Jay Z is launching his first men's fragrance just in time for the holidays.

The fragrance "GOLD JAY Z" will debut at Barney's New York on November 20th as part of his collaboration with the store, featuring three different sized bottles ranging from $39 to $70. The cologne will hit additional shelves at 2,000 department stores on Black Friday, November 29th.

According to reports, the rapper and entrepreneur reportedly rejected 3,200 names before settling on one that was just right. He picked up one of the bottles saying, “this is the sh*t; it's gold."

“I was impressed with JAY Z’s style and confidence and was drawn to the ease with which he carries himself and all of his success,” says Ilias Ermenidis in a press release announcing the launch.

“He has a natural cool that people want a piece of. In developing GOLD JAY Z, I wanted to capture both the vibrant ambitious part of JAY Z’s charismatic persona and his effortless style that he naturally embodies through a fusion of notes chosen by JAY Z.”

We were unable to find additional information from the fragrance's official site, JAYZGOLD.com, which directed us to the web hosting company GoDaddy and doesn't launch until November 29th.

Recently the 17-time Grammy award-winner came under fire for his Barneys New York collaboration after two lawsuits accused the store of racial profiling.

After intense pressure from the public to make a statement and pull out of the deal, the 43-year-old released a statement over the weekend explaining he was simply waiting on all the "facts" before responding.

He said that he is "not making a dime" from the collaboration. The Shawn Carter Foundation, which provides college scholarships to students with financial need, will get 25 percent of the profits. 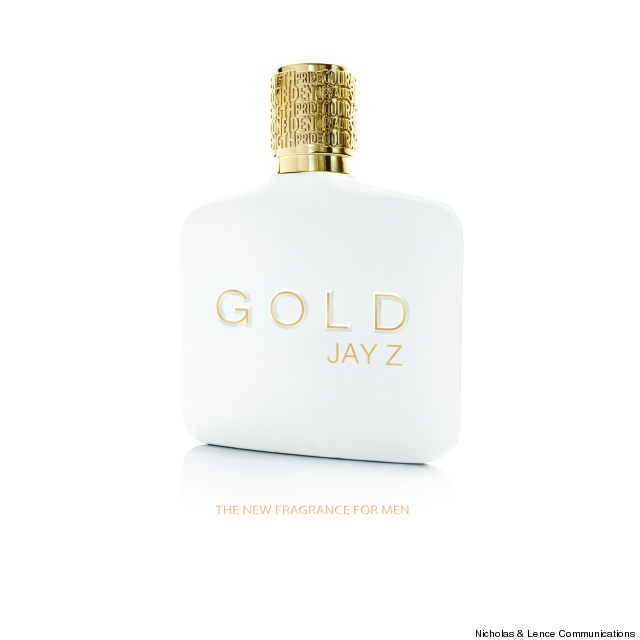