First Jay Z announced his new album, "Magna Carta Holy Grail" in the middle of the promotional period for Kanye West's "Yeezus." Then the former hit the road with Justin Timberlake on the "Legends of the Summer" tour, performing "N----s in Paris" despite having never previously performed it without West present (the song is off the duo's "Watch the Throne" album). On Friday, Jay struck again.

Shortly after West announced The Yeezus Tour (his first solo jaunt in five years), Jay Z took to his website to share routing for the North American leg of his Magna Carta Holy Grail World Tour -- with an on-sale date of Sept. 12, one day before tickets to West's concerts go on sale.

Both hip-hop stars have somewhat recently addressed each other from a distance. West snapped that he wasn't a fan of "Suit & Tie," seemingly a reference to Justin Timberlake's comeback single, which features Jay Z. (It's worth nothing that he may have meant "suit and tie" as a stand-in for a corporate mentality.) Jay told Zane Lowe that he and West had a brief falling out over the decision to include "Holy Grail" on Jay's solo album. West thought it should be saved for "Watch the Throne 2," the supposedly coming follow up, and the pair was apparently disgruntled enough to forego speaking for a few days.

There certainly isn't enough evidence to confirm any ill-will between the two partners, and it's important to remember that announcements of this scale are usually planned well before they hit Twitter. Jay's tour is being put on by Live Nation while West's is an AEG undertaking, so there are some rival corporate interests at play. But perhaps their vastly different creative arcs have also allowed for more separation that usual. After all, West has made a living bashing corporations and absconded pure rap for a wildly experimental sound on "Yeezus" while Jay sold a million copies of the record to Samsung before fans could even get their hands on the LP.

What remains to be seen, of course, is whether or not the doubled-up on-sale announcements negatively affect either artist, and if so, who will suffer the most. On the one hand, Jay's music and overall aesthetic has grown more accessible for pop listeners (he did just tour with a former member of *NSYNC), so perhaps there's a larger target audience there. ("Magna Carta" wildly outsold "Yeezus.") Conversely, the fact that Kanye hasn't mounted a solo tour in years could tilt the scale in his favor, given that Jay not only just finished the Timberlake tour, but has toured pretty regularly over the past few years.

So, dear reader, what say you? If you were going to buy tickets to one top level hip-hop show season, who would you see?

I told Jay I did a song with Coldplay

Next thing I know he got a song with Coldplay

Then I went and told Jay Brown

Shoulda known that was gonna come back around

Shoulda talked to you like a man, shoulda told you first

But I told somebody else and that's what made shit worse 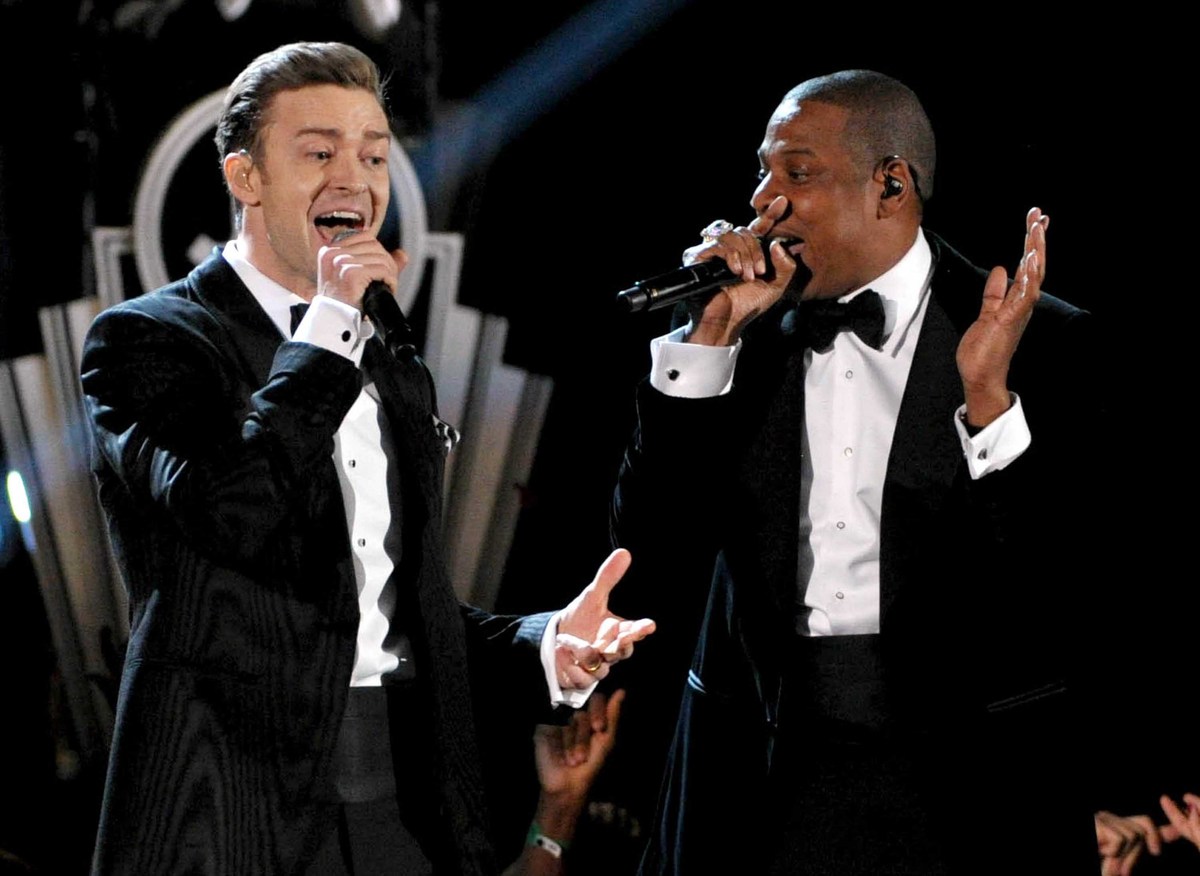