Jay-Z music and F. Scott Fitzgerald prose: two great tastes that taste great together? Apparently so! At least for director Baz Luhrmann. The Australian director used Jay-Z's tunes to break the ice on the set of his highly anticipated adaptation of "The Great Gatsby."

"On my first day he had Jay-Z pumped up full, and we did the entire scene with, you know, Jay-Z in our ear on full blast while acting, and it was just so liberating," Isla Fischer told MTV's Josh Horowitz on the set of her next movie, "Now You See Me."

Fisher, who plays Myrtle in the film, said Luhrmann "understands actors" and how "exposed" they feel. That's great and all, but she doesn't say what Jay-Z song was playing. Come on, Isla! (Fingers crossed it was "Heart of the City," just because.)

Starring Fisher, as well as Leonardo DiCaprio, Carey Mulligan, Tobey Maguire and Joel Edgerton, "The Great Gatsby" hits theaters on Christmas Day. Next time you listen to Jay-Z, pour a little out for Myrtle. (Spoiler, but: read the book?)

PHOTO GALLERY
Beyonce at the Knicks Game
Download
Calling all HuffPost superfans!
Sign up for membership to become a founding member and help shape HuffPost's next chapter
Join HuffPost 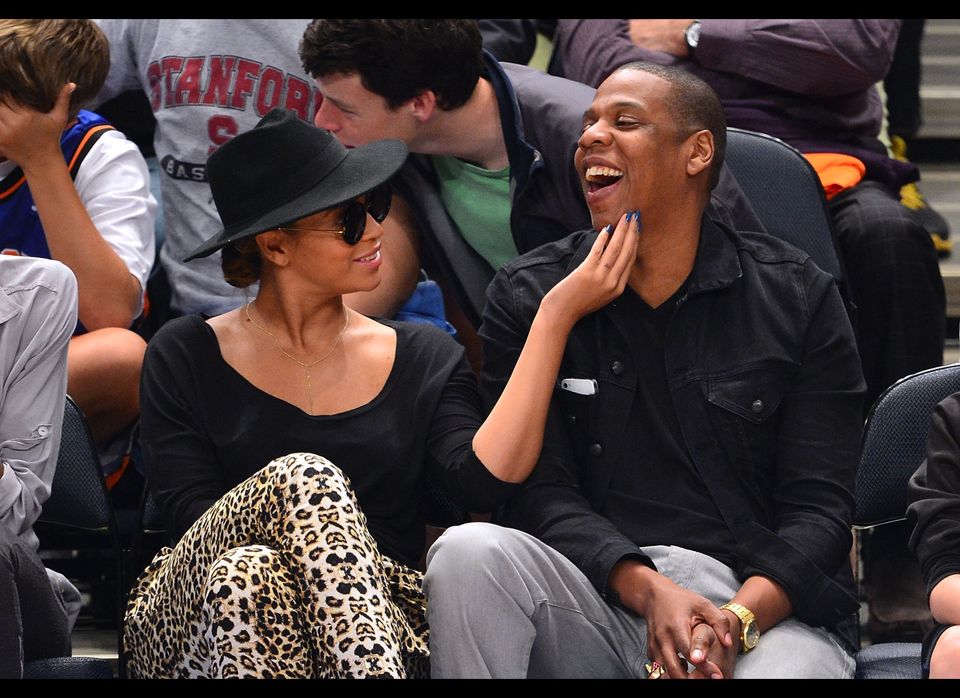