Jay-Z will be bringing his talent to Austin this year. The rapper will perform an American Express-sponsored show on March 12 at SXSW Interactive, and it will be streamed live on the internet.

Pitchfork reports that attendees of the festival who have both American Express cards and Interactive badges can gain access to the concert by syncing their Twitter account with their cards.

SXSW used to be known solely for showcasing upcoming band and musicians, but the festival has featured larger acts in recent years. Muse and Nas have played "South By" in recent years, and the Foo Fighters performed at a closing party for SXSW Interactive just last year.

The 8 p.m. show is part of both "Amex Sync" and Austin City Limits Live.

Jay-Z performed in Austin last year when he surprised fans at a G.O.O.D. Music showcase put on by Kanye West. West and Jay-Z were joined by Mos Def, John Legend, Kid Cudi and more.

News of this year's performance comes amid legal troubles over his 2000 hit "Big Pimpin,'" as the nephew of Egyptian composer Baligh Hamdy threatens to sue Jay-Z over a sample used in the song.

The rapper who was born Shawn Corey Carter has kept himself surprisingly busy as a new father, selling out two shows at New York's historic Carnegie Hall and joining Radiohead's Thom Yorke on the "Word Above the Street" campaign, which seeks to raise awareness about water conservation.

Both Jay-Z and his wife Beyonce are reportedly working on new albums, but they've been somewhat out-shined by the star wattage of the newest member of their family, two-month-old Blue Ivy Carter. The baby's had quite the career so far, appearing on the Billboard charts and drawing adoration from famous friends like Gwyneth Paltrow.

If you can't make the trip down to Texas this year but still want to catch Hov in all his post-baby glory, check out the live stream here.

Jay-Z At SXSW: Rapper To Perform For American Express During Festival's Interactive Session 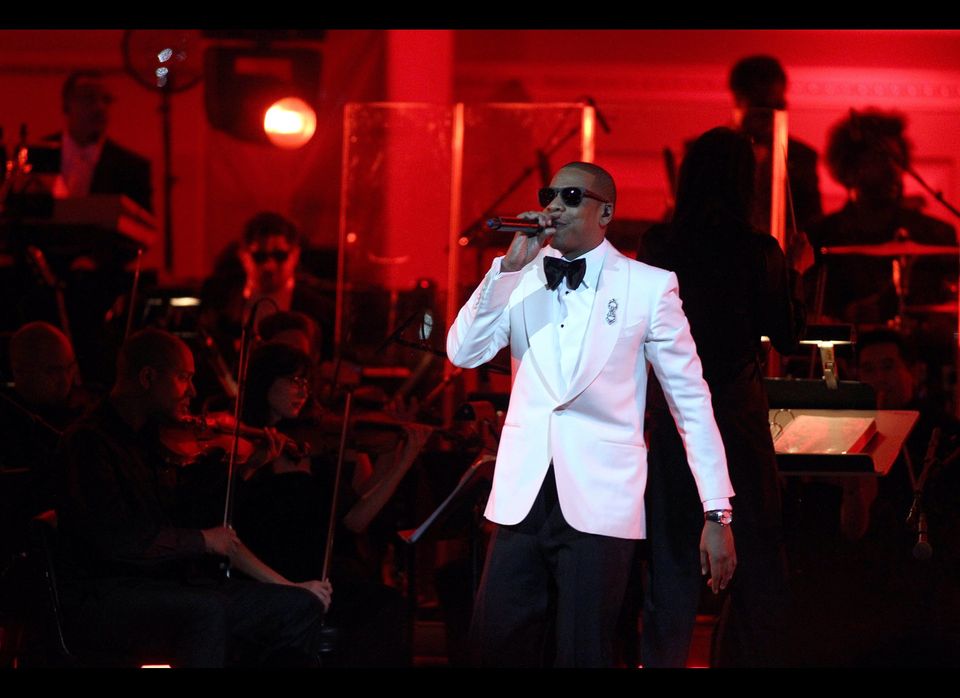