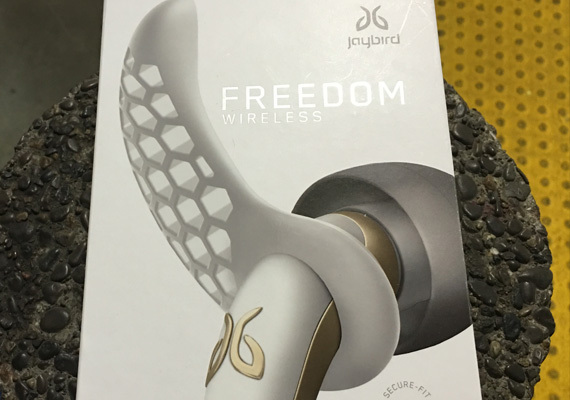 2016 has proven that wireless earbuds have become mainstream. To prove this, even Apple is allegedly jumping on the wireless earbuds bandwagon with the iPhone 7. Judging by reviews from Wired, Gizmodo, and Mashable, you would think that Jaybird finally hit the sweet spot. However, after using the Wireless Freedom for a week, I can safely say that even though these $200 wireless earbuds are the best ones available, they still leave something to be desired.

The Wireless Freedom are small and come with several different type of ear tips to make sure you find the ultimate fit. There is a wire that holds them together and fits behind your neck. Unfortunately, you can still feel the wire, especially after heavy exercise activities. The buds aren't guaranteed to stay in your ears no matter how perfect of a fit they seem at first. Still, the fit of the Wireless Freedom is better than anything else on the market, but that's not saying much.

The most important thing is the sound and, for the most part, the Jaybird Freedom delivers. You'll get better sound quality with the Sennheiser M2 Wireless, the Bowers & Wilkins P5 Wireless, or even the brand new Bose QC 35 Wireless. However, you'll also end up paying up to $150 to $200 more. The Freedom buds offer a balanced sound with noticeable bass. At times, you'll wish there could be more, but you'll appreciate the sound for what it is. As with all earbuds, the more they hang outside your ear canals, the more tinny they will sound. 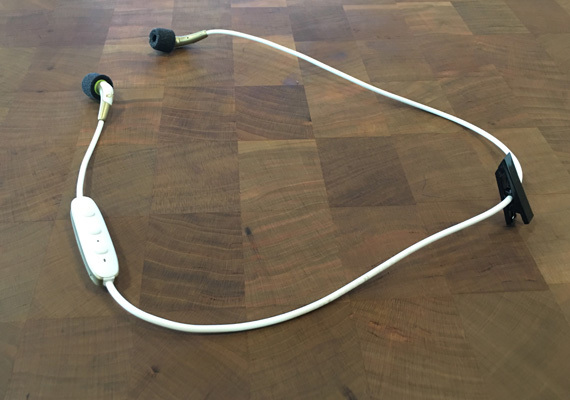 The Jaybird Freedom Wireless battery life could use improvement.
[Photo by Daryl Deino]

Jaybird claims you'll get four hours of battery life without the charging clip, which adds weight to the buds and gives you a couple more hours of use. I actually was able to get almost five hours without the clip and almost eight hours with the clip. Still, that's not enough. You want to use your Bluetooth headphones without having to worry about charging them during the day and you can't with the Jaybird Freedom buds. The charging clip is a great idea, but it adds weight to the buds that, in the first place, feel a little heavy on your ears.

I have to give credit to Jaybird for the MySound app, which customizes your listening experience in a way that the app for the Parrot Zik 3 doesn't. You'll definitely want to turn off your native equalizer and use the one in Jaybird's app instead. The app came in most handy when listening to the BPM EDM channel on Sirius XM, an app that doesn't have its own native equalizer.

I also found that there were connection troubles at times. While using the earbuds with the iPhone, the connection would sometimes go out -- something that never happened when using the buds with the Samsung Galaxy S7. Turning off the buds and turning them back on easily fixed the problem. It could just be a software issue, and, truthfully, it wasn't a huge disability to the Freedom earbuds.

The voice quality for calls was okay, but people on the other end definitely asked me to repeat myself a couple times -- and this was from being at home rather than a noisy environment such as the gym. Even though the Freedom earbuds don't have active noise cancellation, they block enough noise where you can hear the person you're talking to decently when in a somewhat noisy environment.

The Jaybird Freedom earbuds are made for those who work out, and it was a pleasure working out without having to worry about positioning my headphones in a different position on my head so they wouldn't fall off. They stick in your ears well, for the most part. As a matter of fact, the Jaybird Freedom buds are so good for working out that you'll wish other aspects were improved so you can make them your go-to listening Bluetooth audio device. However, once you get out of the gym, you'll probably want to use wireless headphones from Bose, Sennheiser, or Bowers & Wilkins for the rest of the day.