Imagine drifting off to sleep in your childhood bedroom, the walls adorned with soft shapes and pastel hues. Right as you begin to doze off and enter the world of dreams, you hear the strange yet familiar sounds of bodies getting physical in the next room. Suddenly visions of stuffed animals and cartoon wonderlands morph into kaleidoscopic clusters of fleshy parts and body cracks. You're somewhere between a dream and a beautiful nightmare.

We reached out to the artist to learn more about her work. 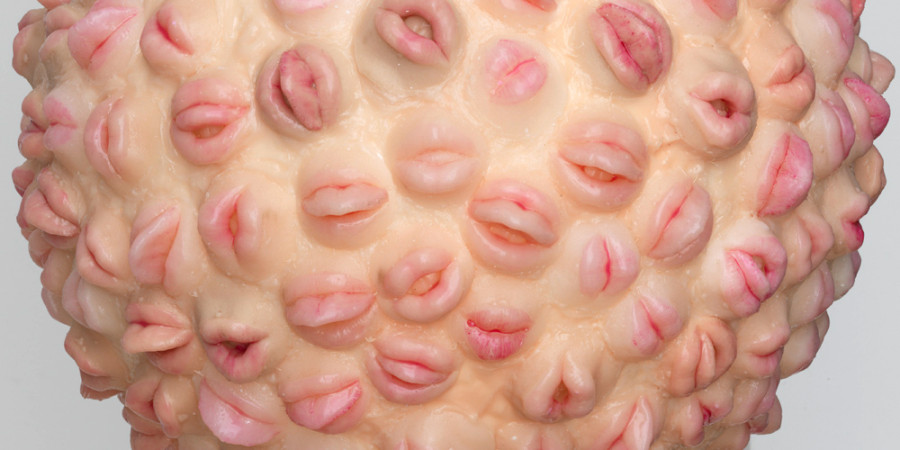 Your works address sexuality and yet have a childlike vibe to them. What was your relationship to sexuality growing up? Does your work address this adolescent view of sex?

I combine sexuality with a childlike aesthetic as a way of making the subject feel warm, welcoming, and innocent, in contrast to the cultural stigma surrounding sex, which often inflicts shame or guilt. My work attempts to separate the ego and personality from sex, capturing a personal, genuine, and non self-conscious connection, as opposed to the extroverted, superficial, culturally designated idea of “sexy.”

In America, girls commonly idealize porn stars visually, and are misled to believe that power is acquired via sex. There is the idea that "tough" or "strong" or "aggressive" is sexy. But the core value of being a strong woman (mentally) has been disconnected and what remains pertains only to superficial looks and sexual appeal. With time, I began to feel that the cultural ideals of “sexy” were absurd and cliché, and my focus became works that were intentionally void of personality. The lack of complication inflicted by ego combined with the soft color palette and textures allows viewers to intimately connect with the works.

There is an extremely tactile nature to your sculptures. How do you select your materials?

The materials I use are mainly selected for the way they absorb light. I use silicone that is pigmented but left translucent, generally with a matte exterior, so light bounces into the material then back out again. In addition, I frequently use fabric (often plush), yarn, and thread, which are all selected for their soft and light absorbing qualities. In a few works I have also used quartz crystals, which are chosen in order to emphasize the contrast of hard and shiny against soft and matte, while still conveying a positive energy. Color-wise I focus on a subdued, pastel palette. The combination of gentle colors and soft textures has a calming, welcoming, and playful connection with the viewer, while never demanding their attention. 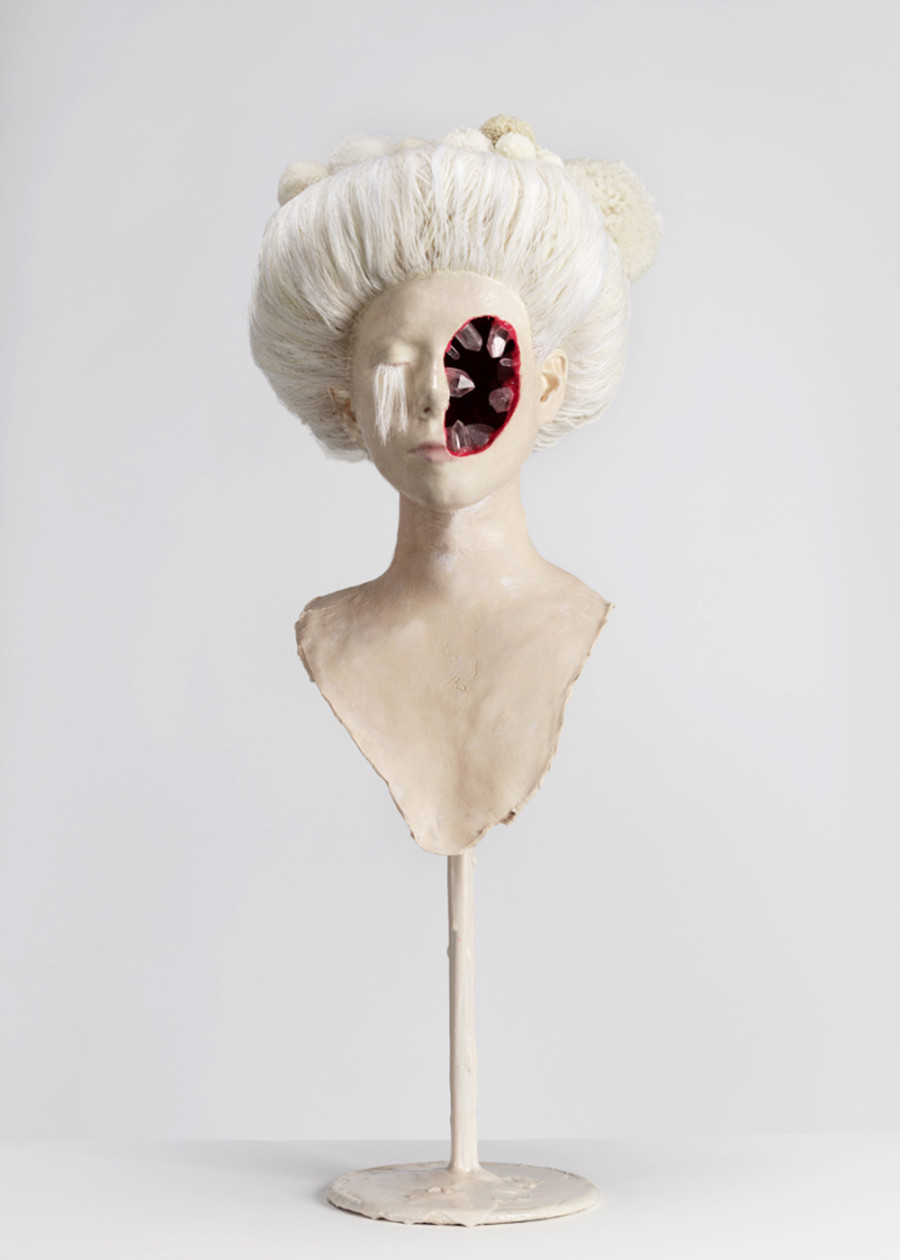 How do the Victorian mannequins fit in?

I believe you’re referring to a work of mine called “Geode,” a sculpture of women’s bust, with an open face revealing that the head is filled with crystals. I currently have two works of women’s faces, both with eyes closed, and long, white eyelashes. The bust stands apart because unlike the majority of my works, which convey sexual themes, this piece is meant to show self-reflection and inner dialogue.

Regardless of its place within my generally sexual oeuvre, though, I feel it fits into my overarching theme of desiring something more genuine. The face is one of a person sorting out their own true feelings, without looking at the outside world for its approval or support. The work uses contrasting materials with a hot pink crystal shard interior, and a pale nude exterior, with flowing eyelashes and soft hair piled high. But while one area is hard and one is soft, nothing is meant to be unpleasant. It doesn’t appear to show a mind that is entirely at peace with itself, but nonetheless, it reflects something positive, intelligent, and ever improving.

What do you hope to communicate about the body through your work?

I use different parts of the body to connect with different ideas. I use lips and breasts (and full torsos in a work in progress) for sexuality, hands for relationships, and faces with closed eyes for self-reflection. In all cases I aim for two things: a universal connection through commonalities (meaning both common ideas and common body parts) uninfluenced by the limitations of personality, and a soft, inviting, and playful presentation that both engages and comforts the viewer. Relationships, love, sex, and the self can be quite complicated in reality, deeply intertwined with the stresses and complications of life as a whole. But, when simplified, they are beautiful.