You may not know its name, but we know you've seen the classic squiggly design that's most recognizable from paper cups.

Yeah, you know what we're talking about -- that purple and turquoise pattern that hits you with giant pangs of nostalgia. The "Jazz" design began showing up on paper cups about 23 years ago. Recently, an AMA request came in from a Reddit user who wanted to know who the designer was. That pushed reporter Thomas Gounley of Missouri's Springfield News-Leader to do some digging. 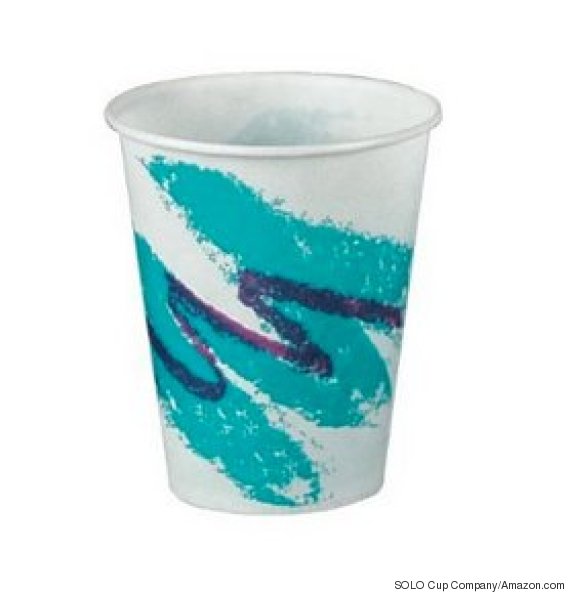 After much investigation, Gounley was successful and last week he discovered that 50-year-old Gina Ekiss, who lives in Aurora, Mississippi, is the iconic design's creator, according to his piece in the News-Leader. Ekiss, who's now a custom frame shop manager at a Hobby Lobby, was met with Internet acclaim as the discovery spread across social media outlets.

The path to finding Ekiss wasn't an easy one. The reporter only knew the designer's first name as well as the fact that she had worked for the Sweetheart Cup Company, which was later bought by Solo Cup Company. He eventually found a tweet from a person claiming to be the creator's daughter, according to his article. After looking through public records and coming across Ekiss' name and address, Gounley drove to her house and confirmed his suspicions.

Turns out, Ekiss had created Jazz as part of an internal cup design contest at the Sweetheart Cup Company in 1989, after outside design firms had came up with unsatisfying results. Ekiss said that Jazz was among three or four different designs she had submitted, and its colors are just ones she felt meshed well.

“I just did turquoise, or teal, because that’s one of my favorite colors,” she told ABC News. “I wanted another overlapping color that would work well together. I just liked the purple with it and everybody seemed pleased with that.”

The 50-year-old still keeps a few products with the Jazz design in her house, and says it's "insane" that her artwork has become such a memorable part of '90s culture.

Phew! We can all breathe easy now that this pressing mystery's finally been solved.