Baz Luhrmann's "Gatsby" reintroduced us to the quirky naivete of '20s slang. You can't help but feel sorry for ol' Gatz as he endearingly calls just about everyone "old sport," in a feeble attempt to seem refined. But something about the phrase makes it playful, evocative, and almost childlike. Same goes for most words and phrases from the Jazz Age -- they're somehow just better.

If the slang of an era is indicative of its general mood (and we're sure it must be! We children of the Internet use way too many abbrevs.), '20s language screamed "amusement."

Rather than "teasing," you'd "razz." Isn't that much more innocuous and fun? Rather than crassly describing a potential date as "sexy," you'd call him "the bee's knees," "the ant's pants" or, oddly, "the caterpillar’s kimono." These monikers perfectly capture the light, flirty feeling of new love. They're metaphorical rather than blunt, and they show off the figurative side of language, which is exactly why we should bring them back.

Of course, it wasn't all silliness and repartee (as both Fitzgerald and Luhrman's versions of "The Great Gatsby" reminded us), and whether or not the Prohibition Era was as rousing as its language is up for debate. Still, the sheer number of alcohol-related slang words tells us the Jazz Age was nothing if not a little spifflicated.

We think these 11 slang phrases from the 20s should be resurrected immediately. Let us know which you think are the tiger's spots, and which are total applesauce:

Dead soldier
An empty beer bottle, of course! This expressive phrase reminds partygoers of the solemnity of running out of drink.

Giggle water
A synonym for any intoxicating beverage. A drink how-to book of the same name, self-published in 1928, included recipes for Manhattans and dry martinis. 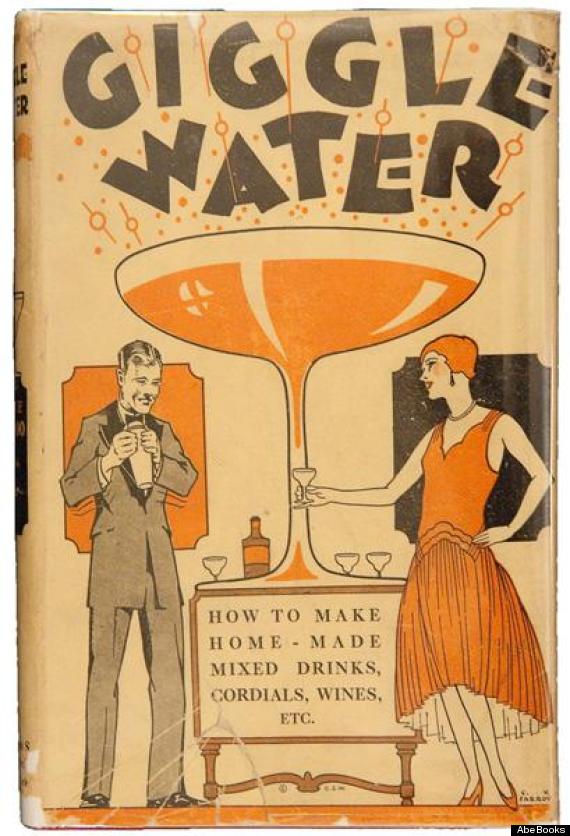 Get in a lather
To get upset or worked up. Can't you just picture a slowly bubbling, foaming rage?

Berries
Similar to "the bee's knees," this word is used to indicate pleasing people and things, as in "that's the berries!" Because what could be more pleasant than a handful of assorted berries? 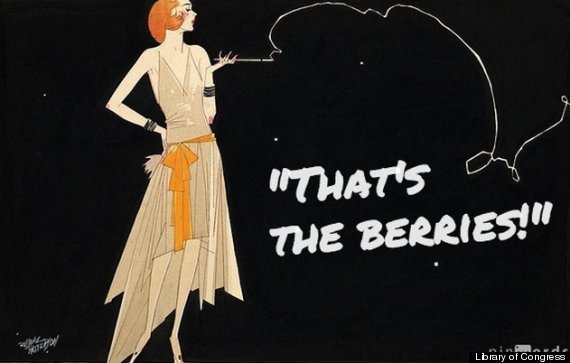 Horsefeathers
An expletive (albeit a tame one by today's standards) used to discredit or decry the words of another. Alternatively, you could shout, "Applesauce!"

Copacetic
Used as a strongly positive affirmation. The origins are fuzzy, and this slang word may not fall under the "delightfully playful" category, but we appreciate its strangeness nevertheless. 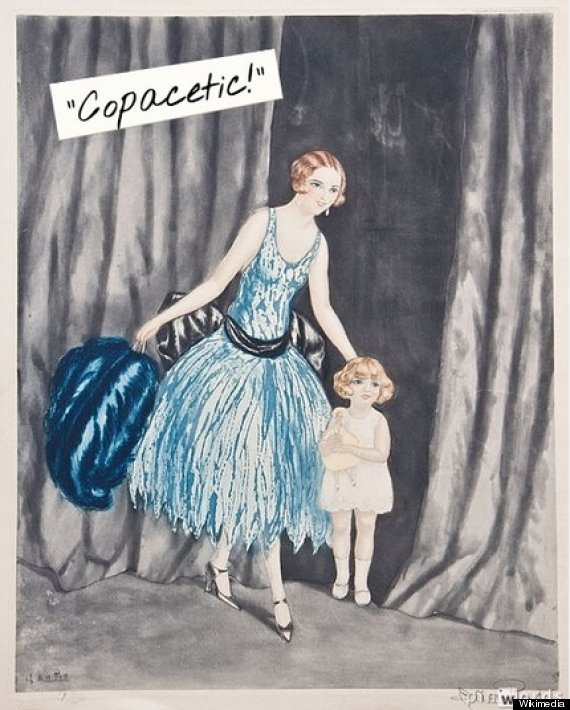 Razz
Another word for teasing. We're glad that this word hasn't completely fallen out of use. 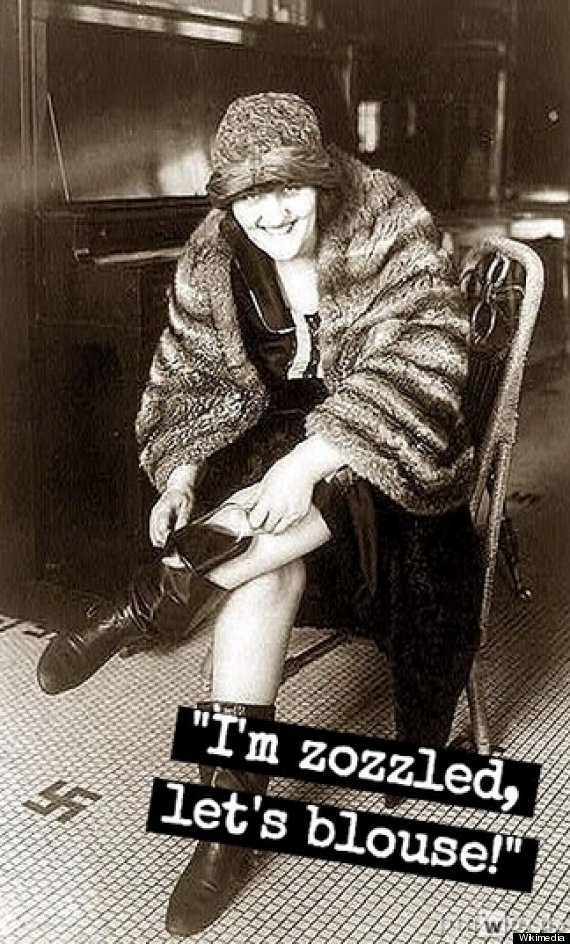 Mind your potatoes
A goofy way of reminding a nosy friend to mind his own business.

Quilt
A drink that warms its drinker.

Nerts!
This expression of amazement can be used in both positive and negative contexts.