There are apparently a magic number of "Purple Rain" covers that cause the heavens to send down the rain, and that was the case this weekend at the New Orleans Jazz & Heritage Festival. 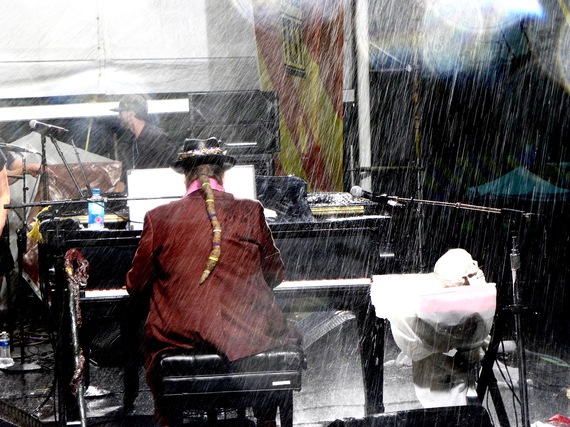 Dr. John, Closing Down Acura Stage in the Rain
Photo by Jeff Beninato

On Friday, musicians including Paul Simon (sporting an Allen Toussaint button), The Dirty Dozen, Lauryn Hill and Irma Thomas were blessed with sunny sets. John Boutté crooned Allen Toussaint's "Southern Nights" to a rapt crowd. Up the track, Tricia Boutté sang Toussaint's "Lady Marmalade." Allen is gone, but his spirit abides. This year Jazz Fest honored him with a statue in the Ancestor's row, a St. Joseph's Day Altar, a second line, and covers of his songs that outnumbered the versions of "Purple Rain." And there were many.

On Saturday, the heavy weather moved in. New Orleans native Jon Batiste & his band Stay Human started off their set with the theme from "The Late Show with Stephen Colbert" where he's musical director. They delivered a funkified take on "St. James Infirmary" as the clouds darkened.

He then joined Dr. John & The Nite Trippers on "Big Shot" during a slamming (to use Dr. John's vernacular) set that included "Iko" and "Make a Better World" with Musical Director Sarah Morrow and members of The Dirty Dozen horns. Wavy Gravy sat stageside and blessed the proceedings with bubbles as the rain turned torrential. 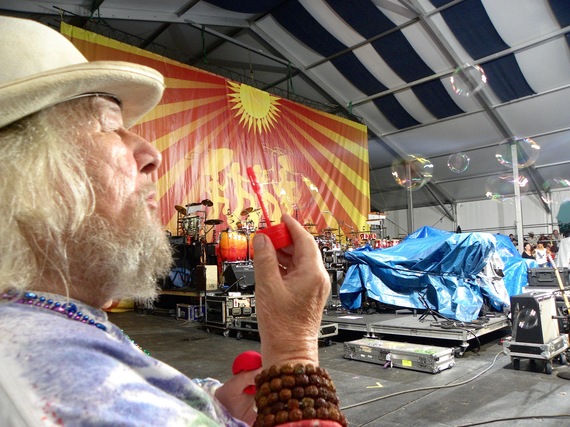 The rain never let up enough to re-open the stages and Stevie Wonder's set was cancelled. But before leaving, Stevie walked out into the rain and sang, through a bullhorn, "Purple Rain" for the crowd. New Orleans' own Queen Diva Big Freedia performed "Purple Rain" earlier, releasing purple balloons.

Jazz Fest honored Saturday tickets again on Sunday to make it up the the crowd who missed out on seeing a full day's worth of music. A tribute to Allen Toussaint hosted by his band included special guests including Jon Batiste, Aaron and Cyril Neville, Bonnie Raitt and Dr. John. Bonnie's scorching set followed, punctuated with a lightning bolt and thunderclap that the band played straight through. 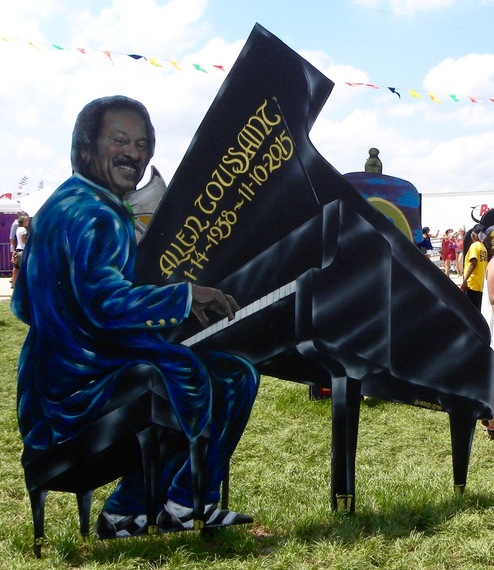 A tribute to B.B. King included his band, Buddy Guy, Elvin Bishop and once again Bonnie Raitt and Dr. John. Arlo Guthrie was over in the Blues Tent telling Woodstock tales to a packed house, and giving a clapback to Wavy Gravy across the track. As far as muddy festival love-ins, there's your full circle. Backstage there was a lot of hugging, and stories from decades of life on the road. On stage there were more Prince and Allen Toussaint covers than at any festival since the dawn of time.

Which is only right.

There have been a staggering number of musical losses in the last year. This weekend, those legends' songs were performed for soggy, dancing, rapt audiences. There is no better place than New Orleans Jazz Fest to lay spirits to rest with music, through the pouring rain. 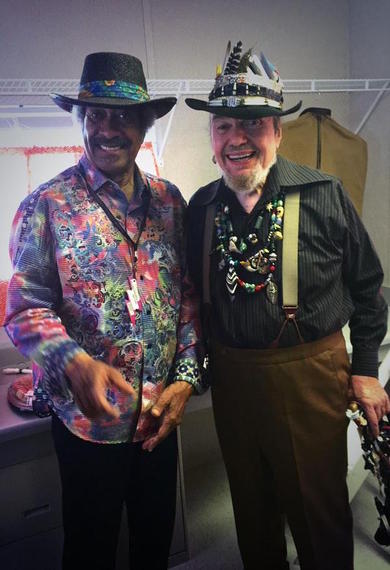