J.C. Penney, once a powerhouse department store chain that anchored shopping malls across America, has fallen into a state of decay.

The retailer's stores aren't up to par, despite broad changes in recent months under new chief executive Mike Ullman, according to a 17-year veteran employee who spoke on condition he not be named for fear of retaliation by his employer.

The J.C. Penney employee shared a collection of photos with The Huffington Post, snapped in store visits around the nation, that reveal the deterioration of the once-mighty retail giant as it seeks to regain its former glory.

"What you'll see is that the J.C. Penney brand is going down the hill big time," the employee said. "Racks are messy, visual presentation is non-existent and [former CEO] Ron Johnson's 'shops' are not being kept up or filled with merchandise. It's sad to see the brand devalued." 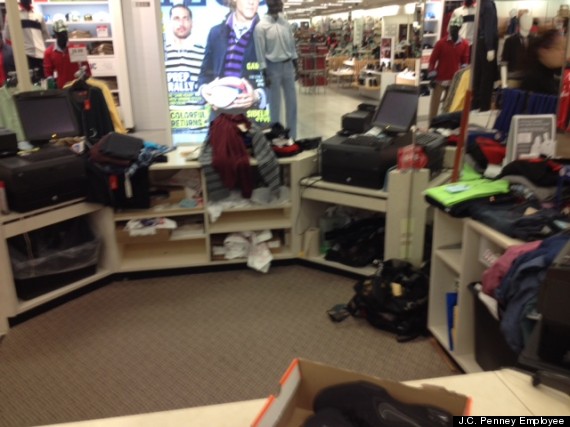 Someone should probably clean this up. 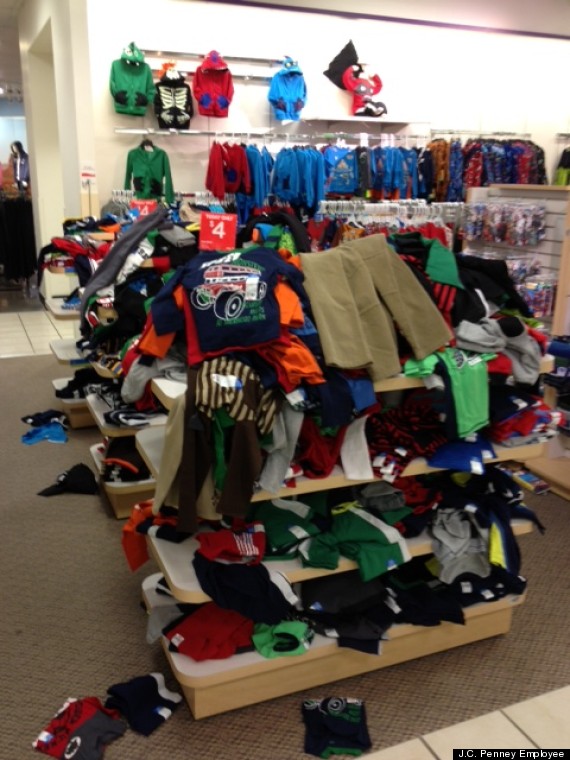 A rack of clothes lingers in an unrelated section. How did it get here? 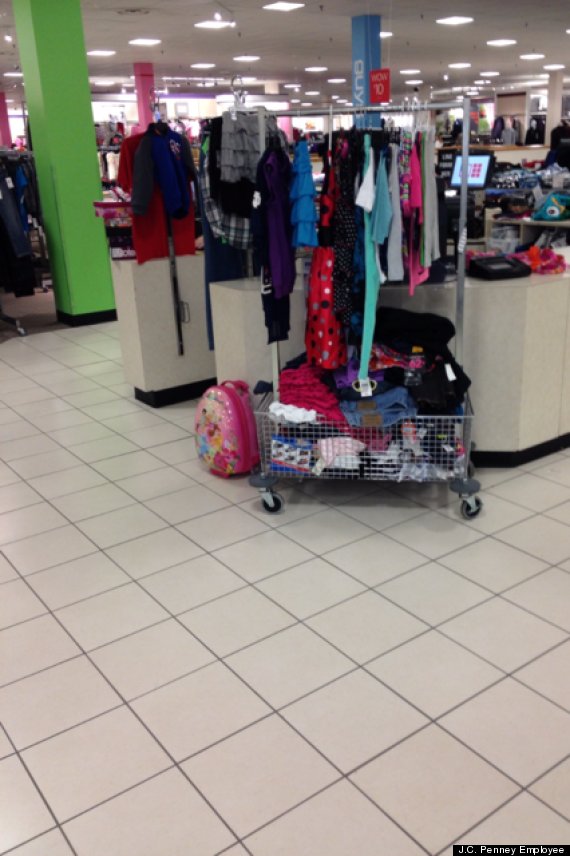 Some of this Indianapolis Colts merchandise is lying on the sales floor. 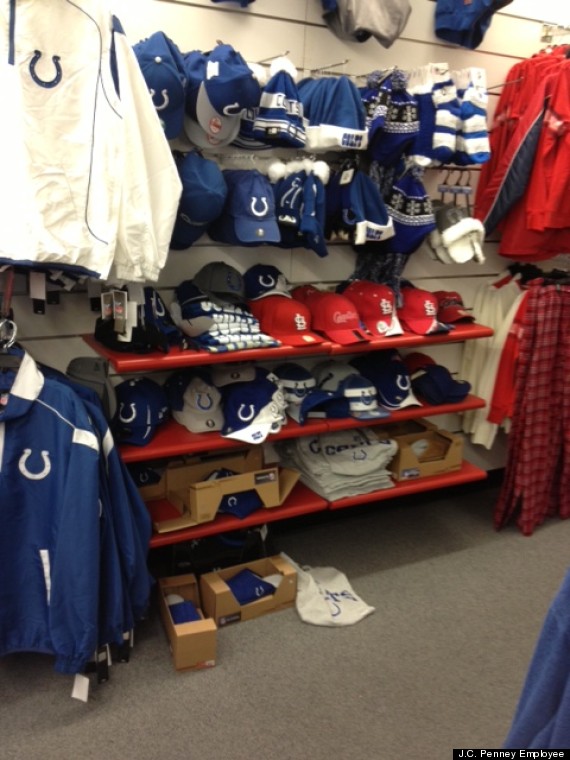 Merchandise left all over the floor. 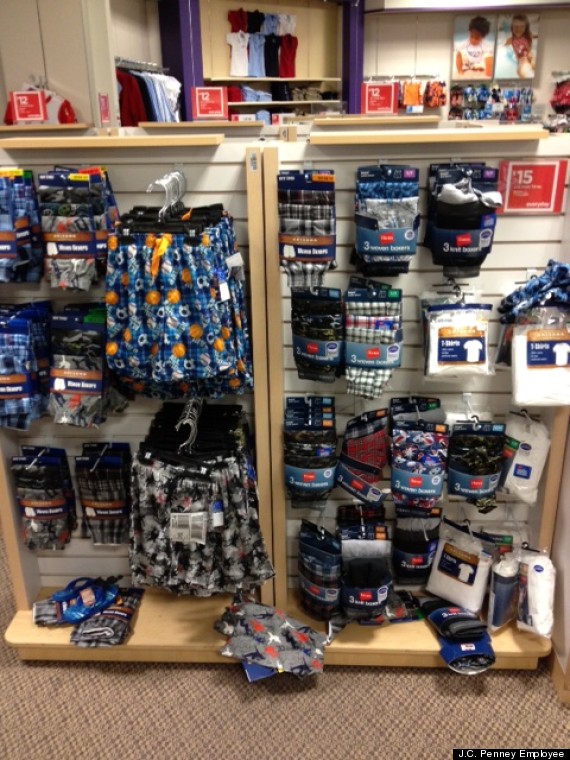 This Levi's shop inside J.C. Penney -- one of the previous regime's creations -- isn't filled with nearly enough merchandise. 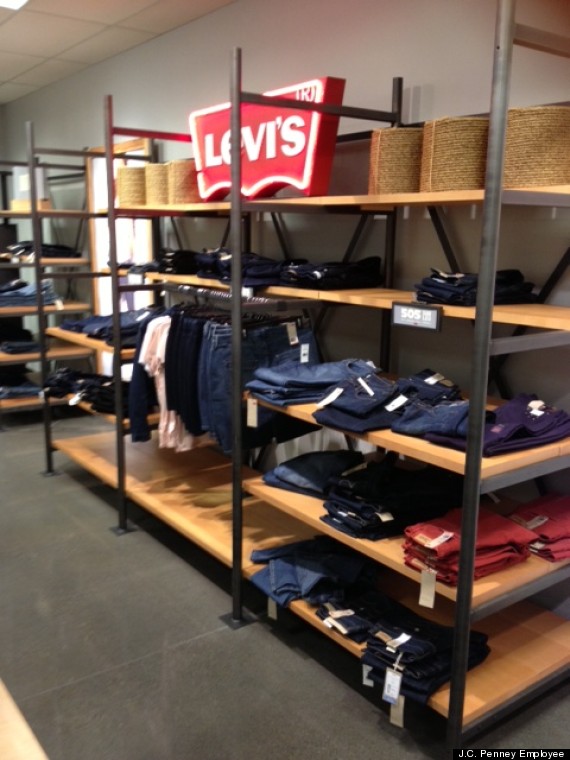 Repeated clearances are getting out of hand. 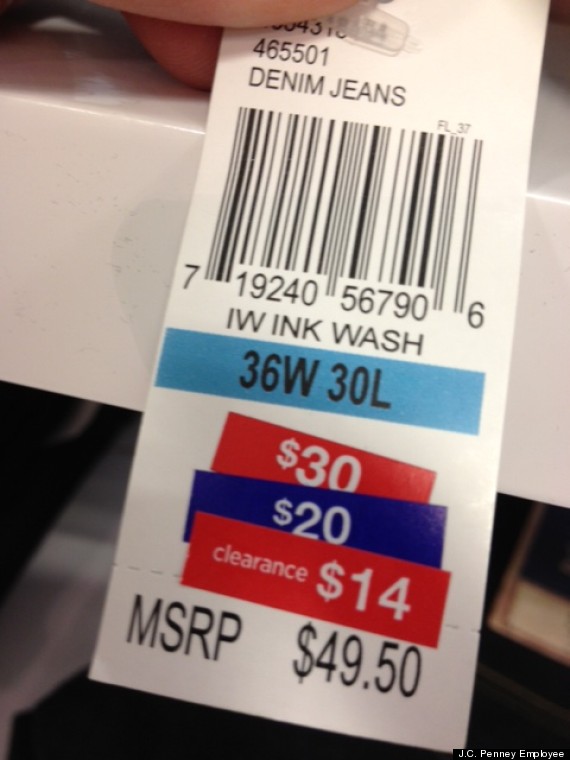 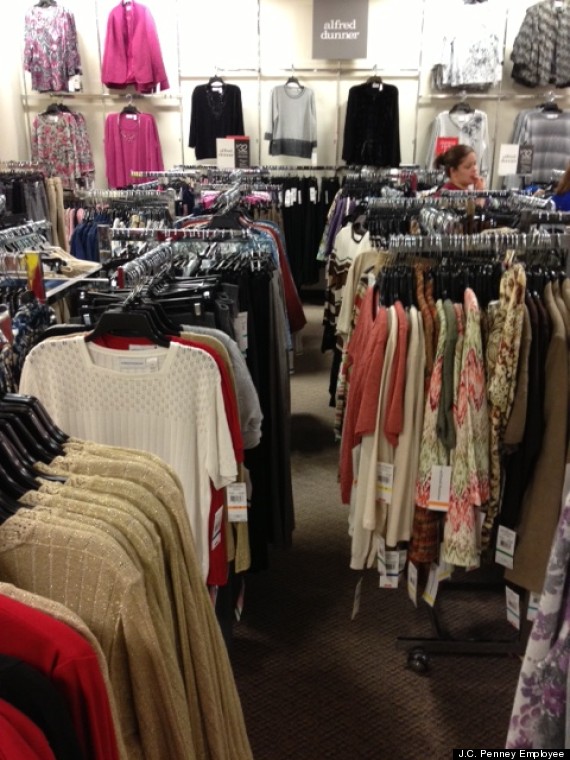 No one has fixed this broken J.C. Penney sign on the outside of the store. 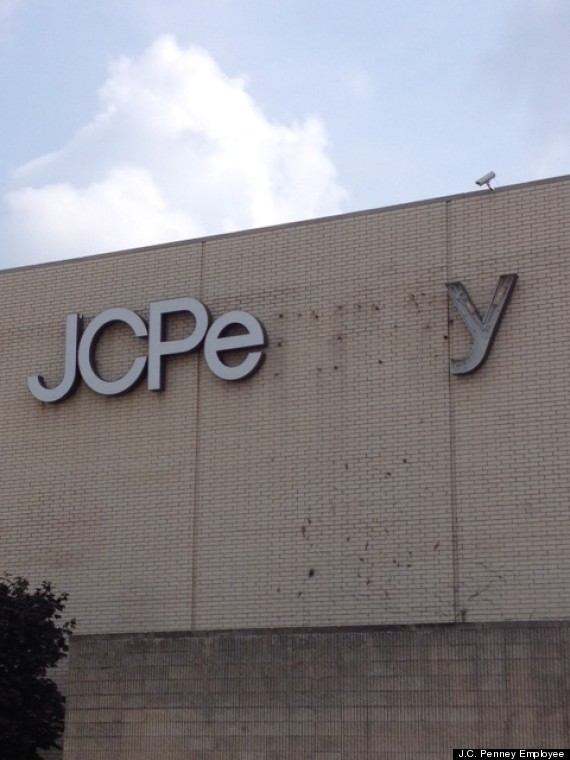 J.C. Penney did not respond to a request for comment.

In recent years, J.C. Penney has endured crushing blows to its business. Ron Johnson, a former Apple retail executive lauded as the retailer's incoming savior, took the reins of J.C. Penney in 2011 and quickly implemented a torrent of new strategies, ridding the store of coupons and revamping physical stores with dedicated individual shops for new brands like Levi's and Joe Fresh. The results were catastrophic, sending J.C. Penney's sales and stock price plummeting, culminating with Johnson's ouster after 17 months at the helm. J.C. Penney reported losing $1.3 billion in 2013.

Ullman, the executive who ran the company before Johnson, was given back his job as CEO in April. Since then, Ullman has rolled back many of his predecessor's initiatives, plugging in old brands that Johnson ignored and reigniting sales and clearances.

Clarification: Language has been amended to indicate that the slippers seen in one photo are intended to be sold in boxes.