J.D. Salinger's 1951 novel The Catcher in the Rye is a prime example of a book whose status has been cemented in American pop culture for decades after it was first published. Countless numbers of readers theorized on the book's meanings, themes, and symbolism. Catcher boasted legions of devoted fans through the years-- many of them famous, and a few downright infamous (More about that later...). However, it wasn't just the story of the book's teenage protagonist, Holden Caulfield, that made its mark on the world. The book's enigmatic author was also a source of fascination for the masses-- an intrigue which continues as we enter 2017. As a result of the juggernaut created by his popular novel, Jerome David Salinger was profoundly affected by his new fame. Many wondered if and when the increasingly reclusive author-turned-celebrity was going to release a sequel to his best-seller-- or, at least, publish another book with the same impact of Catcher. Was that even possible?

George & Co.'s acclaimed Holden, written and directed by Anisa George, explores that post-The Catcher In the Rye era of Salinger's life in a very... shall we say, "unique" way. Now enjoying a revival at New York City's New Ohio Theatre, the fascinating play invites the audience into the middle-aged author's artistic hideaway: an isolated log cabin near his later home in Cornish, New Hampshire. Thanks to painstakingly detailed set design, the stage is converted into exactly what we'd imagine a pre-computer era author's sanctuary would look like-- right down to the old fashioned typewriter atop a messy desk, and white pages of paper hanging from a clothesline. Mr. Salinger (Bill George), however, is not exactly alone... and here comes the play's fantastical aspect: Also present in the cabin are two of those aforementioned infamous devotees of The Catcher in the Rye: Mark David Chapman (Jaime Maseda), who fatally shot John Lennon in 1980; and John Hinckley Jr. (Scott R. Sheppard), who attempted to do the same to Ronald Reagan in 1981. There's also a third visitor named Zev (Matteo Scammell), another twenty-something who seems to be involved less for his love of Catcher than for the thrill of the mission. In the play's generation-defying slant, Zev represents a much later era of history (He declares, "They tried to make me read it in high school, but I couldn't get into it."). The three younger men, we learn, have taken up residence in Salinger's private writing refuge. Their quest is to get Salinger, whom Chapman calls "The Boss", to publish once more. The author is oblivious to their presence. The three visitors, however, follow every activity of their icon-- which includes typing a few scant words in between calm episodes of Hindu-inspired meditation and explosive episodes of World War II-inspired PTSD. They hover over him, hoping that he will publish something, even though Salinger declares "I told them I'd never publish again!" to himself several times throughout the play. Salinger may be unaware of his visitors, but Chapman, Hinckley, and Zev gradually become more restless: a combination of frustration and literal cabin fever. The audience feels their manic, testosterone-fueled tension as well. Halfway through the play, a nerve-wracking moment comes when the author locks his papers in his safe, quite possibly never to be read by anyone ever again. It only becomes more maddening from that point, for both the audience as well as Salinger's "houseguests". We wonder just how many more theatrical climaxes will follow in Holden...

The posturing intellectual Chapman, the Jodie Foster-obsessed Hinckley, and the mysterious Zev are all savagely portrayed by their respective actors: the equivalent of pressure cookers of unresolved frustration ready to explode without warning. This makes the occasional appearance by Salinger's 10-year old daughter Peggy (an enchanting George Truman) a much needed relief. Both devotees of The Catcher in the Rye, as well as those who are fascinated by the Salinger mystique, will appreciate Holden. The play, however, takes the opportunity to concurrently explore a phenomenon which, sadly, has been proven to be as trans-generational as Holden Caulfield's story: violence in America. While we may know the backstories of Chapman and Hinckley, we eerily learn that character of Zev is a symbolic antecedent to a very different type of violence, one that would tragically become too common in our modern history.

Throughout Holden, the audience may wonder: Even though two of them are based on true historical figures, just how "real" are these volatile visitors to Salinger's cabin? What do they really represent? And what did Salinger-- the author and the man-- have to do with it? As mentioned before, the novel The Catcher in the Rye has been analyzed for decades. Likewise, the message of this renegade theater piece is equally ripe for many interpretations. Let's just say that, as with the novel that inspired it, J.D. Salinger gets the last word. 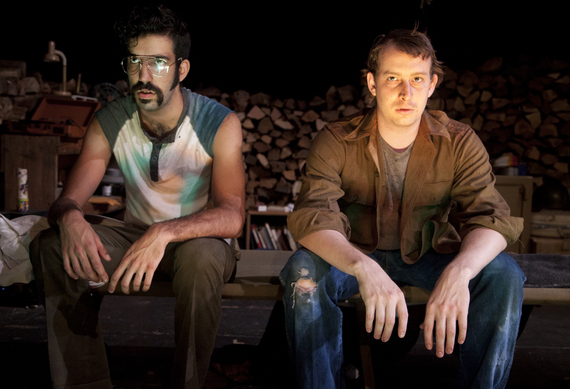 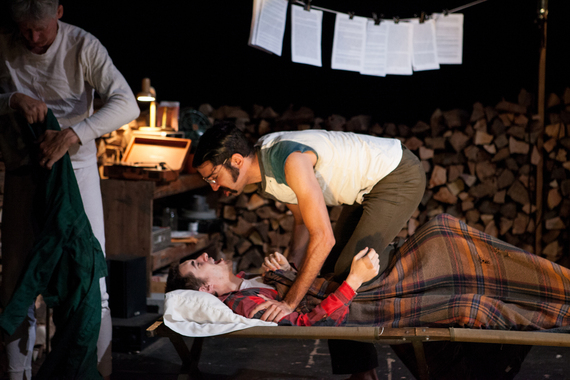 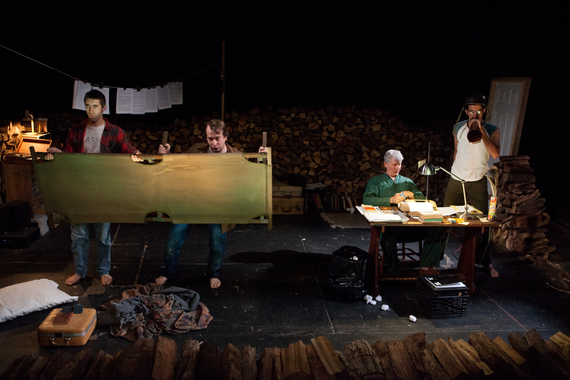 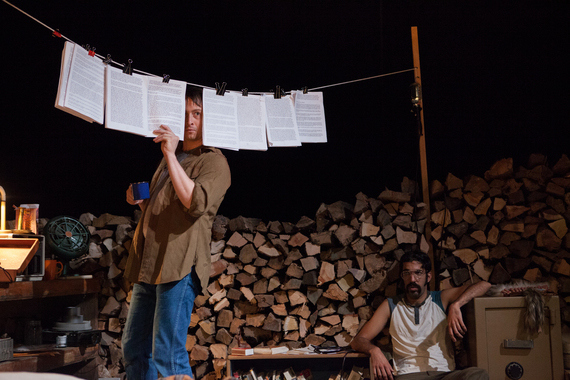 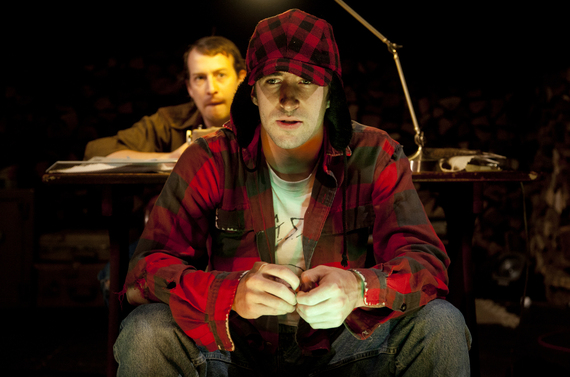 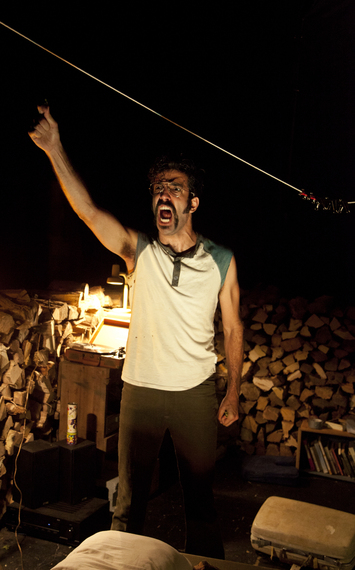