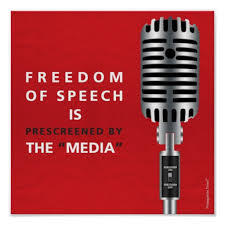 The recent spate of violence in Paris inspired a warranted response of condemnation interspersed with solidarity that made waves across the world. There were twitter handles that inspired and grieved simultaneously. Understandably there was unreserved support for the victims in all aspects of the media.

Then came the need to distribute guilt and that onus fell on the Muslim community at-large. It became incumbent on Muslims to take on some responsibility with their condemnation, despite the disconnect between the religion and the murders, the religious background of the killers was front and center in the aftermath. Since without that connection, it would just be two disenchanted Frenchmen killing 12 other Frenchmen over racial disputes. However to instill some kind of sense into an otherwise senseless act, suddenly this inhuman crime became a battleground of "us and them."

To put things in perspective, the killers were Muslim but so was the policeman who got shot and the Muslim store worker who risked his life to save others but somehow the "Muslimness" of the killers was more compelling and interesting fodder for the media. Hence began the onslaught of religious analysis with rhetorical questions that were asked and repeated with the pretense of understanding the situation, but serving only to demonize about 1.6 billion people while vindicating any individual responsibility incumbent on the perpetrators. I understand that vilification of Muslims attracts ratings but in that process it also serves to inspire potential killers to find a venue where they feel exonerated of any guilt. This approach may be a means to disconnect from the killers but there is a thin line to where this becomes a recruitment tool for the wayward. Religions have been used as the crux of many heinous crimes over the course of history, starting from the crusades and the inquisition to the present time Norwegian killer Anders Breivek who assassinated 77 people in the name of Christianity and the tea party fanatics who went on a killing spree in Vegas. Then there is of course Al-Qaeda and the Taliban and many more militias in Africa and Mexico as well as fringe members of the sovereign nation and white supremacists that perpetrate unspeakable crimes in the name of religion and race. These people are individually responsible for their actions and for having violent tendencies. The common pattern amongst all these factions is the format of organized crime and the presence of isolated violent individuals. To put it into context, Islam does not condone murder just as the U.S. constitution does not allow torture or indiscriminate killing of civilians with drones or guns. However, Islam does confer on you the freedom to pick your sins and being Muslim does not suddenly take away your ability to make independent choices.

Going back to France, in the backdrop of this unspeakable crime the deeper racial tensions in France took a backseat, as the focus suddenly became the caricatures that apparently were the excuse for this attack. There was very little coverage of France's history with Algeria that has led to a marginalized minority in France with deep-seated misgivings towards the government and a continued atmosphere of hostility and mistrust. The issue instead transformed into a conversation of freedom of speech in which any discourse on the freedom to respect Islam became a case of disrespecting the victims. There is no excuse for the crime that was perpetrated and to imagine that if there were no cartoons those men would not have committed murder is wishful thinking. Where I personally may have found some of the cartoons in poor taste, in my mind it is more blasphemous to commit murder in the name of a religion than it is to draw some pictures. Respect for the victims is warranted and consequently, I think we owe it to them to understand the root cause of the crime over and beyond personal prejudice.

I do not intend on depriving anyone from the right to hate, but when you stand up for freedom, you have to stand up for individual actions and personal responsibility. Je suis Sana and I believe in freedom of choice.