According to LePoint, Adolf Hitler met Loret's mother, 16-year-old Charlotte Lobjoie in France in 1917 while on leave from the German front in Picardy.

Lobjoie recalled meeting the German soldier while she was working cutting hay with other women.

"He had some kind of cardboard and seemed to be drawing. All of the women found this soldier interesting and wanted to know what he was drawing. They picked me to try to approach him," she said, according to a HuffPost translation.

The relationship reportedly developed, and Hitler took Lobjoie out for long walks. From LePoint:

"On the rare occasions your father was there he loved to take me on walks trough the countryside. But these walks generally ended rather bad. Your father, inspired by nature, undertook a discours I didn't really understand much. He didn't speak French, and spoke in German, addressing an imaginary audience."

One night, the couple allegedly took things a bit further, and in March 1918, Jean-Marie was born. The boy was later adopted and his mother only revealed his father's identity a few weeks before she died in the early fifties.

According to LePoint, evidence collected by Loret seems to support the Frenchman's claim. A study by the University of Heidelberg reportedly shows that Hitler and Loret have the same blood group. Another study showed that their handwritings are similar.

The Telegraph reports that Jean-Marie Loret's book, Your Father's Name Was Hitler, will be republished to incorporate new evidence supporting his claim.

Adolf Hitler was in power from 1933 to 1945 and led Germany during the Second World War, which claimed the lives of millions of people. He was a corporal in the German army during the first World War and fought in the French trenches. Hitler married Eva Braun in 1945, right before committing suicide. The couple did not have any children. 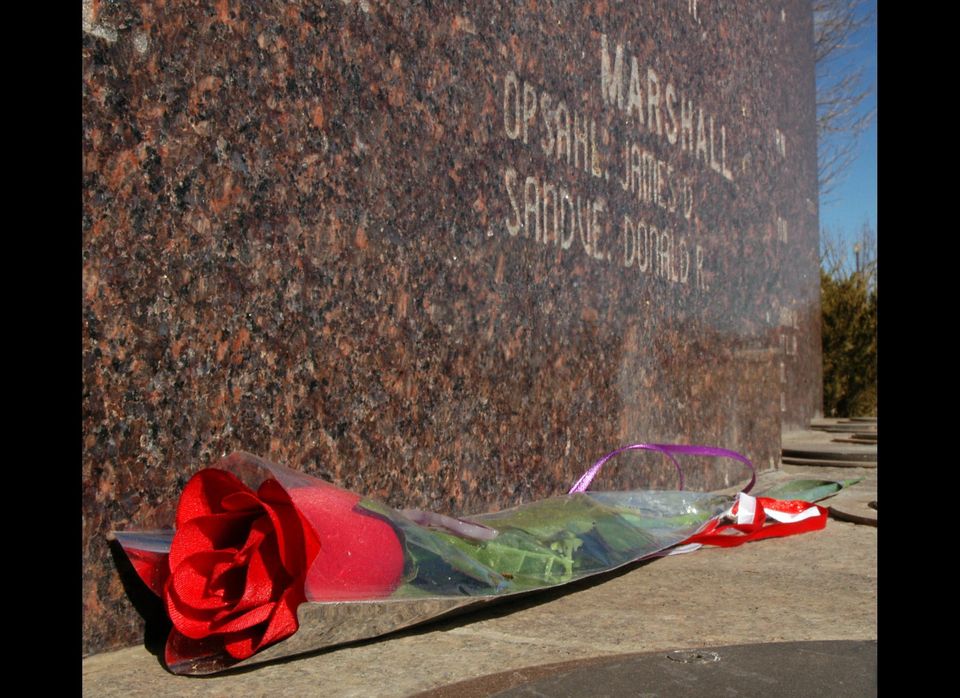 1 / 17
A single red rose lays at the base of a wall denoting the names of the South Dakotans who lost their lives in World War II Wednesday, Feb. 18, 2004 at the state World War II Memorial in Pierre, S.D. (AP)
AP