Designer Jean Paul Gaultier is set to launch his first official lingerie line in collaboration with Italy's La Perla, WWD reports. Gaultier is no stranger to undergarments, having famously created Madonna's cone bra and costumes for Kylie Minogue, but he's shockingly never had his own proper collection. The 27 styles, including corsets, bodysuits and bras, will hit stores in November. They will be priced between $600 and $1,200.

Here's a sneak peek at what you can expect: 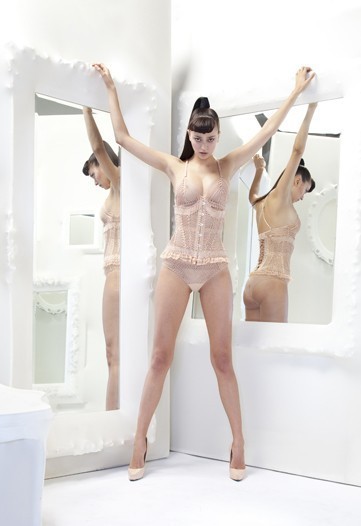