The sprawling loft on Crosby Street in Soho that Jean-Michel Basquiat lived and worked in at the height of his career is allegedly the space being advertised in this AirBnB listing. You'll notice, however, that the art adorning its walls is of a distinctly less adventurous variety than the precocious painter's angsty brushwork and oil stick scrawl: The current décor includes portraits of a cow and a dog, and a painting of some tree trunks against a blood red backdrop. 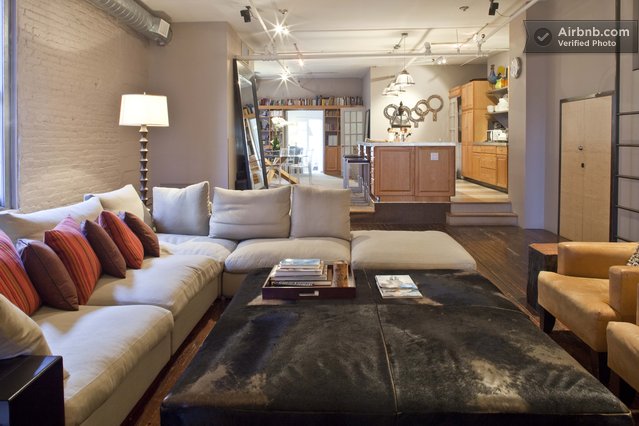 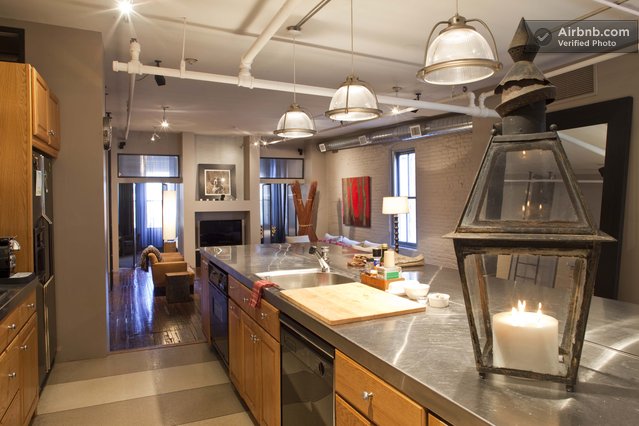 The listing, which is managed by a man who looks like he should be a member of the Royal Shakespeare Company and who goes simply by M.C., describes cobblestoned Crosby Street as "THE HIP street in Soho right now" before boasting: "HISTORICAL TID BIT: This was formally Jean Michele Basquiat's artist loft!"

But, if you think this an invitation to indulge in some Basquiatesque partying while renting out this two-bedroom property -- which, did we mention, will run you $650 per night? -- think again. The house rules for the loft specifically state: "You MUST be very peaceful people. This is NOT a 'party loft' situation. You MUST be able to walk up 4 flights of stairs. No smoking."

Counter-intuitively, in spite of the fact that this is allegedly not a party loft, its amenities include "Suitable for Events," so go figure.

Though Basquiat lived on Crosby Street earlier in the 1980s, the loft where he died in 1988 -- 25 years ago today, in fact -- was a few blocks north on Great Jones Street. 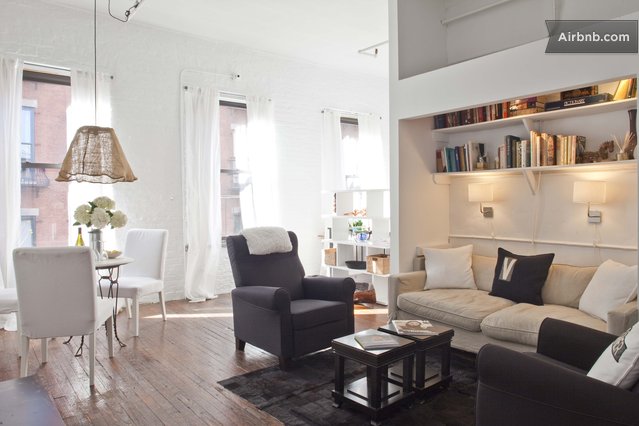 For many, many more pictures, head over to the AirBnB listing.