It's been 40 years since Studs Terkel published "Working," a book packed with 150 people explaining what they do all day - and why.

Jane Saks - whose father was Terkel's friend - hasn't forgotten it. In fact, she's celebrating it by updating it for the 21st century. To do that, she assembled a star-studded team consisting of Chicago architect Jeanne Gang, Pulitzer Prize winner photographer Lynsey Addario, and National Public Radio. 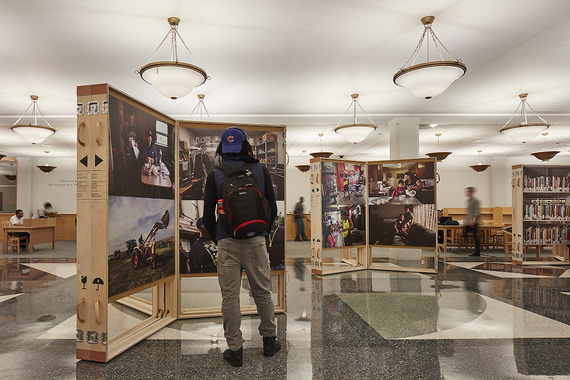 "My work is about using art and culture to collaborate and create new models of cultural participation that have social impact," Saks says.

She's created a three-part, multimedia experience designed to travel the nation's public libraries. "Working in America" tells 24 stories of as many individuals - a veteran-turned-urban-farmer, a high school principal and a professional escort, among others. 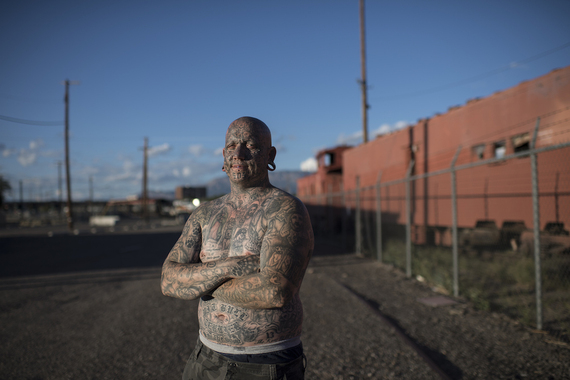 "It's museum quality but accessible to the people," she says. "It's not to be nailed to the floor or walls - it's for multiple spaces."

And it's about issues of economics and equity - the widening wealth gap, access to quality education and the impact of globalization on people trying to make a decent living. "It's about the social inequalities of our time," she says.

Among the three parts is the exhibit designed by Studio Gang, currently on display at the Chicago Public Library's Harold Washington Library Center and designed to travel to libraries nationwide. 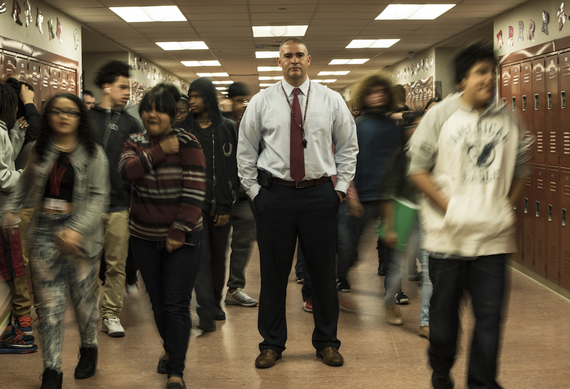 "They're very large photographs of individuals in their workspace - it really draws you in, because the photography is stunning," Gang says. "There's a library shelf for books related to work or labor - and that brings reading and history into the exhibit."

The displays are designed also for a desk element to be inserted, so viewers can actually sit down and get engaged with the story of the people and their photographs. Each birch-wood display folds up for flexible transit - with soft leather handles that won't bruise a librarian's hand when it's unfolded and assembled. 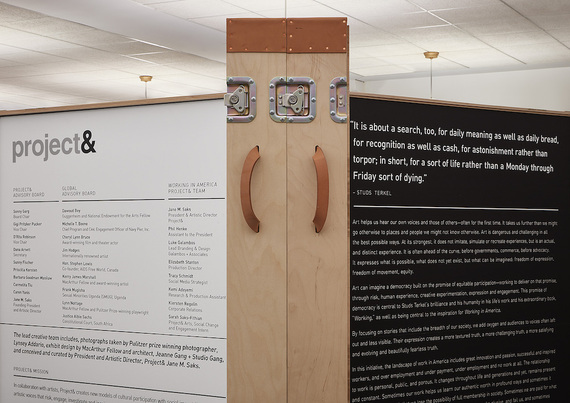 It's that kind of thoughtful work, driven by clients, users and viewers alike, that sets Studio Gang's architecture apart from all others, even in a library exhibition on the nature of labor.

"I'm interested also in how work has changed today - with people working anywhere and all the time," Gang says. "It's so strong to put that in a library, where people are going to search for work today - we thought that would be very impactful."

In addition to the exhibition, there's also a radio series, co-produced by Saks and Joe Richman and featured on NPR's "Morning Edition" and "All Things Considered" this fall. At working.org., members of the public can upload their own stories and photographs to an online archive called "Your Working Story."

"It's about participation - what you take away and what you give," Saks says. "The more participation, the more alive it becomes."