WASHINGTON, June 15 (Reuters) - For months, Jeb Bush has been dogged by questions about his family's presidential legacy, and the formal announcement of his White House candidacy on Monday will do little to quell them.

Relief may come only if and when Bush secures the Republican nomination next year, and it could be from the unlikeliest of places - the person who would be his probable opponent in the November 2016 general election, Hillary Clinton.

A matchup with Clinton, those close to Bush told Reuters, could enable Bush to put his family's past to rest as a hot-button issue.

Because of Clinton's own political history, including her time as President Barack Obama's secretary of state, and her family ties to a former president, the thinking goes, swipes at Bush about his father and brother could backfire by opening Clinton to the same line of attack.

"To the extent she wants to rag on him for his Dad or his brother, Jeb can break off Obama or Bill (Clinton) on her," said John "Mac" Stipanovich, a Florida lobbyist and a Bush adviser.

In that scenario, hand-wringing over whether American politics are dynastic would be off the table, and so-called "Bush fatigue" and "Clinton fatigue" would cancel each other out. Voters would have to choose one or the other.

That said, those close to the former Florida governor's campaign stressed it is far too early to focus on any potential battle with Clinton. First, Bush must navigate a thornier-than-expected path through a Republican primary field that could feature more than a dozen candidates and may not be settled until deep into the primary season. 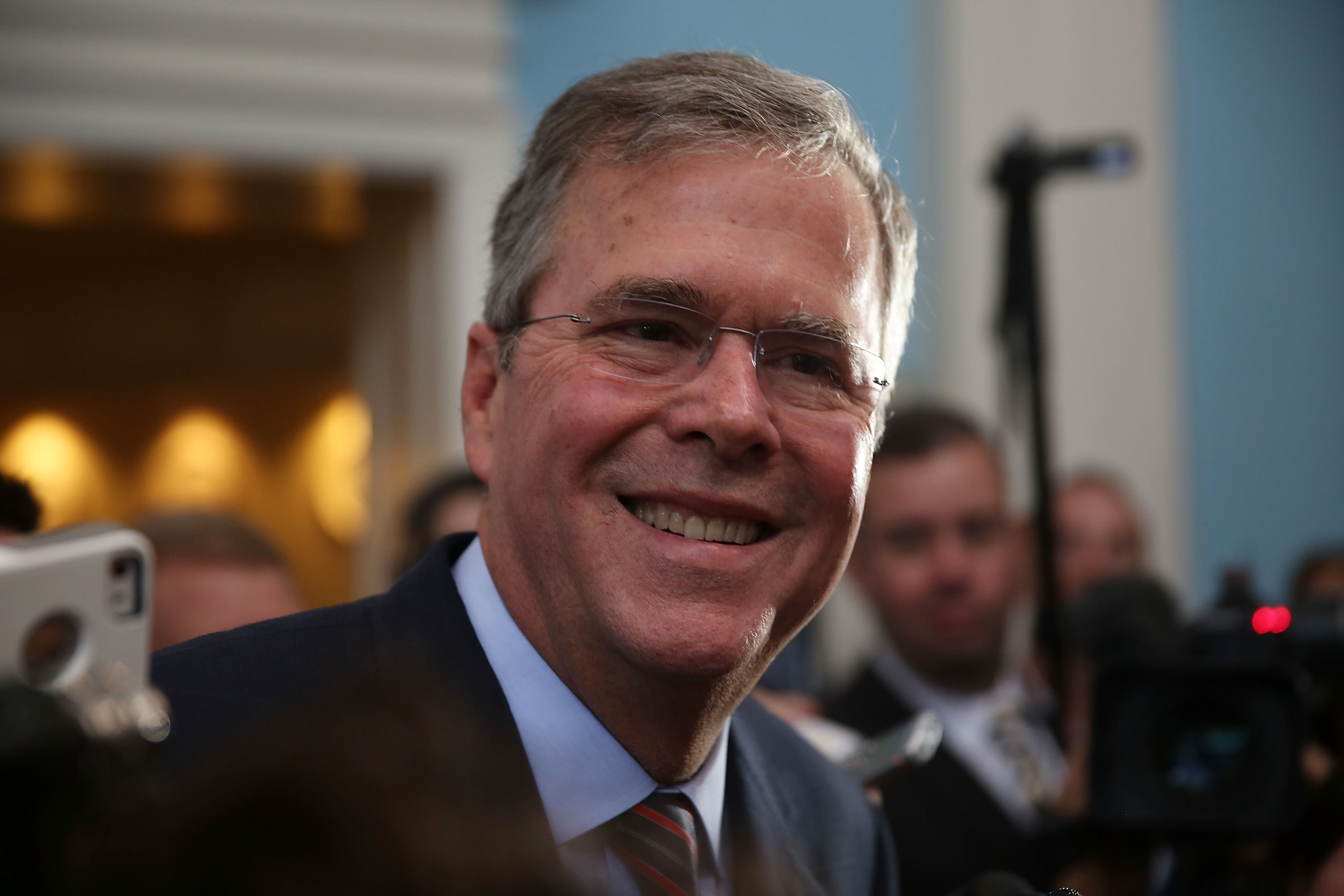 The Bush name was once a gold standard in Republican politics, but since Jeb showed interest in a presidential bid he has been battered by associations with his father and brother. Conservatives view the family - as personified by former President George H.W. Bush - as too moderate, while liberals see brother George W. Bush's presidency as indelibly marked by war and an economy in ruins.

Jeb Bush tripped up last month over whether he would have sent U.S. troops into Iraq as his brother did in 2003. He indicated he would have authorized the war even knowing that the intelligence of the time, over weapons of mass destruction, was wrong. He later backtracked, saying that he had misinterpreted the question and there were mistakes related to faulty intelligence, and took several days to say he would not have ordered the invasion knowing what is now known.

The episode - and the accompanying criticism of Bush - illustrated the challenge he faces in trying to establish his own separate political identity.

But should Clinton be the Democratic nominee, her own record on Iraq could bar her from trying to tie the war, and U.S. foreign policy in the region in general, to Jeb Bush. She voted to authorize the war while a U.S. senator, although she later called her vote a mistake, and helped forge Iraq policy as secretary of state.

"She voted for it," said Tom Rath, a Bush friend and influential New Hampshire Republican powerbroker. "She was directly in charge of the foreign-policy apparatus that dealt with it."

Added Ari Fleischer, a former White House press secretary under George W. Bush: "It will be an impossible case for Hillary to make that Jeb is his brother. Hillary's voting record was in support of his brother."

Clinton could be limited in hitting Bush for being too cozy with the financial industry, because she carries many of the same ties, in part through Bill Clinton. Bush could counter criticism of his corporate board work by citing recent inquiries into donations to the Clinton Foundation. Nor would class-based attacks on wealth - such as the one that helped bring down Mitt Romney in Obama's re-election campaign in 2012 - resonate. Both candidates are worth millions. 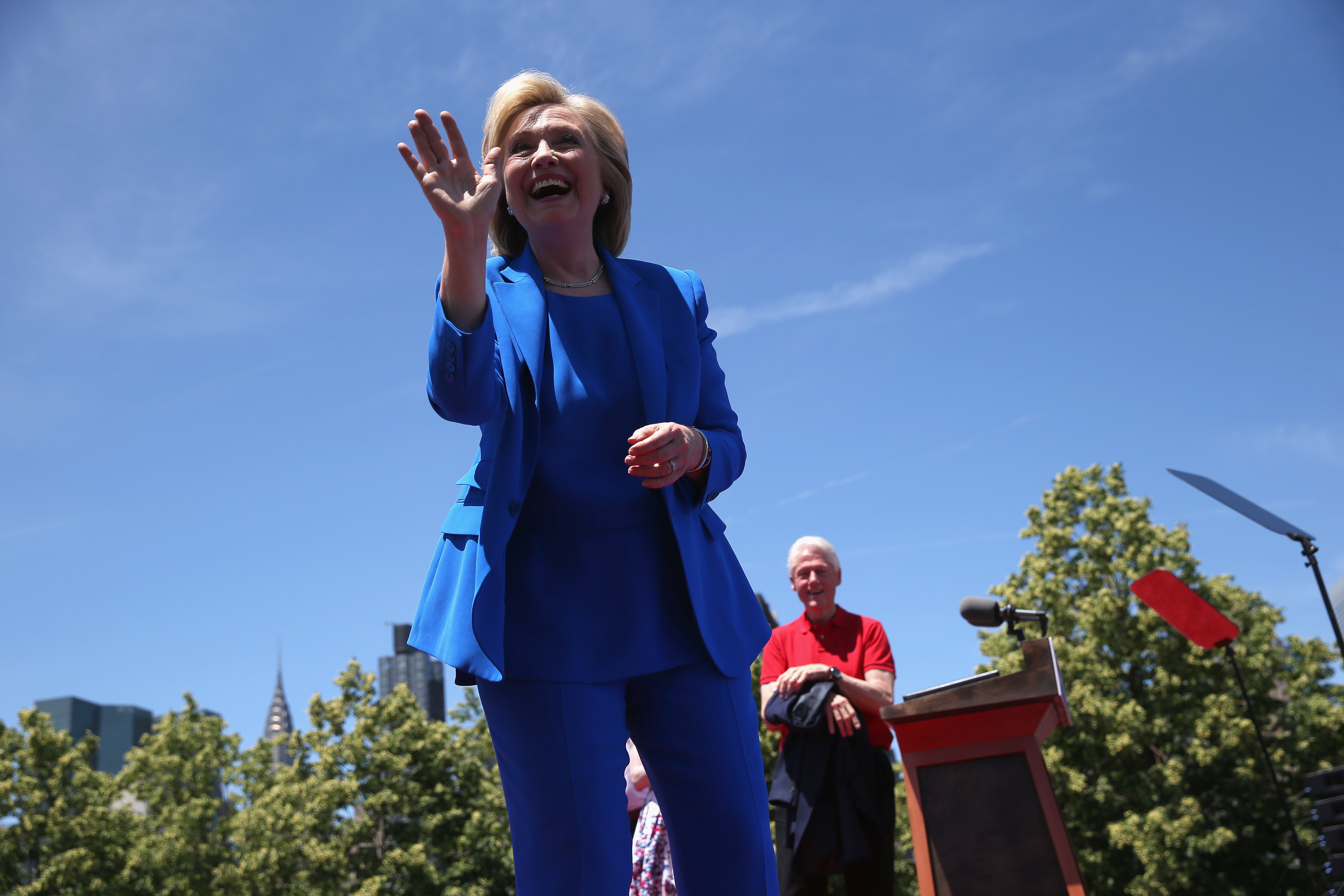 In a sense, it would be a political version of the Cold War principle of Mutual Assured Destruction that kept the United States and Soviet ICBMs in their silos. "It would be very disarming for both of them," Stipanovich joked.

Two establishment figures might then be liberated from their political baggage and able to focus on the future rather than forced to defend the past.

"They're going to find enough differences with each other, but there are a lot of distractions that would be eliminated," said Al Cardenas, a Miami lawyer and a close ally of Bush.

Bush's presence at the top of the ticket could also help Clinton.

Democrats worry that with her two decades of Washington experience, Clinton, 67, would be vulnerable to a generational attack from a younger, fresh-faced Republican nominee such as Senator Marco Rubio of Florida, 44, or Wisconsin Governor Scott Walker, 47. But at 62, Bush would pose no such worry in that regard.

To return to Cold War parlance, that would be one more threat contained. (Reporting by James Oliphant; Editing by Frances Kerry)