Jeb Bush has been making candidate noises for awhile now and if you wondered what he might be like as a candidate or wanted insight into his character, he gave plenty this week.

He's lazy. And maybe not all that bright.

As The Washington Post reports, he just spoke at a Chicago Council on Global Affairs luncheon. So you'd think someone who wanted to be president, or was at least considering it, might have studied up on some foreign policy issues. Think again.

He made a bunch of verbal gaffes that might be due to nerves, though you'd expect a former governor would be used to public speaking. But it's his answers to questions, and a confession, that raised more serious concerns. 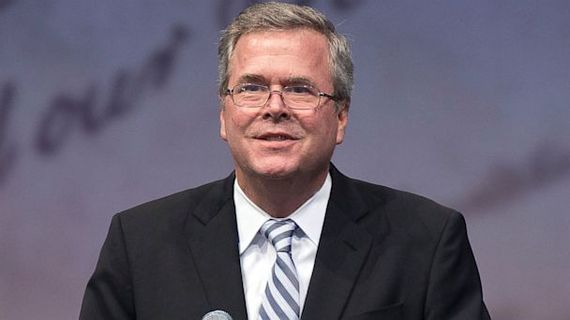 Asked about NATO's stance in the Baltic region, he said, "I don't know what the effect has been, because, you know, it's really kind of hard to be out on the road, and I'm just a gladiator these days, so I don't follow every little detail."

Asked about failed states in the Middle East, he came out with this gem, "I don't have a solution. I mean, I -- I -- I've read articles, you know, about whether the 1915 kind of breakout of the Middle East and how that no longer is a viable deal."

He admitted he was no foreign policy expert, in a bizarre way: "Look, the more I get into this stuff, there are some things [where] you just go, you know, 'Holy schnikes.' "

He's clearly not ready for prime time and is a lousy decision maker, too. Why show off his ignorance of foreign affairs at a foreign affairs luncheon? Unless he thinks his Bush name absolves him of having to do research or prepare with consultants. Which means he's got as scary a sense of entitlement as his brother did.

Lev Raphael's 25th book is the novel of suspense Assault With a Deadly Lie. Check out his other books on Amazon here.