Apparently, the Twitter hacks will not stop this week. On Monday, Burger King's official account was taken over by hackers, who changed its profile pic to the logo of hamburger rival McDonald's. On Tuesday, car brand Jeep experienced a similar hack attack that had it tweeting about competitors' cars.

Tweets from the compromised @jeep account claimed, among other things, that Jeep was sold to Cadillac (a line of luxury cars owned by GM) and that Jeep employees were abusing opiates and using crack cocaine (with accompanying images of drugs). The account's bio was changed to "The official Twitter handle for the Jeep® -- Just Empty Every Pocket, Sold To Cadillac =[ #OpMadCow #OpWhopper."

The last two hashtags seem to be a reference to the Burger King hack, which may have been perpetrated by the same individuals -- or may have been done by copycats. For a time, the Jeep account's background image contained a car painted with McDonald's colors and logo. In addition, @jeep began following @burgerking after the attack.

"We're aware of the issue and are working to resolve it as quickly as possible," Jeep spokesman Todd Goyer told The Huffington Post.

In the meantime, sample the Twitter insanity below. Fair warning, there's offensive language. 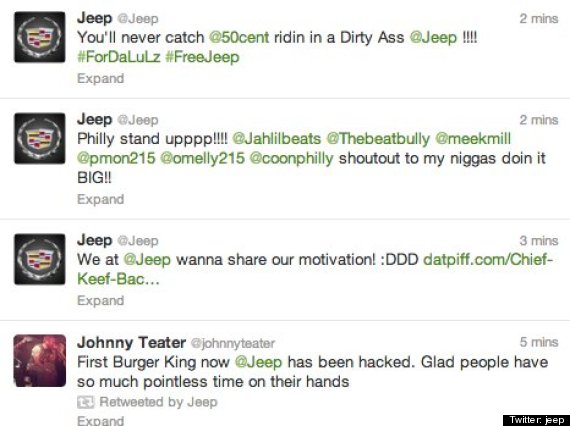 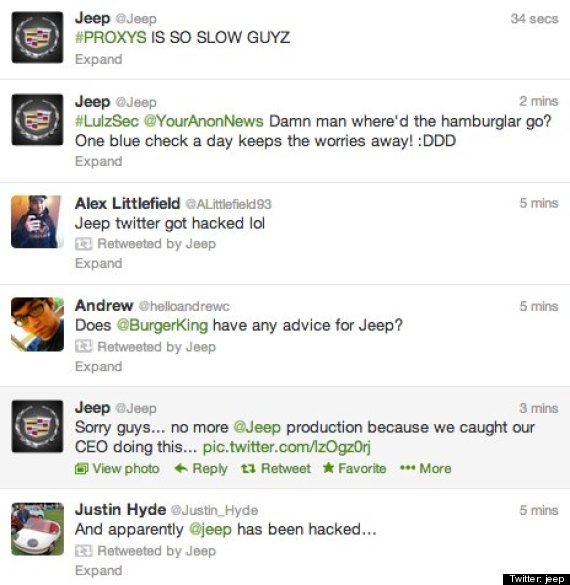 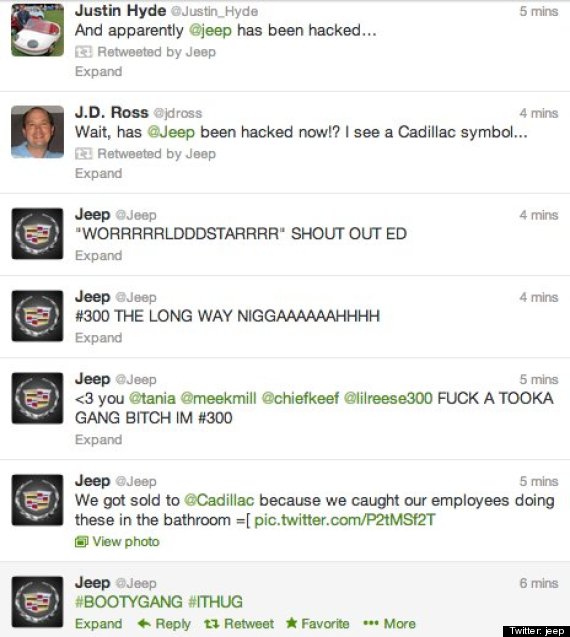 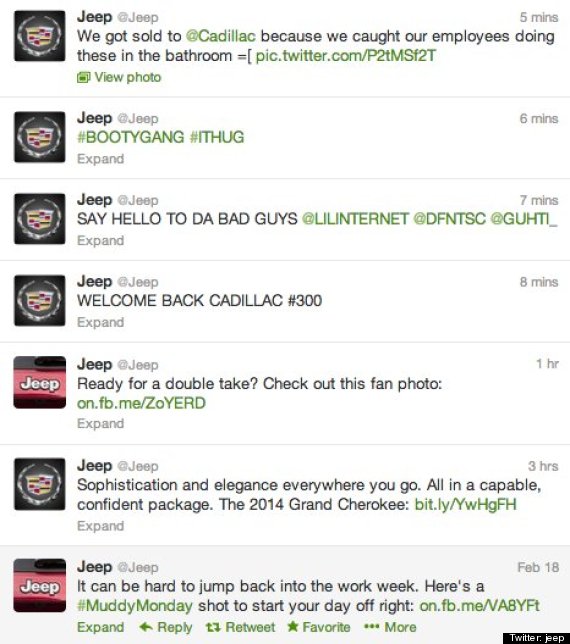 Nate Hindman contributed to this report.