Jeff Bridges has been a lot of things: a stoner who loves bowling, a boxer, a computer programer, a country musician and even a ghost-hunting dead U.S. marshal from the 1800s. But there's a first for everything, including his latest character: a witch-hating, dragon-fighting, all-powerful master.

That's Bridges' role in "Seventh Son," an adventure fantasy that reunites the actor with his former "Big Lebowski" co-star Julianne Moore. She plays an evil witch-dragon hybrid and he's John Gregory, aka the Spook. (Sadly, they don't have a bowling dream sequence again.) But besides strangling giant bears and blowing glitter into a possessed child's face, Bridges has also recorded an album to help people fall asleep. (Hey, why not?) HuffPost Entertainment sat down with the Oscar winner to listen to him hum and find out how The Dude inspired many of his recent roles.

You’ve said before that you like to resist working unless you’re really intrigued by a project. What was it about this film?
I’m a big fan of myth, of Joseph Campbell and author Robert Johnson. Myths are these ancient stories that, if we pay attention to them, we can learn quite a bit about our current situation. This is the myth of the Seventh Son having special powers. That was intriguing. And reading Joseph Delaney's book The Spook's Apprentice, I really enjoyed that. Sergei Bodrov directed our film, knowing that he was going to be the head of this deal, and of course Julianne coming on board.

Did she join the film after you did?
I think so, yeah. Then production designer Dante Ferretti ["Shutter Island," "Gangs of New York"] doing the sets. Seeing his sets just transcended all my expectations. Jackie West ["Argo"], the costume designer, and then Ben [Barnes], he was wonderful to work with. So it all came together like that.

What was it like working with Julianne again?
There was a sense of having a long weekend between jobs, but it’s been 17 years. She remembers it very well because she was pregnant during “The Big Lebowski” and her son’s now 17 years old, so that’s a constant reminder.

Have you kept in touch since?
A little bit. We’ve bumped into each other. It’s wonderful to play with her again. Even today was just a joy, the interviews, sitting in a room where you do one after another, 60, 70 times. But to have a playmate there, that makes it all the more fun.

A lot of your recent roles, including this one, have been a wise, mentor-type character, from “True Grit” to "R.I.P.D." and of course "The Giver."
Yeah, right! And I’ve got another movie coming out where I’m kind of a sage-like guy in “The Little Prince,” an animated film.

You’ve been acting for so long, what’s it like to play that type of figure at this point in your career?
That’s funny, I never planned it that way or thought too much about it. It just kind of worked out that way. Even The Dude -- I’ve got a buddy who’s a Zen master, Bernie Glassman. He told me a few years ago, “You realize The Dude, among many Buddhist circles, is considered a Zen master.”

Yeah, there’s the Dudeist religion!
I said, "What are you talking about man!" He said, “Yeah, the movie is full of modern day kōans. Look who directed the film, the Co-ahn brothers.” [Laughs] And we ended up writing a book called The Dude and the Zen Master. So that’s been in the cards, that character.

There’s even a scene in this where your character is sitting and meditating in the mountains. Is that something you filter into a lot of your roles?
Maybe so. I don’t know if it’s coincidence or fate that that aspect of my own life -- that’s kind of the first way I approach all the characters I play. What are some aspects that line up with my own life? Sometimes I’ll magnify those or kick them to the curb. Meditation is something I’m interested in and that applied to some of these recent characters. “The Giver,” I guess, probably did a lot of meditation.

You’re also doing more movies that attract a younger audience. Do you have a lot of interactions with fans of a younger generation?
Oh, yeah. I love that “Lebowski” has these Lebowski fests where it’s whole rooms full of people who love that movie of all different ages. My band, The Abiders -- our name is taken from that movie -- we’ve played several of the fests. It’s great to see that movie lives on and has an audience like that. When it came out not many people saw it.

While you were making it did you have any idea --
Oh, yeah, it was funny as hell. And the Coen brothers are masters. But it was a bigger hit in Europe and then started to pick up steam. That’s one of my favorite movies, whether I was in it or not.

Do you still have any of The Dude’s wardrobe from the film, a lot of which was famously taken from your own closet at the time? The Japanese baseball tee? The jelly shoes?
Yeah, yeah, I stole that from my brother Beau, the shirt, I’ve got that. And those jelly sandals, those are mine.

You also just released your sleep album you worked on for the Squarespace. How did you get the idea for that?
I’m hoping that depending on the success of the website, to continue and make it an ongoing thing, but I was approached by Squarespace to do a Super Bowl commercial. They had a bunch of different ideas for me to pick through. We settled on this strange thing, "Sleeping Tapes." Just the title was so archaic: you know, "tapes," that’s something from out of the past. So I started to really get more excited about it. My dear friend Lou Beach designed the cover and the four stories I read are his stories. We had Doug Sax, the guy who mastered Pink Floyd’s “Dark Side of the Moon.”

What was that process like, creating music to put people to sleep?
So you know the one where my wife comes in? So I’m out on the side of our house there in the morning doing -- [breaks into humming] -- just humming. And I end it, and she comes out and goes “What are you doing? You’re doing the ‘Sleep Tapes’ now?” And this is all like real time, so that’s on [the album track].

A lot of it’s done on an iPhone. I wanted it to have a funky feeling, not knowing where the mic is. Then mixing that with some things we did in the studio, some things we did on field recordings. We got to hike into Mescal Canyon, that’s the B Side. We had a ball. Then the clincher of the whole thing, the most important aspect of it is that all the sales goes to support No Kid Hungry. That’s a wonderful campaign all about ending childhood hunger in our country and not many people know how serious a problem it is. 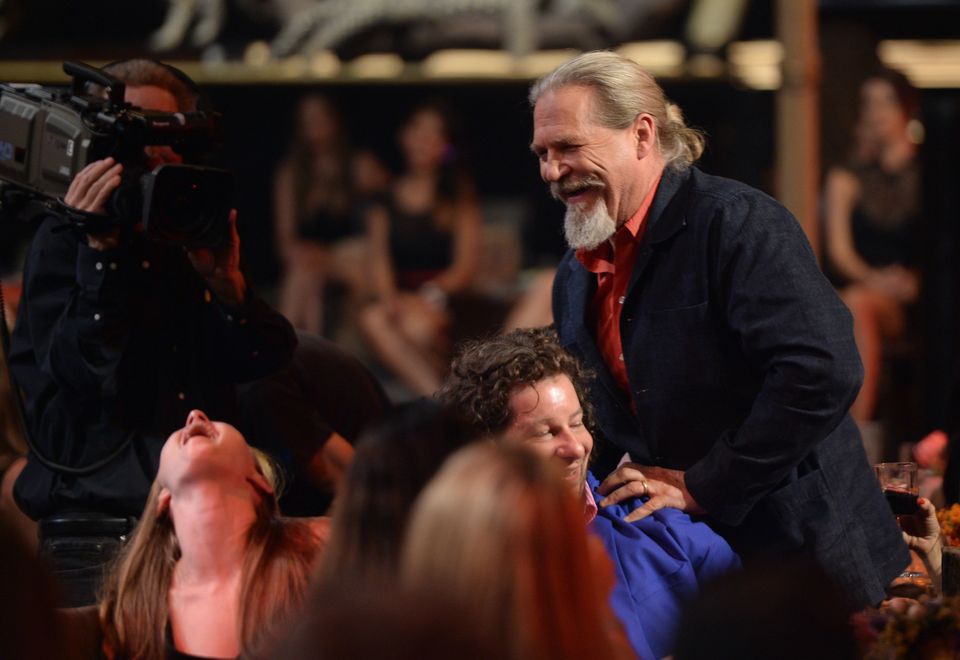