The moment Jeff Bridges met Sue Geston, he knew he was done for. The Montana beauty had captivated the actor completely back in the mid-'70s when they met while he was filming a movie on location. Their adoration then turned into love, and love turned into Sue moving into Bridges' Malibu home. The two were head over heels and happy.

Then, Bridges almost let the love of his life slip away.

As the 66-year-old tells "Oprah's Master Class" in the above clip, his ambivalence toward marriage is what could have ended the relationship many years ago.

"Sue came to me one day and said, 'I know about your ambivalence, but I'm going back up to Montana because I feel my [biological] clock going off. I want to get married and have kids... I know you love me. I know it's not that. But that's what I'm going to do,'" Bridges recalls.

It wasn't an ultimatum. "She was just telling me what she was going to do," Bridges says simply.

But the idea of losing Sue wasn't something he could stomach.

"I thought, 'Oh, God, I can't let this woman go," Bridges says. "I had this vision of me as an old guy... I pictured this hand full of sand and there was a little diamond in there; I'm letting it go. I can't do that."

The couple settled on a weekend wedding and were married on June 5, 1977. Decades later, Bridges is still madly in love with his wife and ever grateful that they said "I do."

"I got with the program and realized how wonderful marriage is," he says. "You open a doorway to the marriage hall and it's a hall filled with all these doors on either side, with kids and all kinds of emotions you'd never experience if you weren't married -- joy and fear and all that stuff. You're going to feel all those things in a marriage, but the context of it [is] saying, 'We're going to do this together.'"

Happy 39th anniversary this week to the happy couple.

Another memorable moment from the relationship: 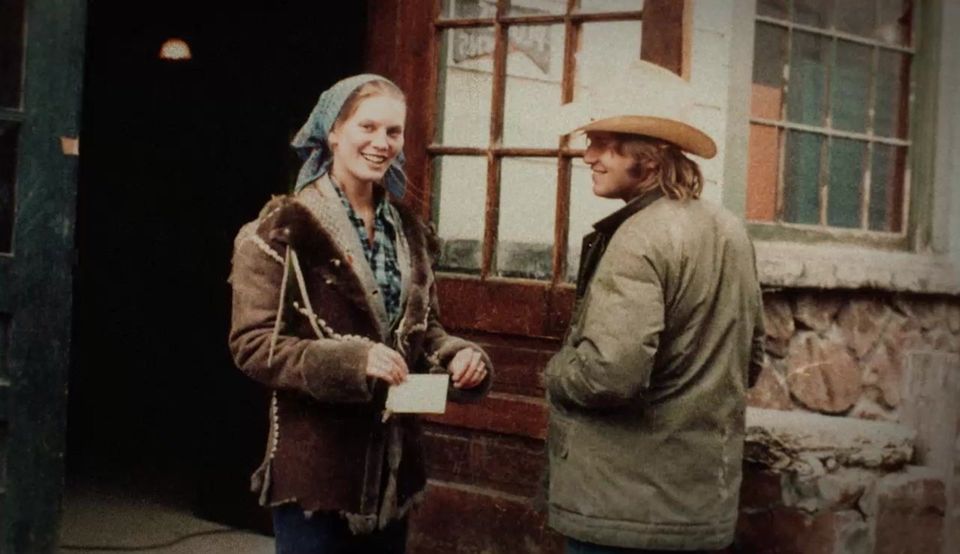 1 / 15
The fateful photo that captured the couple's first meeting.&nbsp;
Courtesy of Jeff Bridges