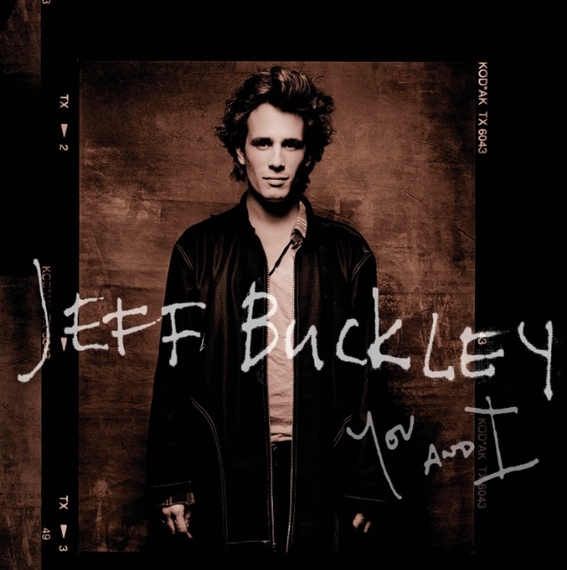 As much of a great songwriter he was in his own right--as indicated on his now-classic 1994 album Grace--the late Jeff Buckley was very often a distinct and captivating interpreter of other artists' material. Anyone who has closely followed his career during his lifetime and after his untimely death in 1997 knows Buckley's uncanny gift of covering a popular or obscure song and making it his own. The most perfect example is his memorable take on Leonard Cohen's "Hallelujah," which has since superseded the original version in terms of widespread popularity (according to the latest Spotify numbers, Buckley's interpretation has generated over 48 million plays). In addition to Cohen, Buckley performed material by acts as diverse as Nina Simone, Van Morrison, Big Star, Nusrat Fateh Ali Khan, and Genesis.

The magic that Buckley infused into other people's songs continues on You and I, a new posthumously-released compilation record from Columbia/Legacy Recordings. While the material on You and I is unsurprisingly wide-ranging--featuring songs previously performed by Bob Dylan, Sly and the Family Stone, Louis Jordan and the Tympany Five, Jevetta Steele and others--its common thread is Buckley's signature performance style that can both move you and break your heart. According to the press release for You and I, these never-before-officially-released recordings were unearthed during the research for the 20th anniversary of Grace. 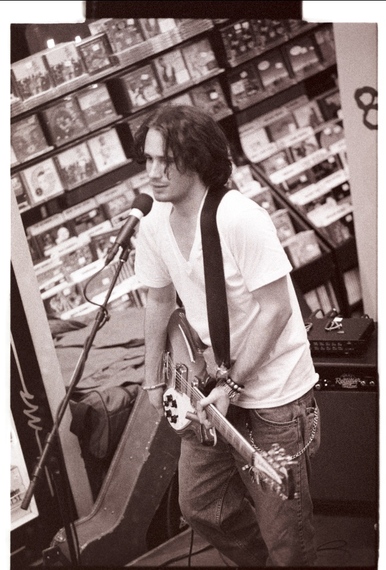 The music from this 10-song collection was mostly recorded in February 1993 at Steve Addabbo's Shelter Island Sound studio in New York City and represents Buckley's first recordings for Columbia Records (he had signed with the historic label a few months before). Featuring just Buckley and mostly his guitar, the songs on You and I don't sound like studio recordings or demos but rather intimate live performances--as if one is watching and hearing Buckley at Sin-e, the downtown New York City venue where he famously played at in the early '90s (For reference, check out Live at Sin-e).

You and I begins with Buckley's interpretation of one of Bob Dylan's many signature songs "Just Like a Woman." Listen to how Buckley sings it almost like a hymn in the beginning and then later builds up his vocals to an intensity mid-song before bringing it back to a calm towards the end--it's the sense of emotional yearning is what makes his version depart from the Dylan original. For Sly and the Family Stone's socially-conscious empowering anthem "Everyday People," Buckley treats it as a relaxed blues-funk number, something reminiscent of Ben Harper.

Buckley's take on Led Zeppelin's "Night Flight" is probably familiar to fans: his performance of the British rock band's song off of Physical Graffiti appears on the Legacy edition of Live at Sin-e. Here on You and I are traces of the original song's rock and funk bombast, albeit acoustically, and Buckley's high vocals are almost a letter-perfect homage to Led Zeppelin singer Robert Plant. And related to the blues that Led Zeppelin was famous for mining from, Buckley adds some blues authenticity to "Poor Boy Long Way From Home"-- previously performed by Bukka White--with his guitar playing and singing that recalls the early 20th-century African-American bluesmen.

During those sessions, Buckley recorded two original compositions. One of them was "Grace," which marked the first studio recording of that song. Co-written with former Captain Beefheart guitarist Gary Lucas, that track wound on the album of the same name a year later. Even without the added instrumentation that ended up on the final studio version, this performance of "Grace" still carries the sweeping majesty that has become the song's trademark. The other track recorded was "Dreaming of You and I," a folk-oriented tune that came from a dream that the artist explained about midway through the recording. Up until now it has never appeared on a Buckley studio release.

Buckley's love for the British post-punk band The Smiths is obvious on this collection not just once but twice with "The Boy With the Thorn in His Side" and "I Know It's Over," both from the band's 1986 record The Queen Is Dead. "The Boy With the Thorn in His Side" is transformed into this rustic-sounding number with a sense of yearning that contrasts the whimsical charm of the Smiths' original recording; meanwhile his take on "I Know It's Over" sounds devastating and heartbreaking. It's hard to separate the performance of the latter song knowing what would happen to Buckley four years later, so this track closes You and I on a haunting note.

It would appear at first following the 2009 Grace Around the World live compilation that there was no more archival releases forthcoming from Buckley given his brief recording career. So it was such a surprise to learn of these unreleased tracks when You and I was first announced last November. For fans and critics, these 'new' recordings present another opportunity to appreciate the troubadour's moving music. More than just a showcase of his superlative cover choices, You and I is just another reminder of the ingredients that made Buckley so unique despite his short time on this earth: his extraordinary vocal range; his shimmering guitar playing; and most importantly his ability to bare his soul with heartfelt emotion--especially more often on his covers. 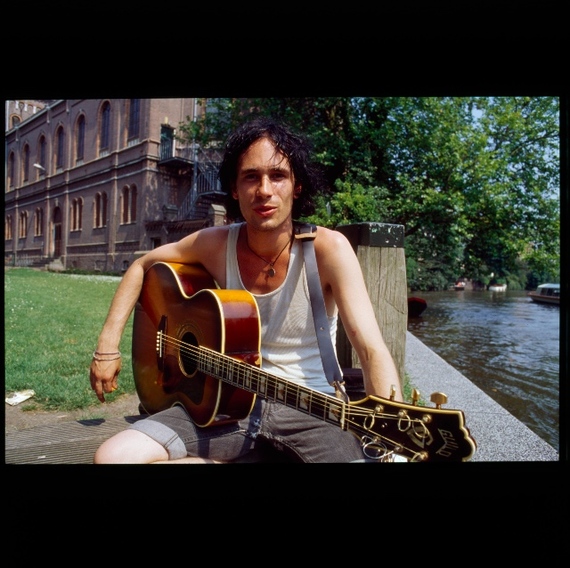 What Buckley's former drummer Matt Johnson told me back in 2014 about the music from the Grace album on its then-20th anniversary could easily apply to Buckley's performances on You and I: "It always seemed that he knew what he was doing even when he was clearly searching. You felt you could trust him with your time and attention. He dove into performance, naked and unafraid, drawing power from the vulnerability of being exposed and seen, no matter what the outcome...Jeff was an artist capable of making something "magnetic.""

'You and I' by Jeff Buckley is out on Columbia/Legacy Recordings.