Henderson transformed the local drug industry by bringing in elements of entrepreneurship. In turn, after a 5-year run selling crack, a 1988 arrest and a 9-year stint in prison, his drug dealing experience prepared him to become a successful entrepreneur. "The same traits that a successful drug dealer has are the same traits any legitimate entrepreneur has," Henderson said. "You have a product, you have a marketing plan, you have a vision, you build relationships. You outsmart, out-strategize the competition."

Henderson started blending business savvy and criminal tendencies from a young age, when he held a top paper route while also stealing from his family members' wallets and piggy banks.

While doing time, he became the prison cook, then went on to become the first African-American chef at the Bellagio casino in Las Vegas before branding himself as "Chef Jeff" and starting The Henderson Group Inc., a catering, publishing, multimedia and consulting firm. HuffPost Small Business asked Henderson whether the line between drug dealer and entrepreneur really is as thin as stories told by Jay-Z and HBO's "The Wire" can make it seem.

I was hustling my whole life. With my paper route and selling candy in the city, I learned business traits early on: communicating with people, marketing, branding, PR, sales, the whole nine yards. I had to become a chameleon. When I went to the suburban areas on my paper route, I smiled, had the gift of gab, the hustle, the drive, the tenacity. Those skills I learned as a kid legitimately, I took into the drug business.

Did the movie "Scarface" affect your business approach to drug dealing?

"Scarface" was the yardstick for many urban drug dealers at that time -- the big houses, the Gotti lifestyle, the entourages. It was my mentality. Millions of dollars went through my hands as a drug dealer. [Al] Pacino playing Scarface came from poverty, from nothing, but he was a visionary. He didn't want to be pushing drugs for one dealer, he wanted connections, so he went all the way to the top and set up relationships and distribution routes and worked with powerful people. His weaknesses were that he had a violent background and got high on his own supply. I've never used drugs and I've never been a violent person.

You've created a business persona as "Chef Jeff," but what was your persona in the drug business?

I became a neighborhood legend. I was the guy everyone wanted to do business with. I coached and consulted smaller-level drug dealers on how to double or triple their bottom line. Because of my charismatic personality, I was cool with everybody. Chevrolet shapes its marketing angle toward a demographic, whether it's advertising on BET, CNN or ABC. Likewise, I would change the way I dressed, talked, carried myself to fit the culture of the neighborhood. A lot of people have access to a large quantity of drugs -- it still takes a unique businessman to move the product.

What did dealing crack teach you about the importance of creating, pricing, branding and marketing a quality product?

I knew if I wanted to corner the cocaine market in San Diego, I had to have a product that was superior to the competition, from the way I cooked it to the way I packaged it. As with food presentation, the visual had to shine.

I also needed to develop relationships. It's the same concept in any business -- if you're a car dealer, you need to go to Detroit. You get as close to the source as possible and eliminate as many middlemen as you can to get the better price so you can increase your profit margin and ultimately be more successful than the competition. If you always have a better product and better price, word will spread.

I would take potential clients to lunch or dinner, buy the gifts, take them shopping. Like any businessman, if you want to do business with someone, you court them. I didn't know what those words meant back then -- marketing, PR, strategic relationships -- but it came naturally to me.

What happened to you in prison that changed your course?

I was in denial when I first went in. I blamed white people, the police, the judge, my parents -- everyone but myself. It took a couple of years of positive people getting in my ear until one day I just accepted responsibility and gave up the victim card. And then I started changing. At that point, I built relationships with powerful inmates. I was in federal prison with Wall Street business moguls, hedge fund guys. As I got exposure to these people, I started to think big. There was a Wall Street guy in prison who I became cool with, and he said, "Jeff you're a smart guy." No one ever told me I was smart. He said, "When you were on the street, you had all the traits of success and all the principles of a legitimate businessman. You just had a bad product."

With your mentors, you not only learned from them, but you actually mimicked them?

I call myself an intellectual jacker, somebody who studies and jacks for knowledge. I studied the successful drug dealers on the street, the ones who were multimillionaires. The first chef who gave me a job out of prison, Robert Gadsby, was my yardstick of a successful black man. I duplicated him. I bought a watch like his, cut my hair like his, bought the same chef coat, got my hands manicured. I knew in order to become a brand, and to work at the Bellagio, I had to look like the people who worked there. I couldn't be a homeboy walking on up in the Bellagio.

When I came out of prison, the question I always asked, whether I was studying the top chefs or the wealthiest entrepreneurs is, what do they know that I don't know? Instead of going to college to learn principles, I wanted to look at Bill Gates, Steve Jobs, the "Facebook Godfather" -- the best in the business, the extraordinary people -- and duplicate their success.

How do you use your experiences to try to turn other at-risk kids into starting businesses rather than getting into drug dealing or other crimes?

Drug dealing is not a part of my life I'm proud of. But I use my story to convince at-risk people that they have the gift, traits, ability to create their own business. I tell kids I'm still a homeboy, I'm still a hustler -- I just changed the products and the terminology. I tell young guys: "If you're a gang leader, you have the ability to convince people to listen to you, buy into your program and follow you. You have great leadership potential, understand logistics and manage a diverse workforce. You just have to change your path and the type of people you deal with, and you could be successful, too." 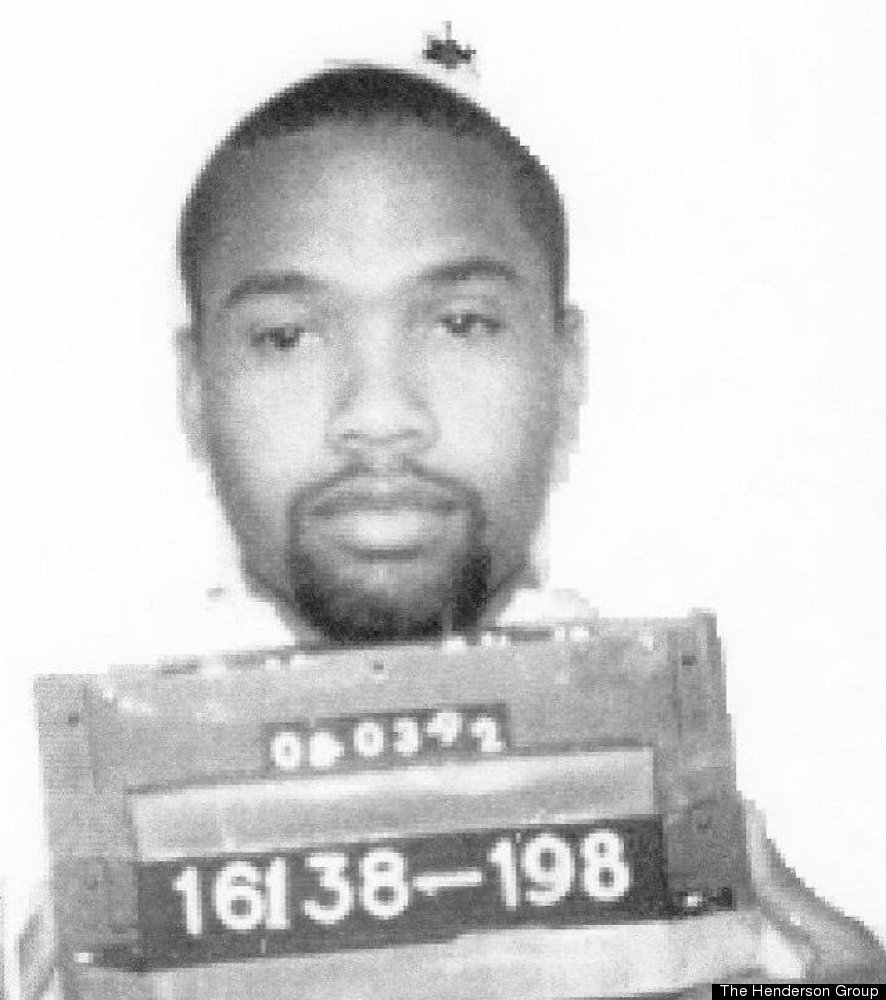 1 / 14
Busted
Jeff Henderson was arrested in 1988 after making up to $35,000 a week for five years as a crack cocaine dealer. "Millions of dollars went through my hands as a drug dealer," Henderson said. "When I look back now, I always knew I was going down -- I just didn't know when and how."
The Henderson Group