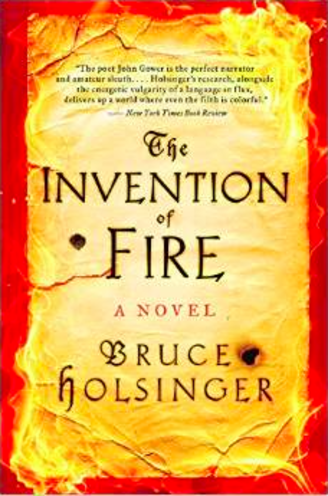 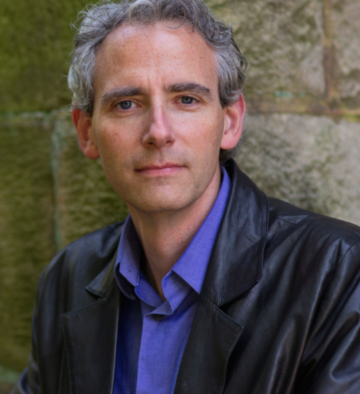 The Book Doctors: How did you start becoming a fiction writer?

Bruce Holsinger: Aside from various unfortunate childhood experiments, I never wrote much fiction until I was in my late twenties, teaching at the University of Colorado in Boulder. My wife was living in Wisconsin for a while, and I decided I wanted to spend part of that year writing a thriller. Unlike my two published novels, it ended up in the drawer, and with good reason (one of my favorite sentences from that manuscript: "The mashed potatoes were as fluffy as white clouds.").

TBD: You write novels and nonfiction. Do you approach them any differently?

JH: Absolutely, and they must come from different quadrants of my brain. My academic writing is slow and deliberate, painful at times, with lots of fact-checking between one sentence and the next. With fiction I can find a flow and write very quickly, and even though I'm a heavy reviser I find the experience of fiction writing vastly more pleasurable. This isn't to say that I don't take joy in my nonfiction/academic books--but the joy comes with the finished product more often than with the process of writing the prose.

TBD: What are some of the pitfalls and joys of writing historical fiction?

JH: Pitfalls: lots of fans and readers who know the period as well as or even better than I do--and they'll let you know it! I love hearing from readers with suggestions, corrections, and so on, though it can be quite intimidating to present a fictional version of a past that some might take as truth. In writing historical fiction you're always treading that line between plausibility and invention, and that line can often be quite fuzzy.

Joys: rediscovering a moment in history that I thought I already knew. As I said in my historical note in A Burnable Book, though I've been teaching the literature and culture of medieval England for nearly twenty years, I was continually surprised and delighted to learn new things about that world and its everyday life. The Middle Ages have always fascinated me, never more so than now, when I'm getting to contribute to a wider public understanding of that era and its many resonances with our own.

TBD: What drew you to this time and this place: 1386 London?

JH: This is the era of Geoffrey Chaucer, the medieval poet at the center of my academic discipline. Chaucer figures importantly in both of my novels, and this particular moment in the history of London was a fascinating one. In the fall of 1386 a massive French navy was assembled just across the channel in Sluys, prepared to invade England. Though the invasion never occurred, the city and the realm were deeply paranoid about the possibility, and there were suspected French spies lurking under every bush. The Invention of Fire is in part about the traffic in weapons across the channel--particularly hand-held gunpowder weapons that were just coming into their own. The English word handguns (in its Middle English form handgonnes) first appears in a document from this decade, and there were many political crises in these years that provide a rich background for the kind of story I wanted to tell.

TBD: What have you learned about writing by teaching literature?

JH: Quite a lot--more than I could have imagined when I started writing fiction. The Middle Ages gave us so many kinds of stories: adventure, romance, saints' lives, epics, as well as a considerable body of bawdy and quite obscene tales that writers like Chaucer knew and appropriated in their own work. One of the things I value about studying and teaching medieval literature is what it tells us about the power of story. This was an era in which people really know how to sit and listen to a good story for hours at a time. We hear a lot these days about our fragmented attention spans, and one of the lessons I try to teach my students about the Middle Ages is the quality of attention that must have been required to listen to and absorb a work like Beowulf in its original form.

TBD: How does someone get a Guggenheim? Who did you pay to get yours?

JH: I wish it were that easy! The Guggenheim Foundation has always been generous to scholars and writers, and I feel deeply fortunate to have been honored with one of their fellowships, which allowed me a year free of teaching a number of years ago to work on one of my academic projects.

TBD: Did learning a musical instrument, and learning how to be a musician, help you as a writer?

JH: Absolutely. I spent a big chunk of high school and all of college (in the School of Music at the University of Michigan) preparing for a career as a classical clarinetist--and this required many hours a day of disciplined, regimented practice. I'm not nearly as regimented in my writing routine, but I think music did teach me how to squeeze the best results out of a relatively short span of time.

TBD: Why are you interested in plagues, witches and wars?

JH: I try to stay away from them as much as possible, except in the classroom. Last year I taught a massive open online course (or MOOC) called "Plagues, Witches, and War: The Worlds of Historical Fiction." The course enrolled 20,000 students from around the world, and we spent eight weeks reading historical novels from the eighteenth century to the present. I had several wonderful guest writers of historical fiction visit the class, both in person and virtually, including Katherine Howe, Mary Beth Keane, Yangsze Choo, Jane Alison, and Geraldine Brooks. Their novels imagine plagues, witches, and various wars, among other things--so it was a catchy title that helped frame the selection of works on the syllabus.

TBD: What have you learned about the gun industry and culture by studying the history of guns? What do you think is to be done about gun violence in America?

JH: On one level, the modern gun industry bears no resemblance to the nascent gun culture of the medieval world, which was just starting to experiment with smaller, more efficient gunpowder weapons. There was no real mass production of guns until much later in English history, and in the period I'm writing about, the longbow remained a much more lethal and reliable weapon than the handgonne. At the same time, I think the sort of do-it-yourself gunsmithing we're starting to see with things like 3D printers and mail-order kits represents a return of sorts to the local, private manufacture of guns that characterized the earliest medieval experiments--and that's quite a frightening thing. I'm a strong believer in much, much stricter gun laws, at the national and local levels. We lose over 30,000 people to guns every year in this country, and our gun culture is just out of control. Though The Invention of Fire isn't what I'd call a political novel--it doesn't take a position on contemporary gun violence or legislation--it does try to understand the allure and seduction of guns in their earliest form. It's a novel about the beginnings of gun violence, and it would be silly to pretend that it doesn't have contemporary relevance.

Bruce Holsinger is an award-winning fiction writer, critic, and literary scholar who teaches at the University of Virginia. His debut historical novel, A Burnable Book, won the John Hurt Fisher Prize and was shortlisted for the American Library Association's Best Crime Novel of 2014, while his scholarly work has been recognized with a Guggenheim Fellowship and other major awards. He has written for The Washington Post, Slate, The Nation, and other publications, and appears regularly on National Public Radio. His new novel, The Invention of Fire (HarperCollins/William Morrow), imagines the beginnings of gun violence in the western world.