Attorney General Jeff Sessions became the second member of the Trump administration in less than a week to provide “alternative facts” and backward analysis when it comes to marijuana.

Yesterday, in a meeting with reporters, Sessions spoke out against marijuana legalization and implied that it’s leading to more violence. “I’m dubious about marijuana. I’m not sure we’re going to be a better, healthier nation if we have marijuana sold at every corner grocery store.”

“Experts are telling me there’s more violence around marijuana than one would think,” said Sessions. “You can’t sue somebody for a drug debt. The only way to get your money is through strong-arm tactics, and violence tends to follow that.”

Ironically, Sessions’ comments are actually an argument for legalization. There is some violence associated with the illicit marijuana trade – but it’s caused by prohibition and the absence of legal regulation, not the marijuana plant itself.

Prohibiting marijuana is what makes it worth so much money. And there’s no legal mechanism for resolving disputes in the unregulated, multi-billion dollar marijuana trade – which inevitably leads to violence.  When we had alcohol prohibition, we had Al Capone and shootouts in the street.

No one is murdered over a beer deal gone wrong.

Now that alcohol is legal, no one is murdered over a beer deal gone wrong. Likewise, the eight states that have approved legal regulation of marijuana are taking profits away from the illicit market and reducing the violence associated with it.

Those states have also created tens of thousands of tax-paying jobs, added hundreds of millions of dollars in state revenue, implemented rigorous oversight of marijuana production and distribution, and drastically reduced marijuana arrests, which have saddled tens of millions of people – disproportionately Black and Latino – with criminal records.  At the same time, marijuana legalization has not led to more youth marijuana use, traffic fatalities, or crime. (For more on this, see the Drug Policy Alliance’s latest status report on marijuana legalization.)

Sessions’ statements follow Press Secretary Sean Spicer’s comments last week indicating that the Justice Department will crack down on legal regulation of marijuana. When asked about whether the federal government will take action in states that have legalized marijuana, Spicer replied, “I do think you’ll see greater enforcement. The Department of Justice, I think, will be further looking into [the issue]. I believe they are going to continue to enforce the laws on the books with respect to recreational marijuana.”

Spicer also provided a stunningly ass-backwards analysis when he implied that legalizing marijuana was contributing to our country’s opioid problem. “When you see something like the opioid addiction crisis blossoming in so many states around this country, the last thing we should be doing is encouraging people.”

As it turns out, the notion of marijuana as a “gateway” to other illicit drugs has been rejected by the National Academy of Sciences’ Institute of Medicine.  Legally regulating marijuana separates it from markets in other illegal drugs. And ample evidence shows that people are substituting marijuana for opioids to manage different types of pain, with remarkably lower rates of fatal overdose in states that allow medical marijuana. (For more on this, check out DPA’s fact sheet on marijuana and opiates.)

Sessions and Spicer are out of step with the American public when it comes to marijuana policy. A poll last week found that a majority – 59 percent – of U.S. voters believe that marijuana use should be made legal in the U.S. Even more importantly, 71 percent agree the government should not enforce federal laws against marijuana in states that decide to legally regulate marijuana – including a majority of Republicans and older voters.

Sessions and Spicer should remember what their boss said on the campaign trail: “In terms of marijuana legalization, I think that should be a state issue, state-by-state.”

Tony Newman is the director of media relations at the Drug Policy Alliance.

This piece first appeared on the Drug Policy Alliance Blog. 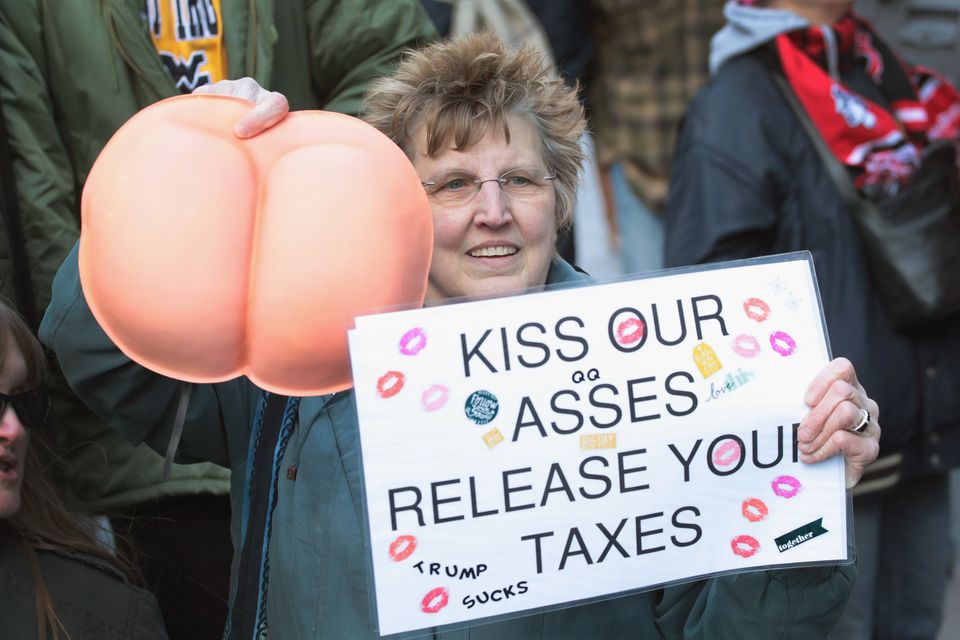