Jeff Siegel is the publisher and managing editor of Green Chip Stocks. At the age of 8, Siegel saw the 1971 "Keep America Beautiful" public service announcement that showed how pollution and litter can destroy the environment, and his life changed forever.

"I think what made me a tree hugger was that commercial with Iron Eyes Cody ... where he cries," he told me. "And I remember seeing that commercial and thinking, 'Why would you fuck up the river?"

Since not everyone shared Siegel's environmental sensibilities, he recalled how, from that point on, he would chase after people if they littered, saying "Hey, you've got to put this in the trash can."

Along with Siegel's feeling of isolation around his commitment to the environment, he also felt a more general sense of disconnection as he entered high school. "I wasn't a cool kid," he said. "I was the geeky, scrawny kid nobody wanted to be friends with. No girls would talk to me."

But soon Siegel would find his tribe in the Washington, D.C., hard-core punk-rock scene. "And then I discovered this music ... and it just spoke to me," he explained. "I started listening to bands like Minor Threat and Bad Brains."

And the influence of hard-core punk went far beyond the music: It gave him a sense of empowerment. During the late '70s and early '80s when much of popular music was marked by a "sex, drugs and rock and roll" ethos, hard-core punk was often focusing on political issues that spoke to Siegel. 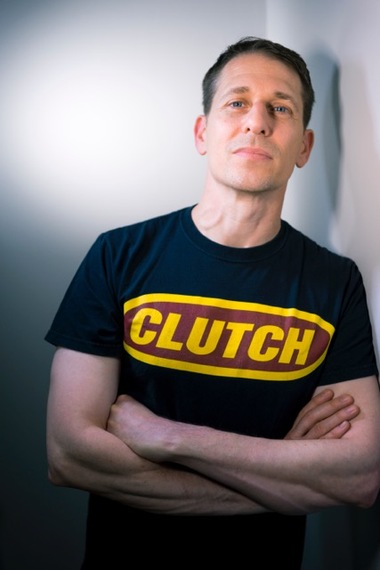 More, as hard core was broadly rejected by the mainstream, artists such as Dischord Records founder and Minor Threat vocalist Ian MacKaye were taking a values-based do-it-yourself (DIY) approach -- making their own records, organizing their own shows, and doing so at a price that was affordable to hard-core kids.

"And I'm, like, the greatest thing about this is not just the music ... Nobody likes this stuff, nobody cares about this stuff, and they don't give a shit. They're doing it because they want to do it. They're doing it on their own terms," Siegel said. "I can look at a guy like Ian MacKaye ... this kind of attitude. People aren't going to do things for you, you have to do them for yourself. If you want to do something, don't wait around. Do it.

"And that's really molded my life."

Siegel felt transformed. "And I think, in high school, I went from being this geeky, scared kid to being like, 'You know what? Fuck everybody else,'" he explained. "'If I can't be a part of them, I'm going to do my own thing. Nothing's too big.'"

After college, he sought to be a writer and got a job at a financial publishing company. But in contrast to his strong connection to hard core and music in general, Siegel had little feeling for the financial industry or the companies about which he was writing. And so Siegel -- a musician himself -- decided to play in, and tour with, the avant-garde heavy-metal band Dog Fashion Disco.

"At some point, I said, 'I don't want to do this anymore. It's not gratifying,'" Siegel explained. "And that's when I actually went on the road for six years and did some freelance work along the way."

When Siegel came off the road, he found himself with a clear dilemma. He had acquired a marketable skill in financial publishing, but he did not want to retreat back into a passionless career. So he found a way to have the best of both worlds. He continued to play music with a new band, the Alter Boys, and he chose to write about finance, but specifically about socially responsible investing; namely, companies that not only consider the bottom line, but also the impact of their product on the world.

Consistent with his longtime interest in the environment, Siegel was particularly interested in companies that were environmentally sustainable.

"A guy I used to work with started his own investment publishing company. And I was at a place where I just did something that I wanted to do my whole life. Do I really want to go back to this world? I'm good at it, but I don't really care about it," he described. "So that's when I said to him, 'I'm happy to do some reports, but if I'm going to do a newsletter, it's got to be something that I want to do.' And I said I wanted to do a newsletter about socially responsible investing."

Siegel found himself in a familiar place of not "fitting in" with people who had very different perspectives towards investing. "So, of course, some people were like, 'Well, that's the dumbest fucking idea I've ever heard," he recalled.

Rather than being discouraged, Siegel's hard-core attitude kicked in. "That inspired me. There was one guy at the company that had my back," he said. "I was like, 'Let's just do it.' If it doesn't work in six months, it's six months of my life - no big deal. I'll move on."

Siegel soon began a newsletter on socially responsible investing, with a focus on renewable energy and organic food markets - and he found that the world had changed a great deal since the "Keep America Beautiful" PSA. "This was 2005, so I'm, like, 'Solar is huge. We've got to invest in solar," he said. "This is good for the environment, but by the way, you can make a lot of money doing this. And that's how we were able to make it work. Six months later, it was one of the best newsletters we had," he said.

"People did actually give a shit."

Siegel became a national expert on the concept of socially responsible investing and was approached by Wiley Publishing to write a book on renewable energy that eventually became Investing in Renewable Energy: Making Money on Green Chip Stocks.

"So I think it's really up to the individual."

For that reason, Siegel thinks that his role is to inform rather than persuade. "I think that the people who subscribe to my newsletter and read my stuff are already in that world. I don't really go out to people that aren't interested," he explained. "I'm not trying to change people's minds. I think that there are a lot of people who want to invest in these types of things, but don't know where to start."

The key, from Siegel's perspective, is that we have a free market. This allows people to assess the pros and cons of a specific investment, considering all of the relative factors, including an individual's sense of "social responsibility."

Siegel explains how a free market would naturally lead to more socially responsible investing by using the example of natural capital. "Natural capital are the things that are all around us -- like water -- all the things that we need to live. So we live in this world where natural capital has never figured into a balance sheet. It's liquidated and no one really takes responsibility for it," he explained.

"So, for example if you have a big agricultural company and they take thousands of acres of land and they use mono-cropping -- you plant one thing over and over again -- essentially that's not how farming works. But if you want to make that happen -- if you want to plant corn over and over again -- you have to pump more nitrogen and more phosphorus and all kinds of things into the soil so it can continue to grow," he said. "But you're essentially killing the microbes in the soil which make the soil. So the degradation of that soil is a liquidation of natural capital. You can no longer use it to grow things."

Siegel thinks that in the current economy, taxpayers pay for the effect a business has on the land and says that is wrong. "No one pays for that. So at some point, a company says, 'We're going to keep pumping those chemicals.' It goes into the water, and we have dead zones, and nobody's paying for that except for the taxpayer," he explained. "In an honest free market, someone's got to pay for that.

"And it should not be the taxpayer."

Most recently, Siegel has become interested in investing in the cannabis industry. "There's two reasons why investing in cannabis is a socially responsible action. The first is, I truly believe that one of the worst things that's ever happened to the world is the War on Drugs," he said. "I tell anyone, if you're curious about why it's illegal, look up Harry Anslinger. Look at the history of why it's illegal, and how it's embedded in racism. Over a trillion dollars of taxpayer money spent on the War on Drugs, and innocent people have lost their lives. So anything that I can do to help end the War on Drugs I am 100 percent down for. And I think the legalization of cannabis is a step in that direction."

Marijuana may also be effective in helping treat a range of medical conditions. "The second reason -- and this is really where my libertarian stripes come out -- the government, in my opinion, has no right whatsoever to tell an individual, a sick individual, that he or she cannot medicate in a way that will make them feel better," Siegel explained.

"Especially in the cannabis space, a lot of these public cannabis companies are dog shit penny stock scams. There's only a handful that are worth anything. And those are the ones that I focus on. So I get that you want to be involved in ethical investing. But do it in an intelligent way."

Overall, Siegel is happy with the results he is seeing. While there are more skeptics than believers, he continues to meet many people who are understanding and even adopting his point of view.

"That's happened a lot when I go to conferences and I talk to people. There could be 500 people in a room, and maybe 50 of them get what I'm saying. But those 50 people are passionate," he explained. "And they come talk to me, and they say, 'I can't believe what you're telling me. I never thought about this, and I agree with you. I agree that we should care about the environment and society and famine and all of these horrible things that are happening.'

"'And if I can actually be a part of that solution, investing in these things - wow, what a great opportunity.'"

As far as the naysayers go, well, Siegel is still a hard-core kid at heart.

"When I started covering the cannabis space, there were many people who said, 'What are you doing? Have you lost your way?'" he said.

Michael A. Friedman, Ph.D., is a clinical psychologist in Manhattan and a member of EHE International's Medical Advisory Board. Follow Dr. Friedman onTwitter @DrMikeFriedman and EHE @EHEintl.