Jeffrey Biegel is one of the busiest and most versatile pianists around. A Steinway Artist, he is both fiery champion of the classical repertoire and top pick among today's classical composers to debut their work. Jeffrey also maintains an active recording schedule -- three albums are being released this summer. The creation stories behind the recordings suggest the force of Destiny. For sure, one of them includes the intervention of an honest-to-God angel. 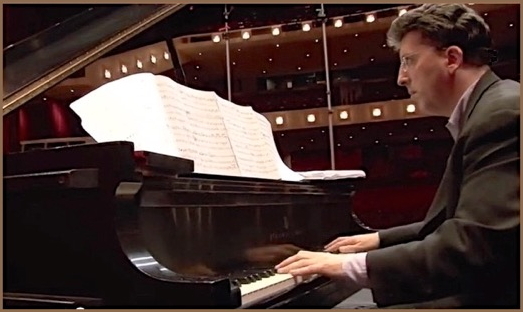 Jeffrey Biegel. Courtesy of the artist

In 2008, I was playing with the Colorado Springs Philharmonic and got together with Steve Barta. I mentioned my idea about adding orchestra to Bolling's Suite. Steve has had the same idea since long back. 'You're the jazz guy,' I said, 'why don't you do it?' He agreed. There was no commissioning fee, nothing. But we had to get Claude Bolling's permission. 'Do what you want,' he replied, 'but do not change the original score. The suite has been played around with before. Don't do anything but the original. But you can add to it.' So, that's what Steve did. He also single handedly raised all the money to get the project done.

Renowned flutist Hubert Laws was secured for the recording, also Brazilian drummer Michael Shapiro and bassist Mike Valerio. Illustrator Roger Huyssen -- whose cover for the 1975 LP is itself a collector's item -- tweaked his original design into an intriguing new vision. The original recording pairs Claude Bolling on piano with flutist Jean-Pierre Rampal. It is pure magic. It stayed on Billboard's Top 40 charts for nearly ten years.

Back then the idea was to just make it a jazz combo piece. It's like what Vince Guaraldi was doing all those years with the 'Peanuts' music - it was a small group. Most of the jazz that was written was not with symphony orchestra. It was small ensembles. The only jazz that was really written with symphony orchestra was Gershwin's Concerto in F. Also, Duke Ellington had a small orchestra for his New World a-Comin', then came Copland's Clarinet Concerto, and Lalo Schifrin's Piano Concerto no. 2 -- a huge jazz concerto. There wasn't a lot of symphonic jazz with soloist. Bolling's was a combo piece -- a suite for flute and jazz piano with a drummer and a bass. That's all he needed. It took all these years until Steve and I were eye-to-eye and shared a common idea that gave it birth. Luckily, Bolling said, 'Sure, go for it.' What's great is that it's going to be available as a vinyl LP, a CD and digital download. Not only are people excited about the recording and the premiere, but there is interest among the flutists in the world to play it. I will do the world premiere in November with the South Shore Symphony on Long Island. The conductor is Scott Jackson Wiley and they're bringing in Hubert Laws. My son Evan is a member of the orchestra in the percussion section. 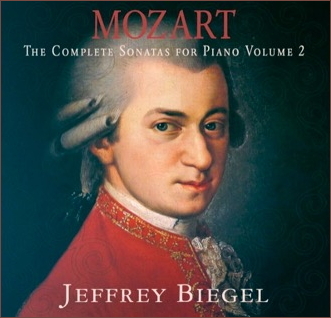 Courtesy of Entertainment One Music/ENT

On August 7, eOne Music will release Volume 2 of Mozart: The Complete Sonatas For Piano. It has been sitting in the queue for the past five years, the entire body of work having been recorded before 2010. Volume 1 was released in 2009 on the Koch label -- which was then bought out by eOne Music, a primary division of Entertainment One. Susan Napodano DelGiorno produced the entire set of recordings. Susan and Jeffrey collaborated on his 2007 solo album, Classical Carols -- 21 tracks of familiar Christmas carols exquisitely arranged by Carolyne Taylor. For the Mozart project -- a prime component in Jeffrey's m.o. was to pump new life into the repeats, some of which the composer had not written out. Jeffrey already knew he could rely on Susan's discerning ear -- not only for the structure of his ornamentations, but for pace and continuity.

Susan has impeccable taste. She knows what's going to sound well to the listener. When you're in the recording studio, part of you thinks, 'This is going to be forever -- after I'm long gone.' You want the recording to be a certain way. So, you're really putting your trust in the hands of the producer and the engineer. You want them to listen with the same ears as you -- before you play a note. You want them to hear and feel what you're doing, to play along with you. If there is something you intended to do, but it didn't quite come out that way -- they will be sensitive to that. That is a really great engineer or producer. I want the listener to feel that the ornamentation I've added in the repeats is a result of what the music says to me, rather than just me adding ribbons and bows to what is already there. Throughout the entire recording process, I kept coming back to a quote from my teacher, Adele Marcus -- 'Don't do anything to the music. Let the music do something to you.' The thing I'm most careful about is not to allow any recording to become so sterile and so clean to the point that it lacks emotional adrenalin.

Jeffrey Biegel and Lucas Richman. Courtesy of the artists

On September 1, Albany Records releases Lucas Richman's Concerto for Piano and Orchestra: In Truth. Richman leads the Pittsburgh Symphony in this sumptuous work dedicated to Jeffrey Biegel. The concerto was first presented by the Knoxville Symphony Orchestra in October 2013 during Lucas Richman's tenure as Musical Director and with Jeffrey at the piano. The adventure of it all borders on the stuff of a medieval Miracle Play.

Lucas wanted to write a piano concerto for me. He said, 'Probably for the first time in your life, you won't have to raise the money for the commission. I want to write it.' I looked at him and said, 'God bless you! It's the first time anybody ever said that to me.' He decided he would write this concerto and whatever he could get as a grant, he got. It was very minimal. This was a labor of love.

The three movements of Richman's concerto, In Truth, are titled: To One's Self, To One's World, To One's Spirit. Using a musical cryptogram -- taking the notes of the scale (A-G) and assigning them to the letters of the alphabet (r = D, x = C) -- the composer formed melodic lines based on the word Truth (F D G F A ) and it's Hebrew equivalent, Emet (E F E F). The words -- now a series of memorable notes -- were then coupled, separated, reversed, turned up one side and twisted down the other. All the while, Richman remains grounded in two sacred texts:

The end result is a sweeping work that is cinematic in scope, its three movements transcending into a guided uber meditation, with the pianist standing-in for us all -- confessing, in truth. It's like being in front of the burning bush. The radiance is awesome, you are compelled to surrender.

A few weeks after the premier in Knoxville, Lucas calls me. 'You're not going to believe this. Someone from the audience approached me and said -- You have to record that concerto.' Lucas tells him he would love to, but it's very expensive to make a recording. How much? Like, a hundred thousand dollars? And the guy says -- OK.' Lucas then tells me we'll be recording it with the Pittsburgh Symphony. That was the payback for his writing such a brilliantly beautiful new concerto. Lucas didn't do it for what he might get paid. He did it because he wanted to.

The recording is a live concert. It was a special added concert, free to subscribers and donors. We rehearsed, had a dress rehearsal, then the performance. The engineers were only allowed to use material from the dress rehearsal and the performance. Then a patch session after and I recorded the cadenza separately without the orchestra. I couldn't be happier. Albany Records has wonderful engineers -- Elizabeth Ostrow and The Sound/Mirror recording team -- top recording engineers in the country. Liz did a beautiful job of editing. It sounds like a million bucks. 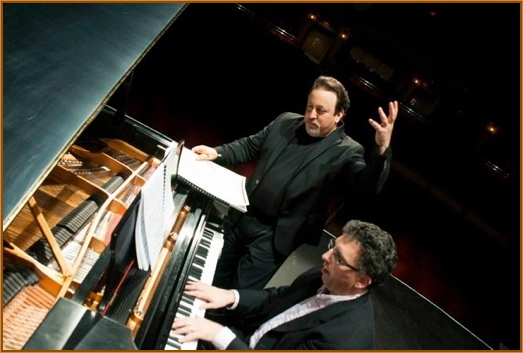 Lucas Richman and Jeffrey Biegel. Courtesy of the artists.