In 2004, Jeffrey Cain, formerly of alt-rock sensation Remy Zero, and Steve Kilbey, legendary frontman of Australia's The Church, teamed up as new band "Isidore" and released an album of the same name. But despite rapturous reviews -- "a challenging sonic pallet of sensual and carnal beauty," "a timely and unique collaboration between two important musical artists," "a beautifully moody atmosphere" -- not even the most ardent Isidore fan dared assume this was anything but an exceptional one-off since Kilbey and Cain each had full and separate careers.

The Isidore MySpace page, mostly abandoned to tumbleweeds, would occasionally light up with a forlorn: "More Isidore please." But for more than half a decade, Isidore itself remained silent.

During this time, Kilbey continued to write, release and make music with The Church, as well as on numerous solo and side projects. He gained acclaim as a poet, painter, and Australia's funniest celebrity guest on quiz shows.

Cain released an album as Dead Snares, started his own label, Communicating Vessels, began to produce multiple acts and continued to compose for Hollywood -- he had received an Emmy nomination in 2003 for the Nip/Tuck theme song and Remy Zero's "Save Me" was the theme song for long-running television series Smallville.

Then, in 2011, amidst murmurings on the Isidore website, hopeful fans who checked in there or on Cain's or Kilbey's other sites were rewarded with an unexpected announcement: new Isidore was on the way. In the mind-bending words of pre-released meta-song "Reappearance," [listen] Isidore has "re-attuned, re-aligned the opening into your mind" and happily, completed second album, Life Somewhere Else, is set to appear on February 21, 2012. 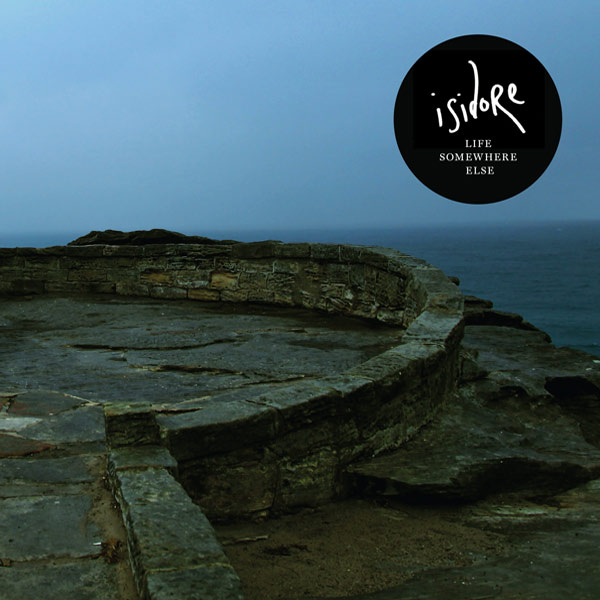 I sat down with Cain recently to talk about his work with Steve Kilbey and all things Isidore.

KS: Before we get into Life Somewhere Else, let's recap about how you and Steve Kilbey came to meet and make an album together the first time around. A long time ago.

JC: A long time ago. In a land far far away.

JC: I was in my band Remy Zero and was always writing songs -- some that would make it to Remy Zero, others I just wrote for myself. And I always wrote them under the name Isidore. I had a song that I just kept instrumental. And, actually, my wife was asking me about the song and she's like, "Well, are you going to put vocals on that? What are you going to do with it?"
And I said, "Really I think it's just going to be an instrumental. The only person I can imagine singing on it would be Steve Kilbey from The Church." And then it happened that they were coming through Los Angeles on tour and were going to be rehearsing in town and I mentioned that and she's like, "You should take that song and get it to them."

So I was like, "Okay, I think I'll do that. I know where they're rehearsing. I know the place." I went up to the place and just left the CD at the front desk where they were rehearsing. It had my phone number on it.

KS: So what year are we talking about?

KS: Did you specifically address it to Steve Kilbey? Or to The Church?

KS: And did you write a note?

JC. Yeah, I thanked him for the inspiration, the music he had made. Maybe I said I was in a band or whatever, that I'd made the song and he was the only person I could imagine singing on it.

KS: Out of the blue? He didn't know that you were a fan of his?

JC: No, no and I didn't talk to him that day. I left it at the front desk so he didn't meet me or anything. I was in rehearsal with Remy Zero and I needed to check my messages. And he was on my machine. "Jeff, this is Steve Kilbey. I get music all the time, but I put in the CD in my hotel room and I've already written lyrics to the song. If you can find a studio, I'll cut them before I leave town tomorrow."

KS: Wow. And what went through your mind? Was it surreal?

JC: Oh, it was completely surreal to me. I didn't expect a response really. I wasn't expecting anything. And then for it to be the perfect response, I guess -- to be, oh, not only did I listen to it and like it, but I've already written lyrics to it.

KS: It's a pretty pure experience.

JC: Yeah, it was very intense and... at that point I felt like, my instincts, that deeper connection -- it wasn't just the connection of being a fan. It was more like the connection I had with him was something that resonated with both of us.

JC: So I found a friend that had a studio. I had a show that night, so my friend got Steve in and they cut the track and then I went over and picked up the song with vocals on it. The experience of hearing it for the first time with lyrics was very strange because I'd heard the song for so long just as an instrumental. But when the words came out, they felt ancient and old, like they'd already been there.

JC: So we went our separate ways. I think a few months later I got an email from his brother or from Steve saying if I had any more songs would I send them to Australia because he'd really like to write some more.

KS: You were already using the name Isidore.

JC: I was already using the name Isidore, but just amongst my friends when I would make them CDs.

KS: And how did that come to be your pen name?

JC: I guess the very first time maybe I heard the name was discovering the poet Comte de Lautréamont [pseudonym of 19th century French writer Isidore Lucien Ducasse]. He was a precursor to and hero of the Surrealists.

JC: Very trippy stuff. Very heavy, pretty dark. He would bang on the piano while he wrote his poetry and his books. He died at a very young age. I think I kind of liked the mythology of who that guy was. I felt a connection to that, thought it was an interesting character. André Breton wrote about him in his papers. And then in the whole wordplay aspect of poetry, I liked the named Isidore.

JC: Yes, I liked it being a door. An opening into that other world.

JC: Even with Remy Zero, we all used our middle names instead of our surnames. Remy Zero itself was a character to write under.

KS: It was a misheard lyric, right?

JC: It was a misheard lyric and it was also a person.

JC: But it was a person with a Zero as identity. This person you could kind of write into. Get out of yourself and try to figure out and uncover what this person might do. Writers have always done that. It helps break out of all the things that are ingrained in you. As you grow up, you can't help but be programmed a bit. The simple act of taking on a different identity can unlock and give you the freedom to discover yourself.

JC: It makes so much sense to me.

KS: I'm totally changing my name after this.

JC: Yeah! And now I think I understand myself more after going away from it and seeing things from another perspective. I enjoy that.

Look for Part two of Karen's interview with Jeffrey Cain later this week, in which Cain further discusses his musical partnership with Steve Kilbey and Isidore's new album, Life Somewhere Else.