NEW YORK -- A laid-off women's clothing designer killed by police after shooting his former boss near the Empire State Building was a quiet and fastidious man who lived alone with his two cats in an apartment building on the Upper East Side, neighbors said.

Jeffrey Johnson, 58, was almost always dressed neatly in a suit and tie, even after losing his job as an accessories designer a year ago, according to Gisela Casella, 71, a neighbor who spoke with him often. The sound of vacuuming was frequently heard from inside his apartment, she said.

Guillermo Suarez, the building's superintendent, said Johnson was friendly but was always alone. "This guy was very mellow," he said. "Very mellow and very lonely."

New York Police Commissioner Ray Kelly said Johnson was fired from his job at Hazan Imports, a women's handbag company with offices near the Empire State Building, about a year ago, and that he shot and killed the firm's office manager, Steve Ercolino. The two men were involved in a dispute involving allegations of harassment, Kelly said.

Johnson was dressed in a suit and tie and carrying a briefcase when he opened fire with a .45 caliber handgun just after 9 a.m. on a crowded street in midtown Manhattan. After Ercolino was dead, Johnson aimed his weapon at police and was killed in a hail of gunfire by officers, the NYPD said.

The New York Fire Department said 8 people were transported to area hospitals for injuries related to the shootings. Many of those injured appear to have been hit by bullets or shrapnel from shots fired by police, Kelly said. All of the injured are expected to survive.

Chaos erupted on the streets in the seconds after shots were fired as hundreds of people sought to flee the area, witnesses said.

Hemant Asher was on his way to work at the Empire State Building when he saw people running in every direction. From the corner of 34th and 5th Avenue, Asher saw four or five people lying on the street.

"They were checking to see if they were alive," Asher said.

"You could see the one guy with a brown sports coat, he was on the ground, he had blood coming from his head and his arms were out," she said. "He had brown skin. His head was really badly bleeding."

Asher and a colleague were stranded on 35th Street this morning for hours after the shooting. Neither could go to work at Middle East Airlines, even with building ID.

Immediately after the shooting, White said she sat in a nearby park to chain smoke and call her family. Though she felt lucky she wasn't hit herself, she said witnessing the event was traumatic.

"I'm also feeling kind of unlucky having been there at all," she said.

Madia Rosario, 43, a secretary from Brooklyn, was shot in the leg and was transported to nearby Bellevue Hospital along with several other victims.

"She was walking across the street from her job. She said she heard a gunshot," Rosario's sister-in-law, Auselis Rosario, said in front of Bellevue. "She said everything happened so fast, she saw people running but by the time she turned around to see what happened, she was already hit." 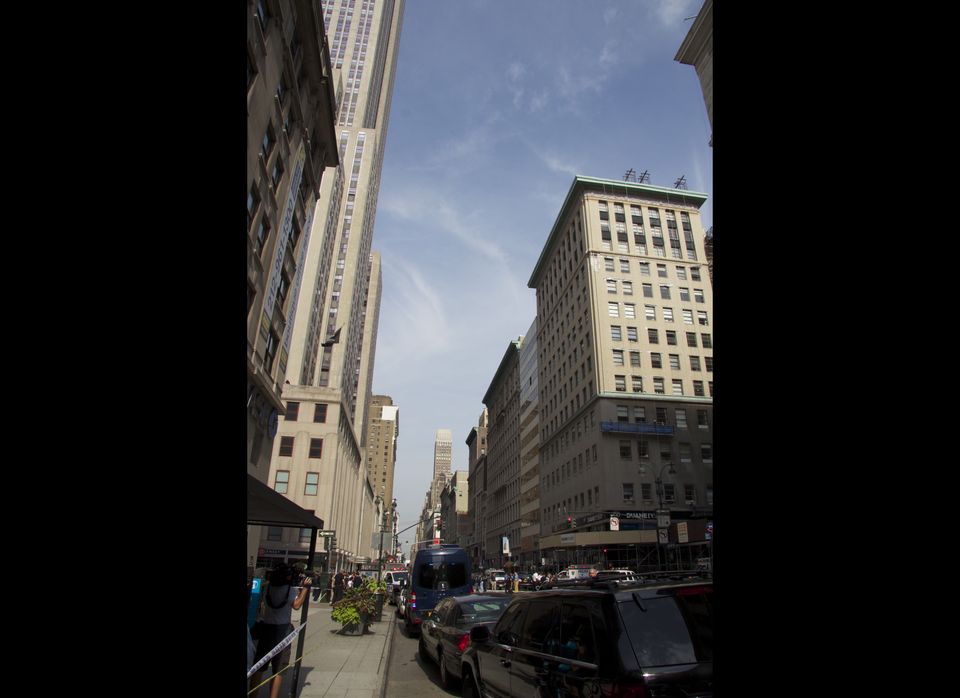