Editor's Note: Jeffrey Marsh is open to the use of any pronoun but for the purposes of this profile, we are using "they/them/their."

You may not know who they are -- but you've no doubt heard their message.

Jeffrey Marsh is a social media star who utilizes Vine to spread messages of positivity and awareness on a massive digital platform. Their Vines have collectively received more than 90 million views, ultimately providing Marsh with the opportunity to take their message outside of social media and speak and perform all over New York City.

Marsh is most notably known for spearheading the viral hashtags #DontSayThatsSoGay and #NoTimetoHateMyself.

In the technological age, the face of activism has evolved along with the way in which we communicate. Marsh is part of a generation of LGBTQ activists who, through social media, are changing minds and perceptions in parts of the world where people may not encounter a queer person in their day to day lives.

The Huffington Post chatted with Marsh this week about their work as an activist, the way in which they utilize social media and what they have planned for the future.

The Huffington Post: How did you become a Vine star?
Jeffrey Marsh: By accident! I'm doing what I always did: dress up like Julie Andrews, dance around, tell people they're awesome as heck, sing them songs and (literally) kick up my heels to some catchy Katy Perry.

The only difference now is the camera, the chance to post those moments for gay kids in Arkansas and Canadian moms. No other form of social media I've tried allows me to immediately connect like Vine does. It is very much like a face-to-face social experience. Each day I'm shocked and excited to find messages from people who feel like my videos help them to be themselves. I guess I became a "star" by being myself.

When did you realize that things were really heating up and people were starting to take notice?
That's the funny thing, it was so gradual -- so natural. There are plenty of people in social media who burn brightly and fast, who go viral and get (almost) instant fame. For whatever reason, my journey so far has been consistent and incremental. I picture one friend telling another; a grass roots approach to fame.

It would be hard to argue that my message isn't popular. But is it the most popular? Not by a long shot. I'm reminded of Joan Rivers talking about some advice she once got: if 0.1% of America thinks you're funny, you'll fill stadiums for the rest of your life. I'm not sure I will ever fill a stadium, but I think Joan and I are both talking about quality over quantity. This is most true when it comes to cultivating a relationship with the like-minded people who call themselves fans. And I'm happy to say that those fans are all over the figurative (and literal) map: old, young, black, white, trans, bi -- you name it! Everybody is welcome and can hopefully connect with my inclusive message. 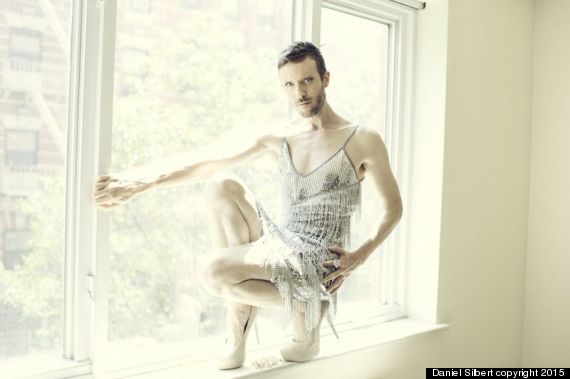 Did you have a strategy or a plan in the beginning or were you just creating Vines that felt right to you and putting them out in the world?
Did I have a plan? Definitely not! I always knew I wanted to tell as many people (in as many ways as I could) that there is nothing wrong with them. I just started posting things that brought a smile to my face, that helped me feel excited to post again -- to connect again.

I don't like dwelling on the "larger" implications of what I'm doing. There have been hundreds of messages from people who decided not to commit suicide because of my channel, for instance. Don't get me wrong, I'm glad that's happening! It's just that all I did was look into my iPhone camera and tell a friend they're beautiful for being alive. I don't ever want to lose that connection. Is that simple direct approach a strategy? Maybe it is…

Do you approach your vines differently now than you did at the beginning? What has changed for you?
Maybe part of my success, and the success of Vine overall, is the relatability factor. People can see me; they can look into my eyes, which never happens on Twitter. I've shied away from making more polished, "produced" vines because I'm concerned they will lose a personal touch -- a humanity that is so essential to one of my missions: showing that LGBTQ folks are just folks. We are all human.

One thing that has changed for me is the recognition of the responsibility I have. I say it in a grandiose way because I don't think I'm representing just LGBTQ folks. I've realized recently that my gender identity is a metaphor. I have the chance to be a voice for many of the voiceless outsiders in the world -- the heartbroken people who have felt left out. If my interactions on Vine are any indication, there are a lot of us out there!

What’s it like to see a hashtag campaign you’ve created take off and touch so many people?
It's ultra-fulfilling and fun. To know that people benefit, to know that people get it and are changed by what I do is a reason to get up in the morning. It's also a reason to glue on false lashes when I'm a little tired and skim through hate e-mail to answer my followers. #DontSayThatsSoGay and #NoTimetoHateMyself brought out so many different kinds of people; people who would never be in front of a camera, never would be that visible on social media. They felt the message, their participation was that important. And everyone's participation is that important! It really excites me to see that. Being in front of the camera feels natural for me, but when someone else who might be nervous or shy puts their truth on Vine, it is very inspirational.

If I ever start to have worries about my numbers or how many "likes" I'm getting, I go through those videos from everybody. That's what's important: the connection, the changed lives. I often feel like my life has been changed most of all.

When it comes to gender identity and sexual orientation, how would you describe yourself?
I never want anyone to feel bad. Ever. So, I decided a while ago that there is no "wrong way" to refer to me. I know that words and pronouns are really important to a lot of people. I respect that deeply. Several times a week, people ask "what's your preferred pronoun?" which is nice of them, but I have no idea!

For me, connecting is most important. If someone is being respectful, I don't care what they use. I'd love to have an interaction with someone who says a pronoun that doesn't seem true for me at that moment, and we talk about it -- we connect over it. Excluded from all this is, of course, is hate speech. I just don't engage that.

I don't want to deflect the heart of the question though! Personally, I don't walk around thinking of myself as "her," "man," "they" or any other word we've currently got going. I guess that's part of why I love hearing everybody's stories on Vine -- I can relate to men and women and everyone. When we're talking about being human and having feelings, there is so much that we have in common.

What’s the one thing you hope people take away from what you're doing? If you could boil everything down into one message, what would it be?
Always, always, always the message is the same: There Is Nothing Wrong With You. With varying degrees of success I'm sure, I keep it all hovering around that theme. Tweets, Instagram and, of course, my Vines are all an effort to help people ditch the self-hate and self-judgement. What could be more important?

What do you want to accomplish in 2015?
Let's take over the world! I would be very happy if The Message (see above) could reach more people and bring more of us together. Helping one person is a cause for celebration to me, and I plan to keep celebrating that one-at-a-time connection by Vining my heart out.