Comedian and "Roastmaster General" Jeffrey Ross is known for his outrageous roast attire, but he outdid himself this time around. Ross arrived on the red carpet dressed as the late Penn State coach, Joe Paterno, flanked by boys outfitted with football helmets and gym towels.

Ross' entrance on the red carpet was met with both gasps and peals of laughter from the assembled reporters and photographers. But he wasn't just out to make a joke. He was a man on a mission the entire night: to stand up for comedy.

Explaining to reporters on the red carpet, Ross said that the “P” on his jacket stood for “People who can take a joke.” He went on, “If they’re offended by what they see, they can do what Joe Paterno did – look the other way.”

Ross has made his living by being a good-natured offender, so he seems to have taken it upon himself to defend comedians who have been criticized for jokes that went "too far." Dane Cook, Daniel Tosh, and Tracy Morgan among others have all famously apologized for material, a precedent Ross finds disturbing. Speaking to The Huffington Post last year, Ross explained that it "would be a real state of affairs in this country, if comedians started putting a filter on our brains."

He echoed that sentiment on Saturday in the closing line of his roast of Roseanne:

Roseanne, I’ll always love you for saying whatever you want, for never holding back. And in these alarming times when comedians are second-guessing their imaginations and sometimes even apologizing for jokes, I consider you a hero and a martyr and a friend ... Now I’m gonna take Seth Green and hit the showers!

Ross' stunt is just one of many moments in the roast that is certain to make waves when it broadcasts on August 12 at 10 p.m. ET. Jane Lynch, who served as Roast Master for the evening, kicked the show off with a bang by exclaiming, "Fuck Chick-Fil-A." 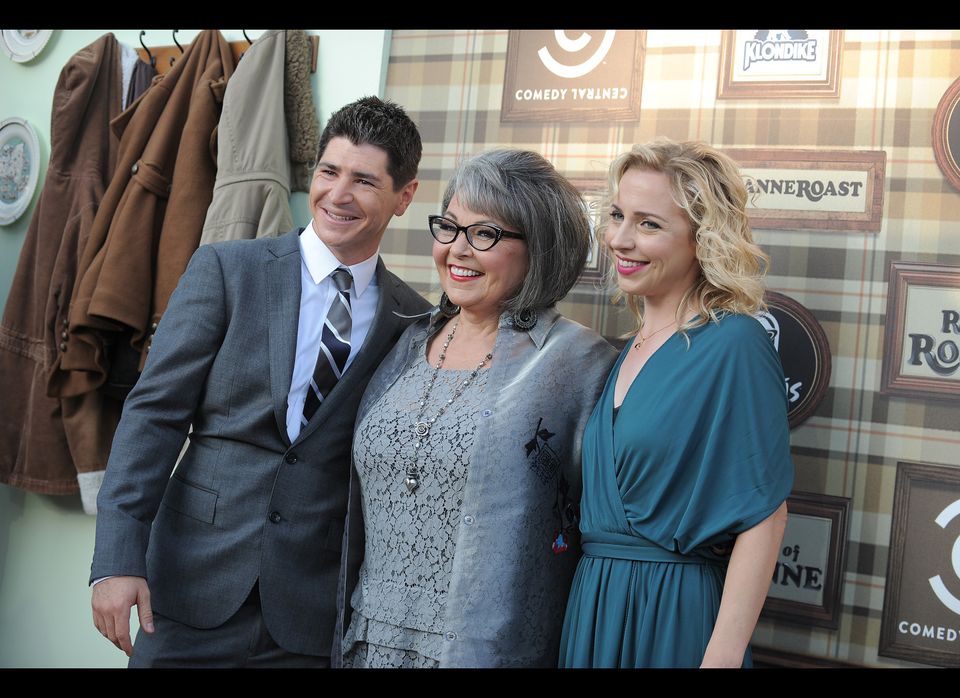