In 2003, Brooklyn-based sculptors Lisa Hein and Robert Seng were commissioned to build something in the midst of the city's post-September 11 economic and emotional slump. The concept: Reconstruction. "We were thinking, after 9/11, there were ashes," Hein told The Huffington Post. "We thought, 'What is the opposite of ashes?' Something flavorful, fruity and colorful."

Jell-O was the answer. 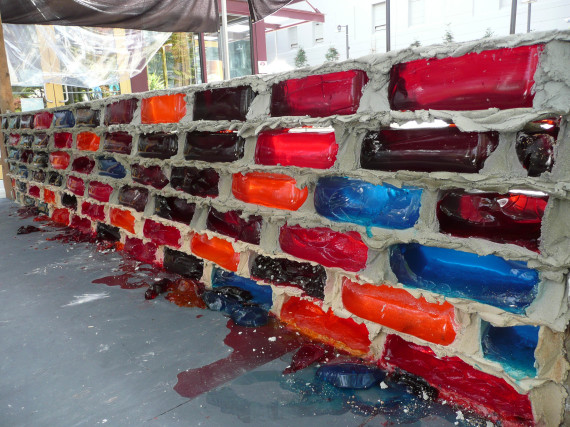 Hein and Seng's 2003 show lasted for three months, and was followed by a second Jell-O brick wall installation put on in 2012 in Seattle. Hein says she and Seng played "the rigidity of the mortar grid against the fluidity of the Jell-O," which isn't a good material for any artist looking for stability, consistency or perfection. "As the wall got taller, you could see the gradation of decay. At the bottom of the wall, the Jell-O was really decayed, dried out and moldy." 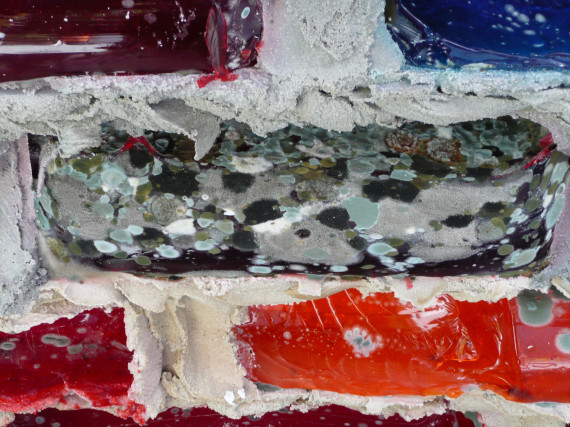 One of the most beautiful parts of the exhibit, Hein says, was seeing the melted Jell-O lakes and rivers form on the floor. While the duo successfully exerted some control over what they were building -- they inserted a bit of steel wire into the plaster-based grout to ground the structure -- much of the exhibit was out of their hands. 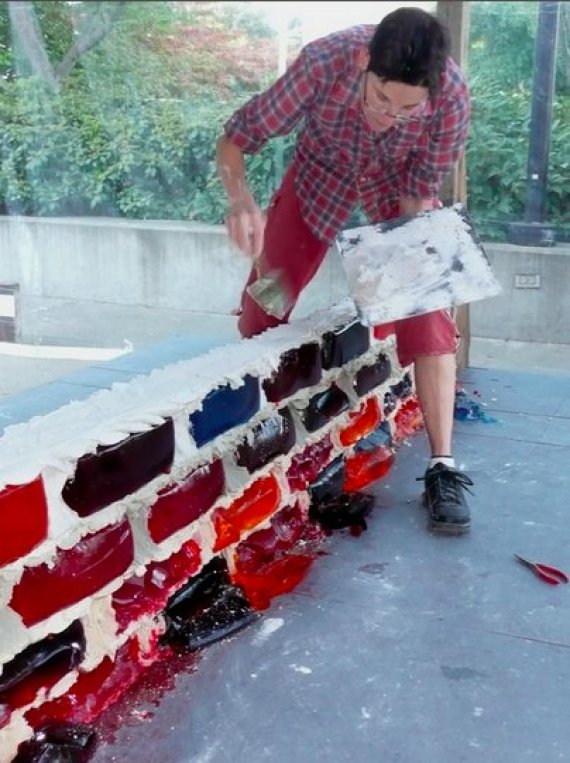 "We didn't have a lot of control over the temperature," Hein says. "There would be periodic meltdowns. They would make these wonderful fluid drawings on the deck -- and that was part of it." 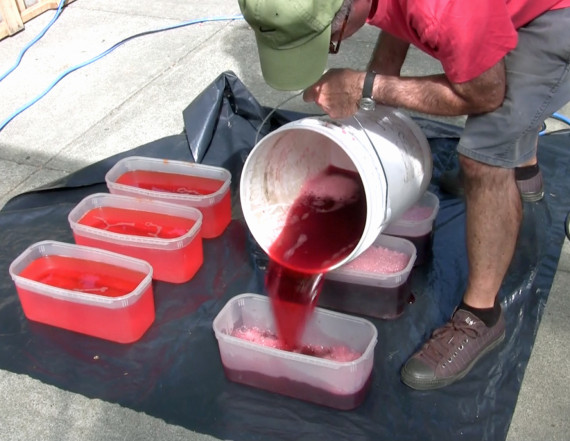 Hein gives the Kraft chemists a lot of credit. She and Seng attempted to make their own Jell-O-like substance with plain gelatin and food coloring, but it hardly matched the magnificent stained-glass effect of the brand. Jell-O's original recipe was better engineered for building than the sugar-free version. The artists used nearly 600 pounds of dry Jell-O for the wall in Seattle, and about 6 different flavors. "In Seattle, we tried to key the color of Frank Gehry's building," Hein says. Blackberry and cherry flavors worked to achieve a "Pacific Northwest palate." 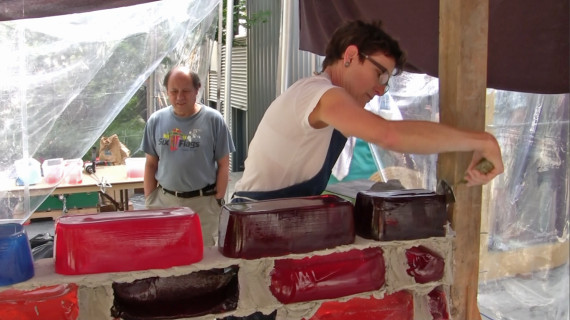 The psychedelic, gelatinous show was not just about the captivating Jell-O wall itself, but the process of constructing it. "It's humorous and it's abject," Hein says. "There's something about the smell and the pouring of the fluids that's a pretty nice combination." Hein says onlookers watched -- with equal parts amusement and bewilderment-- as Seng cooked the Jell-O in their makeshift kitchen, consisting of a hot plate and a refrigerator. 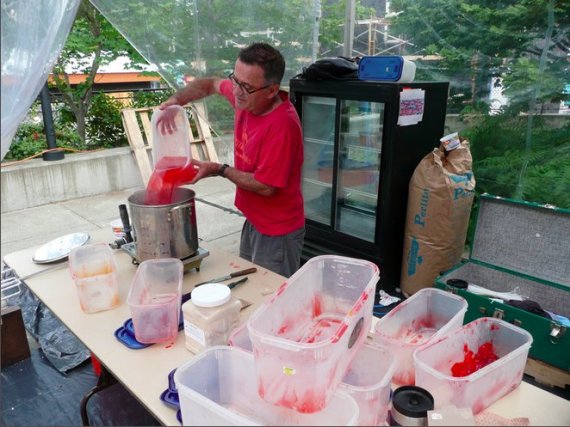 The fragrant smell and steam rising was all part of the art and the entertainment. Everyone could relate to Jell-O, Hein says. "The aroma really captured people and disarmed them at the same time." She says the simultaneity of seeing vivid stained glass colors and smelling fruity food odors was perplexing "in a good way."

The installation artists work with more than just Jell-O: Seng and Hein will both have non-Jell-O work on display at a show at the Pierogi 2000 Gallery in Williamsburg beginning this Friday, Sept. 5.