It's no secret that climate change is a problem for ocean dwellers. Coral reefs are suffering, mollusks are losing their skeletons and fish really don't like it hot. The seas are changing. Yet for one gelatinous creature, the deader the oceans get, the better.

Enter the jellyfish: slimy, entrancing, dangerous and prolific. Over the past few decades, a trifecta of human activities has helped the creature's populations boom -- overfishing has removed their natural predators, fertilizer runoff has created low oxygen "dead zones" where they thrive, and acidification has melted the shells of shellfish, but left the jellies unscathed to bob about. Jellyfish blooms have become a major problem around the world far beyond the notorious sting to swimmers. They were responsible for the partial shutdown of a nuclear reactor last year. They've wrought havoc on fisheries around the globe, and they even contributed to the sinking of a 10-ton fishing boat in Japan in 2009.

So what are we to do, aside from bend a knee to our new jellyfish overlords? Simple answer: Eat them. 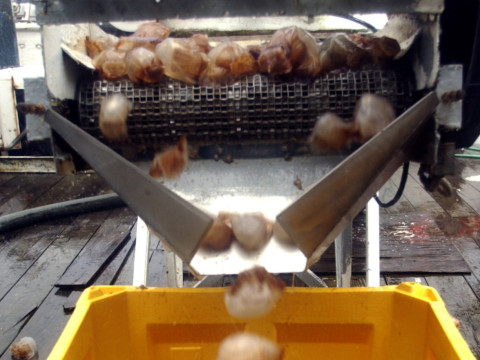 One of the most prolific Cnidarians along the Southeastern Seaboard is the cannonball jellyfish, also known as the cabbage head jellyfish. They're about the size of a softball with nearly no sting, and they're becoming a major source of income for shrimpers who've seen fishing bans put in place as the crustaceans disappear.

These "jellyballs" haven't really caught on in America -- the Charleston Post and Courier calls them "bland at best" -- but they're incredibly popular in parts of Asia and fisherman are now exporting millions of pounds overseas. "In one jellyfish season, a fisherman can make as much money as he makes in three or four shrimp seasons," Steven Giese, CEO of Carolina Jelly Balls, told NPR earlier this year.

Giese has been trying to open a jellyfish processing plant in South Carolina to compete with established fisheries in Florida and Georgia, and despite some opposition, applicants were rushing to work in the plant at a job fair in February. Nobody knows how many of the brainless creatures there are in the Gulf, but Jim Page, a jellyfish specialist with the Georgia Department of Natural Resources, told NPR some blooms are so dense "that a boat can fill its trawl net in five minutes and bring in 100,000 pounds in a day." As The Atlantic put it, jellyballs are serious business.

Despite their less than appetizing appearance, jellyballs are high in protein and collagen, and in a future where bugs may very well be on the menu, jellyfish sushi could be more than welcome on the dinner plate. Sabrina Sexton, lead culinary arts instructor at the Institute of Culinary Education in New York City, put together a recipe should you come across some cannonball jellyfish in your fishing nets (or, more likely, a dried version in an Asian market). Check out the video above, and dig in. 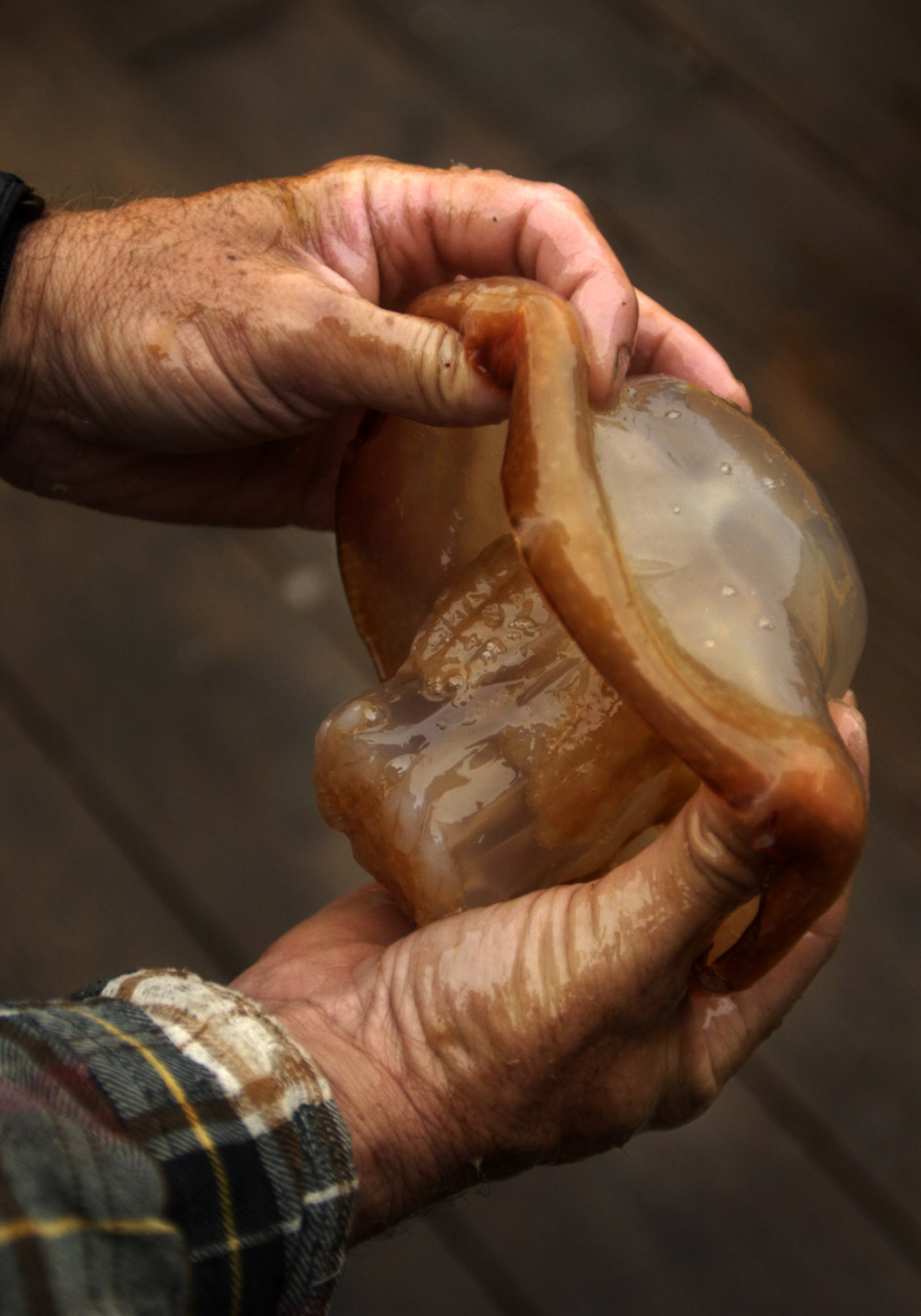