There is nothing more simultaneously graceful, terrifying, mesmerizing and ominous than the jellyfish.

Following the sun, drifting with the currents, these floating, fascinating creatures are more than just gelatin and tentacles. Lose yourself in the 11 facts below that are just as mesmerizing as the ethereal creatures themselves.

1. Jellyfish have been around for more than 500 million years, making them possibly one of the oldest species on Earth. 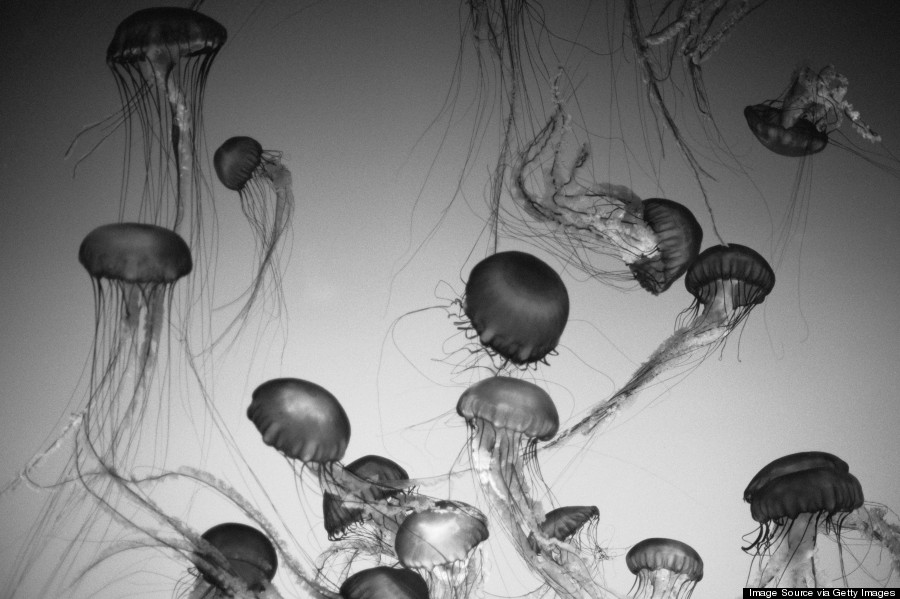 2. Different species of jellyfish can be found in every ocean in the world. 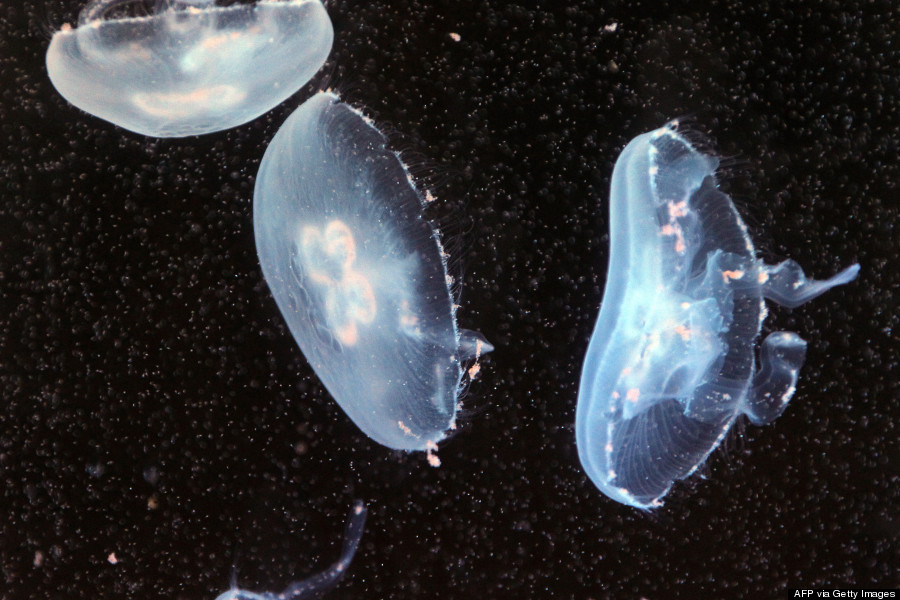 Jellyfish have adapted to all types of waters from warm shallow waters, all the way to the bottomless depths of the sea.

3. Not all jellyfish sting. 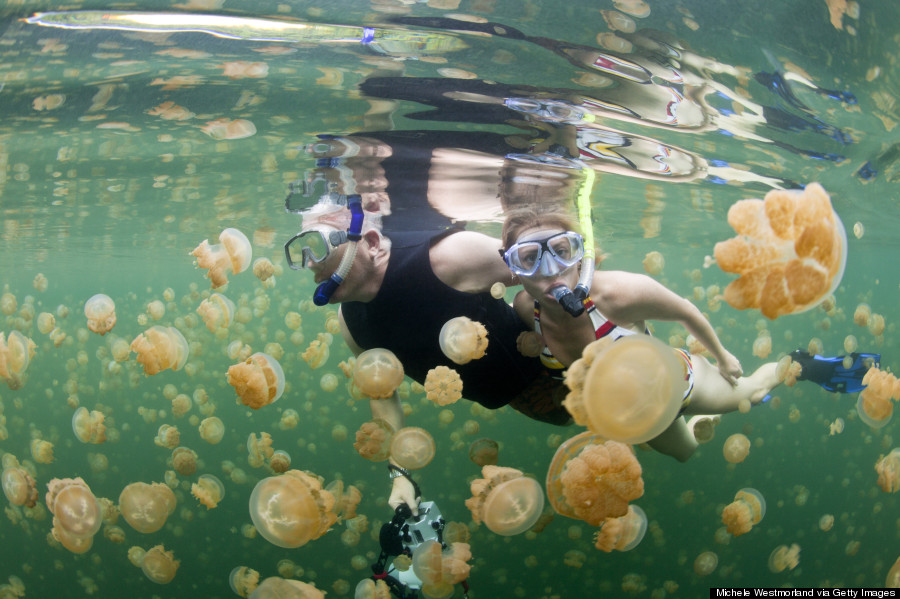 Jellyfish Lake in Palau is filled with millions of nontoxic golden jellyfish that spend their days migrating with the movement of the sun.

4. The ones that do sting use very small, toxic stinging cells called nematocysts. 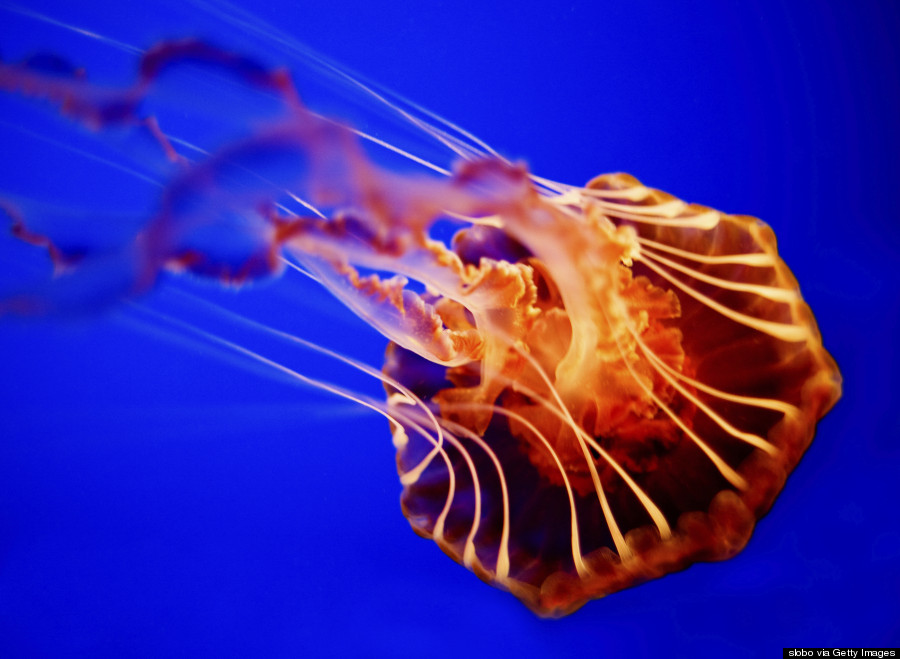 Some jellyfish have millions of nematocysts in their tentacles, which they use to capture their prey. When humans are stung, the toxins are painfully absorbed through the skin.

5. Box jellyfish's venom is considered the most deadly in the world. 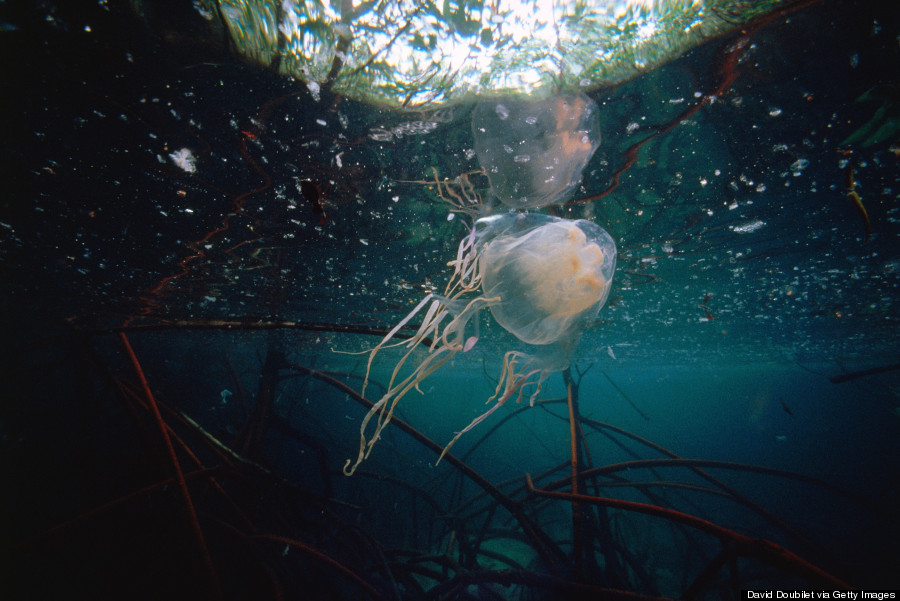 Its toxins attack the heart, nervous system and skin cells. A box jellyfish sting is so painful that humans have been known to go into shock and drown or die of heart failure after being stung.

6. Jellyfish have no brain, bones or heart. 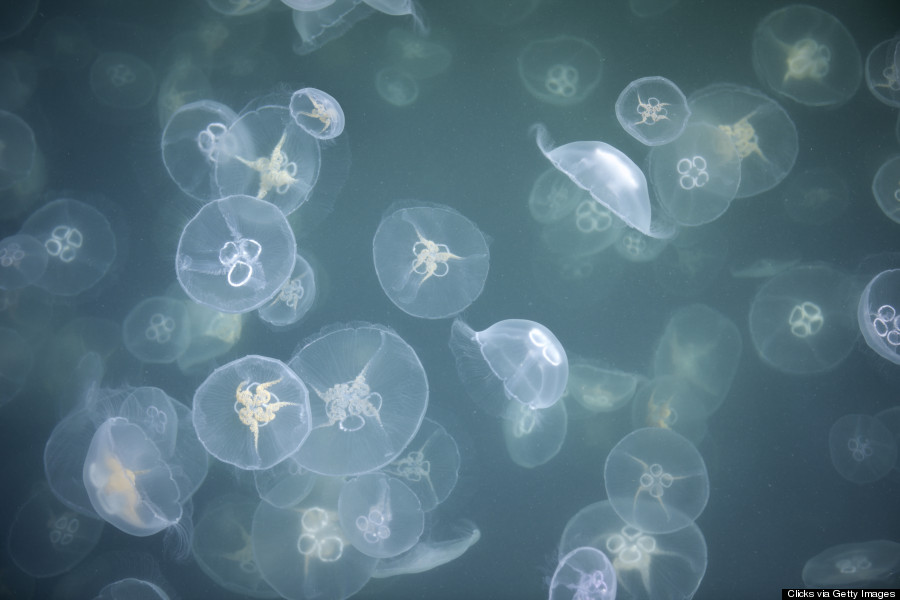 They are actually not really a fish at all. Jellyfish are relatives of anemones and corals, and are considered invertebrate animals because they do not have a spine or backbone.

7. The Lion's mane jellyfish is the world's largest species of jellyfish. 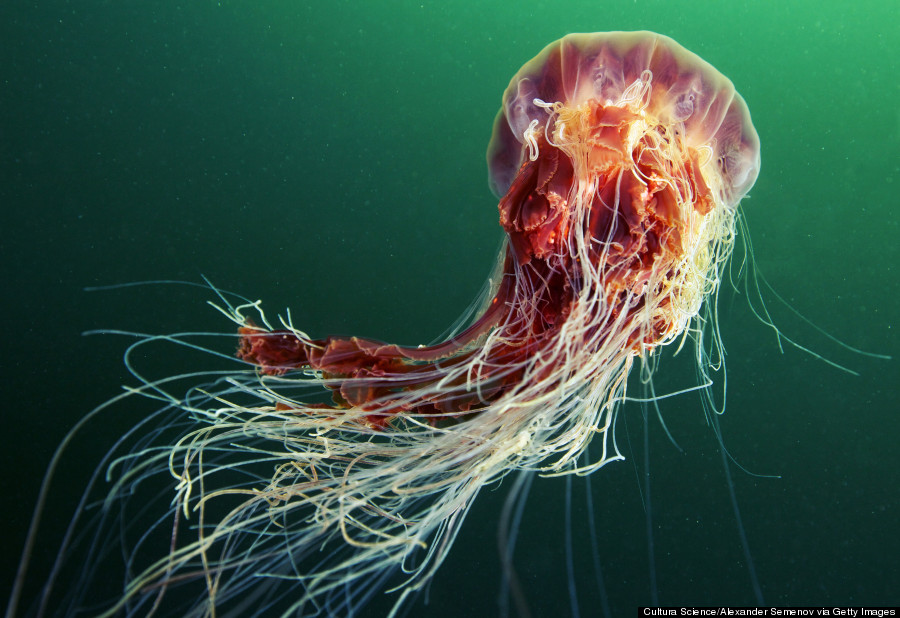 It can reach up to 8 feet in diameter. The largest recorded Lion's mane jellyfish had tentacles reaching up to 120 feet long.

8. This is the world's smallest jellyfish. It's also the most deadly. 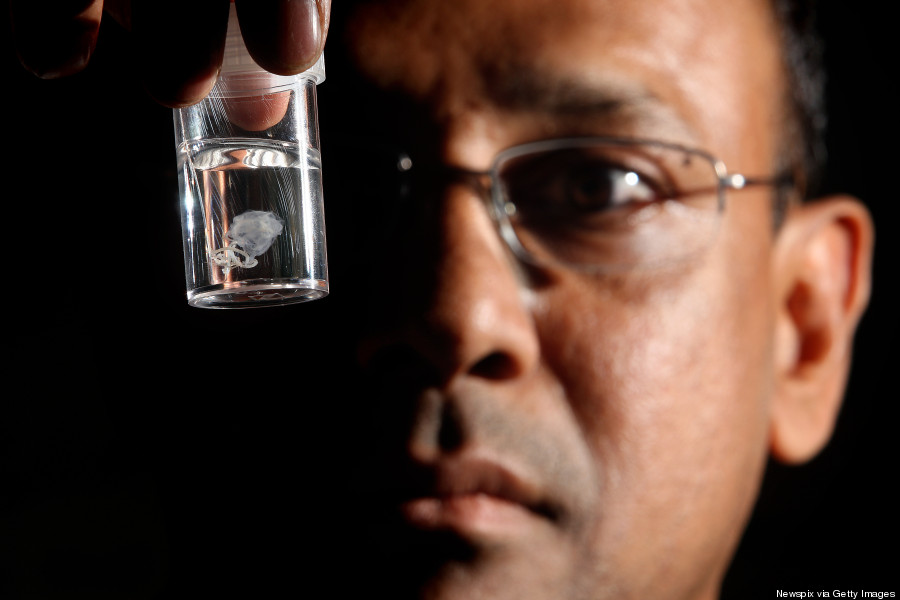 The Irukandji jellyfish, or Common Kingslayer, can deliver a sting that is 100 times as potent as a cobra's and 1,000 times as strong as a tarantula.

9. Carnivorous anemones eat jellyfish by trapping it in its tentacles and devouring it slowly.

At :55 in the video above, watch as a Lion's mane jellyfish is "reeled in and eaten alive by "a hundred hungry mouths."

10. The box jellyfish has 24 eyes, grouped in clusters of six across its bell. 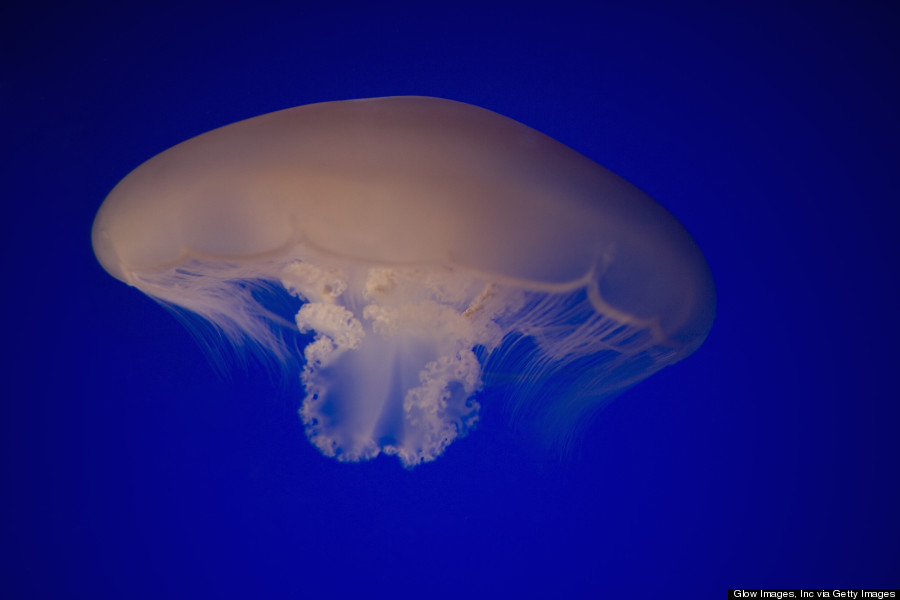 11. There is a type of "immortal" jellyfish that ages backwards. 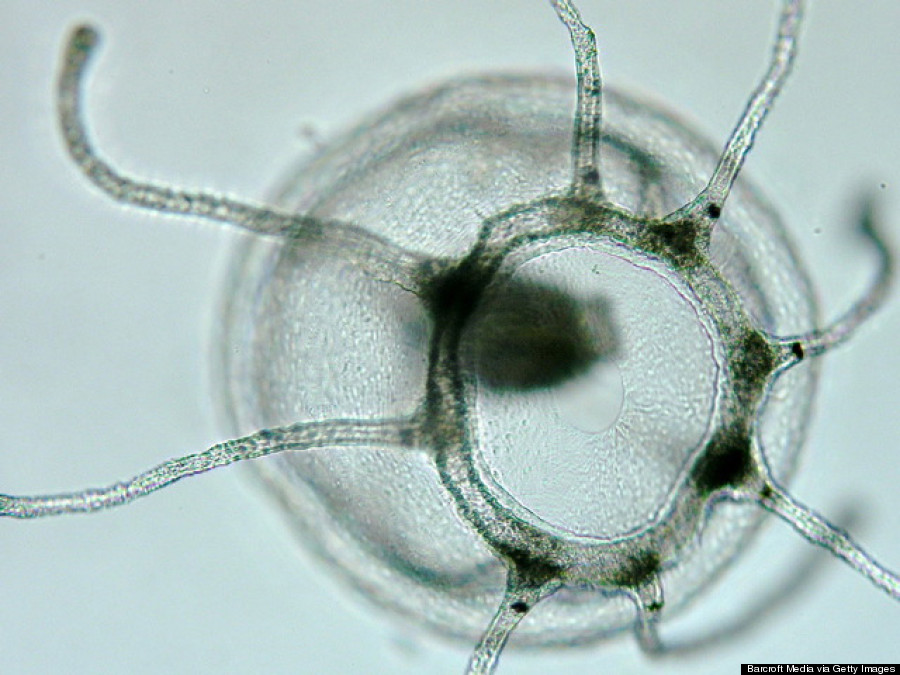 When the Turritopsis dohrnii is near death due to crises such as starvation or physical damage, it transforms itself into a younger state, à la Benjamin Button.

11 Jellyfish Facts That Are Just As Mesmerizing As The Creatures Themselves (PHOTOS)
Dinos Dining: Prehistoric Predators