Jen Lewis' rather unorthodox email signature reads "Conceptual Artist & Menstrual Designer." It seems that a menstrual designer is pretty much what it sounds like -- one who is inspired to explore and share the aesthetic merits of a usually reviled and quickly discarded material. For example, Lewis' macrophotography project "Beauty in Blood" asks viewers to take a moment to revel in the vibrant color and whirling momentum of the bodily substance, which so often remains unspoken and quickly flushed away. 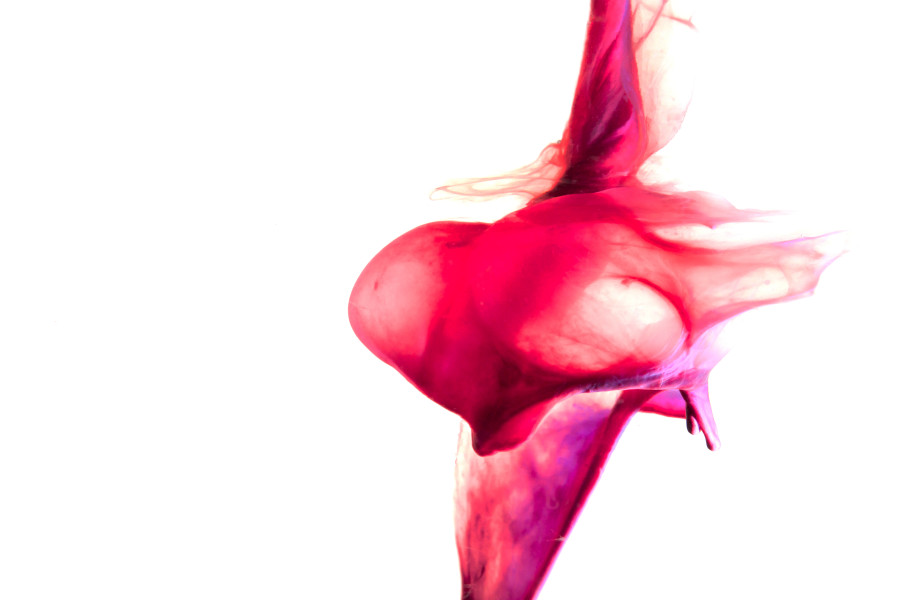 "The catalyst for the creation of 'Beauty in Blood' was actually when I switched from tampons and pads to a menstrual cup at the recommendation of my physician," Lewis explained in an email to The Huffington Post. "The cup is a much more 'hands-on' approach to menstruation management so my relationship with my body began changing immediately following the first use. One day, when I had some blood on my fingers after emptying my cup, I started to wonder about why society framed up menstruation as something disgusting."

Lewis began to notice the gratuitous blood visualized in film, television and photography when violence and gore were involved, taking issue with the fact that menstruation still remained "scrubbed from the visual landscape." So she started "Beauty in Blood" in 2012 while she was working as an administrative assistant at the University of Michigan in the Division of Infectious Diseases. The medical images that lined the research buildings' walls -- the magnified anatomical renderings showing bones, blood cells, neurons, tumors and disease progression -- ended up influencing her work.

"I wanted to do that with menstrual blood," Lewis recounted. "Get real close and look at something in a whole new way." The images that followed resemble everything from jellyfish to cotton candy, reminiscent of photographer Alberto Seveso's ink portraits. 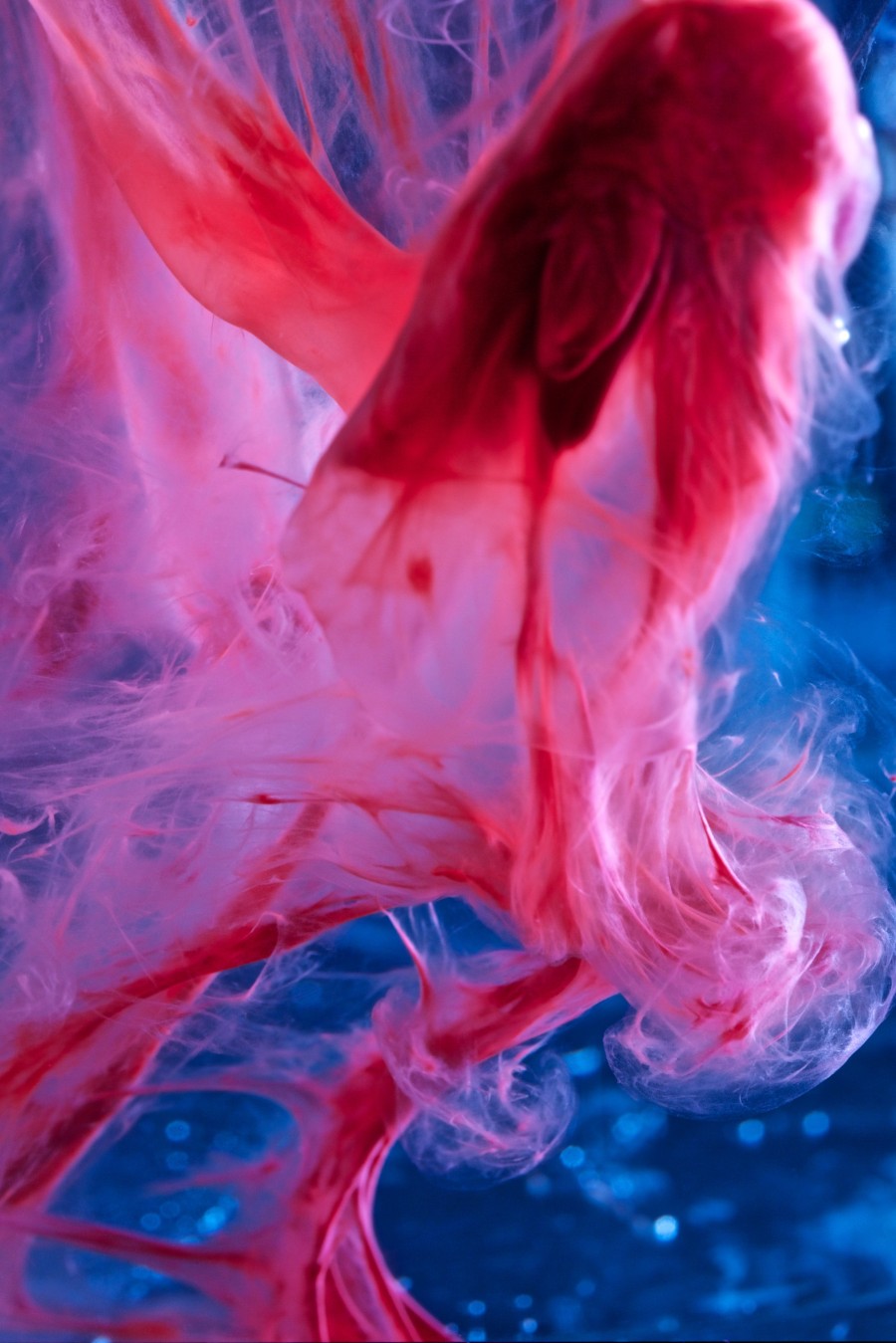 Lewis collaborated on the series with her husband Rob Lewis; he manned the camera -- a Canon 5D Mark II with a 100mm 2.8/fL macro lens -- while she monitored the blood. When the project began, they worked while Lewis was actively menstruating. "Those evenings after work, I would remove my cup, leave the bathroom and Rob would set up the lights and camera. I would pour the blood into an empty toilet bowl to emphasize the abstract elements I saw at play: the color contrast of bright red against stark white porcelain, the organic way the blood moved in the water, how different the blood was from day-to-day. Every pour looked different." After about a year, the couple discovered a better method for photographing water and adjusted their technique accordingly. They moved from the bathroom to a small aquarium, filled with both salt and fresh water to maximize the blood movement. "I also work with more tools than just the cup now," Lewis added. "I like to experiment with different blood delivery systems, i.e. pipette (awesome), turkey baster (terrible), chopsticks (excellent), travel shampoo bottle (also excellent)." 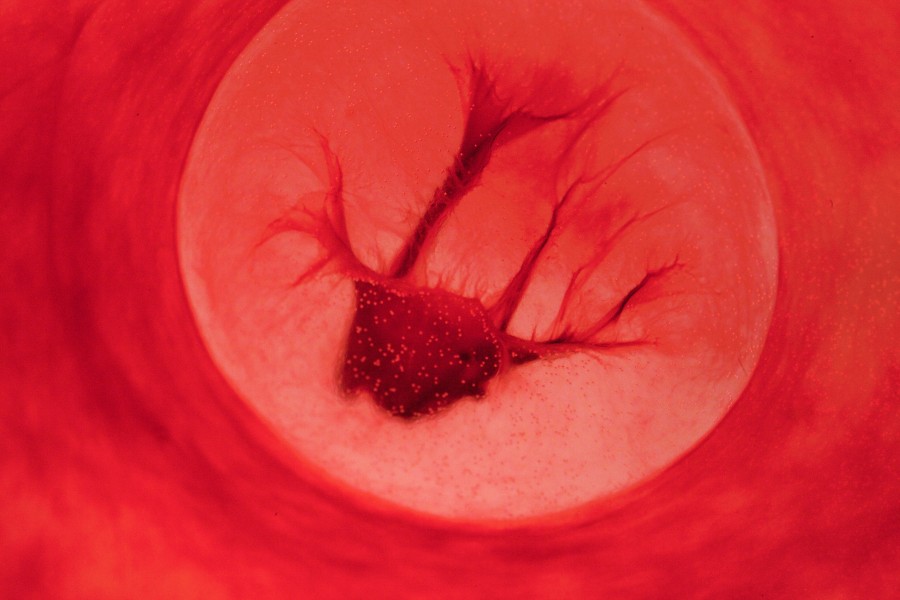 The main goal of Lewis' project is fairly obvious: to eliminate the taboo and grotesque associations so often attached to menstrual blood. (Remember when Instagram censored an unassuming photo of artist Rupi Kaur lying on a bed in sweatpants, with a period stain visible through her clothing?) She also hopes to raise awareness of human rights issues related to the menstruating body.

As Lewis explains: "It’s rare to think about all the ways menstruation touches the lives of those around us, from homeless menstruators to Nepal earthquake victims to schoolgirls in South America to working women in Bangladesh to the carbon footprint of disposable pads and tampons on the planet. Once you start connecting these dots out-loud, it’s hard to stop." 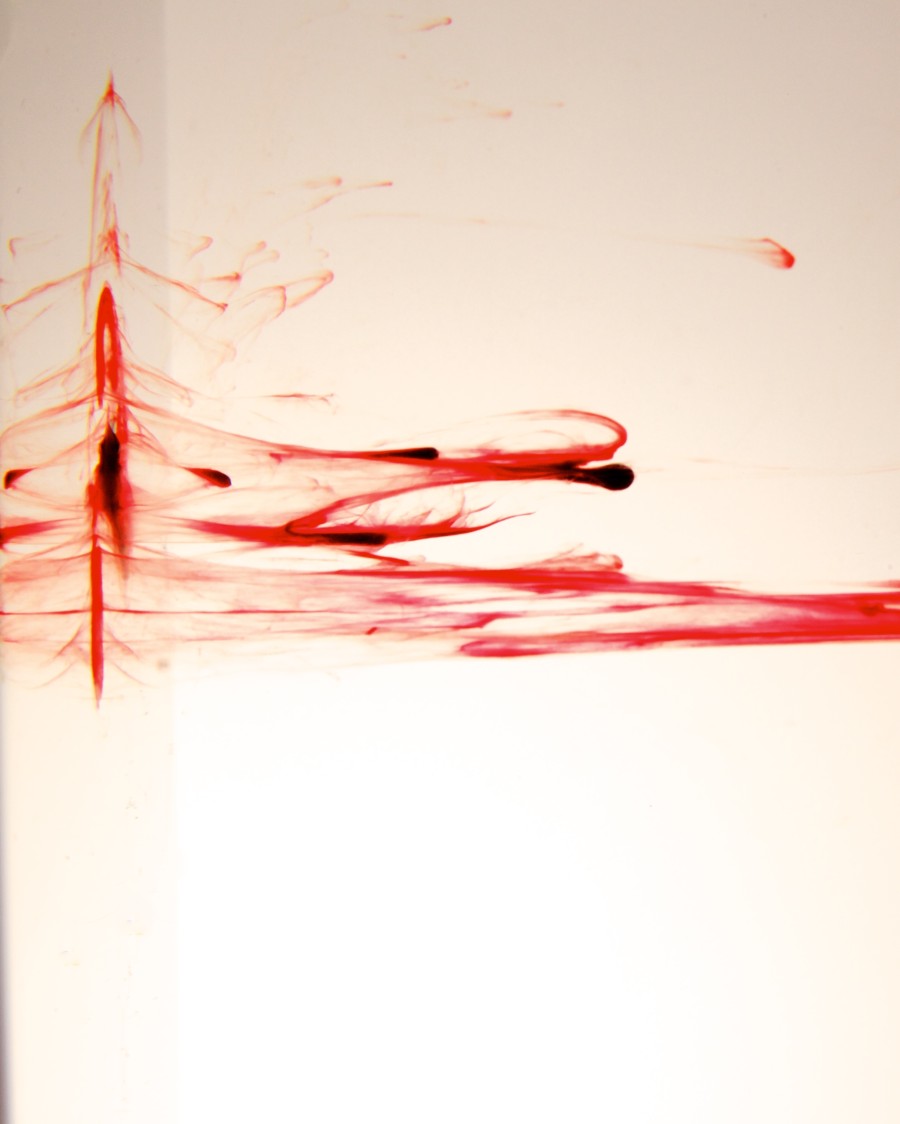 Since embarking on the project, Lewis has connected with many other artists pursuing a like-minded vision. She subsequently curated an exhibition centered around the menstrual cycle and reproductive justice called "Widening the Cycle." It will be installed at the Menstrual Health and Reproductive Justice Conference at Suffolk University Law School in Boston from June 4 to June 6, 2015.

Inspired by feminist artists including Judy Chicago, Carolee Schneemann and Ana Mendieta, as well as art-meets-science pioneer Bernice Abbott, Lewis is breaking through the invisibility surrounding a natural bodily reality. "Beyond communicating a singular message, my hope is to stimulate these conversations and get people speaking openly about all the issues related to menstruation ... I hope 'Beauty in Blood' communicates that menstruation is nothing to be ashamed of or fear."