If you haven't already binge-watched Netflix's latest hit show "Orange Is the New Black", might I suggest that you go and do that. Right now. The series, created by Jenji Kohan (the woman responsible for "Weeds"), is based on a memoir of the same name, and chronicles the newly engaged Piper Chapman (played by Taylor Schilling) as she is ripped away from her cozy Park Slope life to spend a year in prison for a crime she committed with her drug-smuggling lesbian girlfriend, 10 years prior.

Most of the show takes place between four prison walls and documents Chapman's life, along with the other inmates she encounters along the way. Though the costumes might not seem especially compelling given that most of the time the cast members are wearing khaki prison scrubs, costume designer Jenn Rogien (who also works on "Girls") manages to give each woman her own unique identity through wardrobe, making the costuming easily one of the most interesting facets of the show. Lucky for us, we were able to chat with Rogien about her design process and ask her some of our burning questions (namely, about the underwear situation). Here's what we learned:

How did you go about researching for the show? Where do you even start with a series like this?

There were several different research fronts. One was the world of the prison and what the inmates actually wear, [and] what correctional officers actually wear. For instance, our character Caputo (Nick Sandow) is the head corrections officer [and] in reality he is in a suit and not a uniform. So we did that whole world of who's in uniform, who's not in uniform. For that we have a wonderful technical advisor who is a former corrections officer. And then we were also able to access information through the Federal Bureau of Prisons. So it was a lot of research on the inmate and officer front to really try and get it right and tweak it for our story.

What was one of the most interesting things you learned from your research?

One of the most interesting things that I learned was from Piper Kerman, who wrote the book and who our story is based on. She was saying that in her experience, groups of inmates would spend a lot of time ironing very specific patterns into their uniform pants to try and personalize them a little bit. And it's of course against the rules, but it was a way of having some self-expression in a world where all you have is uniform pieces. For production reasons we weren't able to replicate that for some of our characters.

Are the prison uniforms you use in the show authentic?

Was it challenging working with essentially the same few pieces all season long? How did you convey the individual women's personalities through their uniforms?

That is the fundamental challenge of costume design: How do I use clothing items to express characters? When you're doing a civilian character, there is a broader range of pieces so the editing process is a little bit more massive. And that's the fun, and the challenge, of designing an inmate show -- you only have six to eight pieces, if your inmate has commissary funds, that you can work with. So how do you take those few pieces and express character? How do you get Poussey to look like Poussey? And Piper to look like Piper? We spend a lot of time going through the whole episode saying, 'Okay, who gets their white T-shirt this time?' Or, 'Do we need to put somebody in sweats? Do we need to add a hoodie? Do we need to take away a hoodie?' And then, over time, there are certain pieces that become iconic to a character. For instance, Pennsatucky started wearing her hoodie in the laundry area and then it became something that Taryn (Manning) was brilliant at manipulating -- with the hood and the pockets, and the zipper up and the zipper down. It's just that those subtle choices become magnified when you're working with such a limited range.

Do you think there are any tips that the everyday girl can take away from this series in terms of the wardrobe? I mean, we all sort of have our own uniform in a way, some of us wear jeans and a T-shirt everyday. How would you suggest changing it up?

My focus is always on what story do you want to tell. Whether it's on TV, or in the theater, or in your life: What do you want to express? It's really about what image you want to present. It's the same thing I do with the characters, you know? What image am I presenting to our audience? It's very similar in real life. Go up or down a size in your regular jeans and see what that does for you. Try a slim jean as opposed to a boot cut jean or vice versa, and just see if that gives you something new to play with in your everyday character.

Speaking of changing it up, I need to know about the very unique shower shoes on the show. Were the ones Piper wore at the beginning made out of maxi pads?

Yes, they are! Those are maxi pads. I believe that they were based on some real anecdotes that maxi pads are plentiful in prison and so our inmates got creative with them and used them for cleaning their rooms and myriad of uses. But in this particular moment, it was a great way to convey that necessity is the mother of invention.

How long did it take to make them? Did it take multiple attempts?

Yes! My tailor and I did a whole exploration/collaboration where we just sat down and figured out how many different ways we could combine a maxi pad to work as footwear. And we came up with several different options, probably four or five that actually worked, and several failed attempts as well. Another thing for us is that we knew they would be getting wet, so we wanted to make sure that they would actually work in water and they would be safe for the actor to move around in. So we did a wet test in our office. We pretty much plastered the whole place with garbage bags and put down tubs of water. And my wonderful tailor Drea was very game to do the wet test for me, so we ended up coming up with the design that you see on TV that was both funny, and served the purpose of the script, but was also safe for Taylor to walk around in. And that we could reset because we had to probably make 15 pairs of those things.

Woah, just another day at the office! Does the same go for the duct tape shower shoes that Laverne Cox's character Sophia wears?

Yes. We did a lot of online research to see what forms of duct tape shoes were out there and then, of course, Sophia is quite crafty. She knows her way around DIY, so her uniform, completely against regulation, is tailored to get that wonderful shape that you see. The duct tape sandals were custom made for her. We made four or five different pairs and pitched them to Jenji and the writers to see which ones they thought would work best for the moment. And [Sophia's] muumuu was cut-off and pleated so it's shaped as well. So we do little touches with her to really convey her feminine shape and her feminine ideals.

Aside for Laverne Cox's character, is there any character that is especially fun to dress?

I think they are all wildly fun to dress because they are so different, but I will say that the Russian flashbacks with Red were pretty entertaining.

I have to ask about the lingerie situation in prison because it's never explicitly dealt with in the show. Is it standard issue as well?

It is, it really is! The granny panties are all actual prison underwear and the bras, we had some size challenges with what was available through the prison suppliers, so we ended up getting the same brand and the same style, but through an online resource. So yes, they are actual prison issue underwear.

And lastly, there have been rumors swirling that Laura Prepon has not signed on as a regular for season two. Do you have any dirt to dish on that?

"Orange Is The New Black" Season 1 is currently streaming on Netflix and Season 2 is in production. 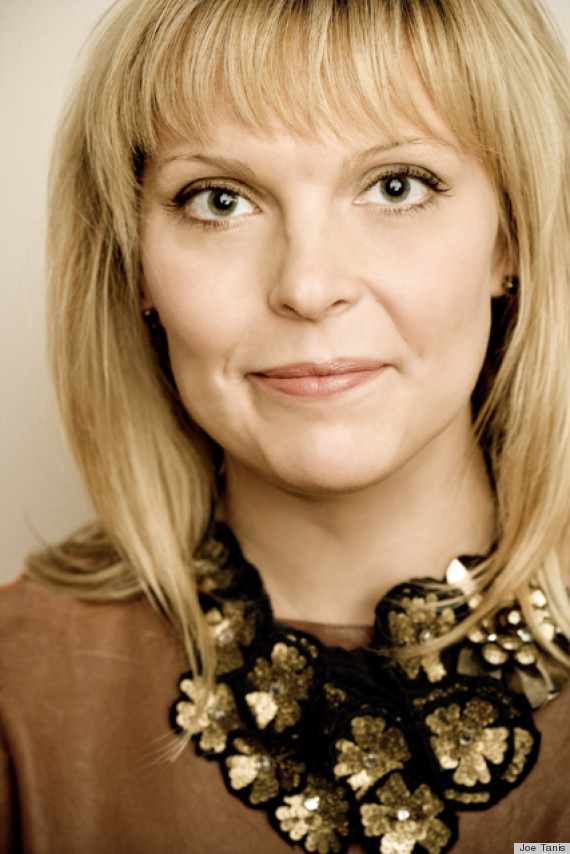 Take a look at Jenn's amazing work transforming the cast:

'Orange Is The New Black' Cast On & Off Set