Jenna Fischer covers the March issue of Redbook and in the interview the actress, 36, talks about having to stay thin for work and finding love after her 2008 divorce--with screenwriter Lee Kirk, whom she married last summer.

The magazine's press release follows; read more here and scroll down to see the cover.

Redbook: As an actress, do you feel pressure to stay in shape?

JF: "In a normal job, if you gain or lose a few pounds, it's no big deal. But in my business you have to tell someone so that the next time you go to a fitting, the clothes are the right size. It's really embarrassing to have to say to your manager, "I'm now a 6 pant instead of a 4." Emails go out, and they cc the agents: "Jenna would like everyone to know that she's now a 6 pant." This is why actresses obsess about their weight. It's not a private affair."


Redbook: You're a newlywed. Has your idea of The One changed?

JF: "In a way, yes. After my divorce, someone said to me, "Finding love is not as hard as picking the right person to spend the rest of your life with." It was Paul Lieberstein, the executive producer of The Office; he also plays Toby on the show. I held on to that advice when I was searching. I'd start to fall for someone and think, But that's not a good match. The fluttery feelings aren't enough. When I was younger, I thought you married the person you fell in love with the most. But as [my ex-husband and I] learned what we wanted, I realized there was a whole other set of criteria. You have to ask, Do we have the same goals?"


Redbook: What was it like to date after your divorce?

JF: "I thought I'd go wild with freedom, but instead I pretty much did what I did in college--stay home with my cat [laughs]. I didn't want to waste time flitting around. I remember going out with one cute and funny guy. I thought, We could have a really fun eight months, but that's eight months I'm taking away from finding Mr. Right. I can't afford that. So I ended it." "In the midst of all that, I was having weekly script dinners with Lee, and I realized, I'm looking at basically the perfect man. It doesn't get better than this." 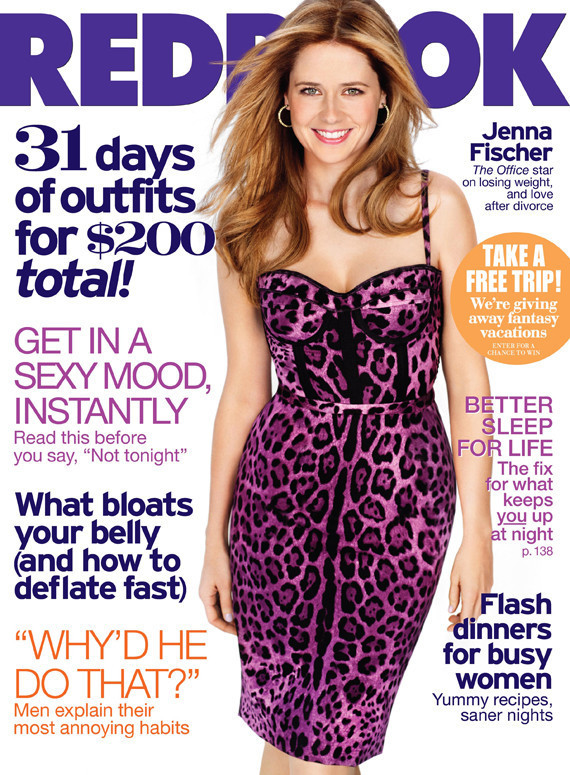