After much anticipation, I along with millions of other viewers, 16.9 million to be exact, sat down to watch the highly awaited 20/20 interview with Diane Sawyer and Bruce Jenner. During the interview, Bruce Jenner candidly spoke about his long term struggle with gender identity and at the time of this interview was still using the male pronoun. At the age of 65 years old, this one time Olympic Athlete turned famous reality dad, publicly announced his courageous desire to explore, as he described it, becoming "her," the woman he's always experienced himself to be.

People saw him as a man, who was the epitome of the All American Alfa male. Jenner effectively showed us how you look on the outside has little if anything to do with who you experience yourself to be on the inside. And In opening up about this very personal matter, Jenner revealed another facet of what it means to be transgender. As a psychological commentator I've been asked to talk about this topic in the news, but Jenner's interview, turned the subject of what it means to be transgender into a highly publicized and perhaps long overdue national dialogue.

To help clarify some of the questions surrounding Bruce Jenner's interview, as well as talk about what it's like for some to transition and be transgender, I interviewed my friend, Ryan Sallans, an American LGBT advocate, author and out trans man who began his transitional journey in 2005. 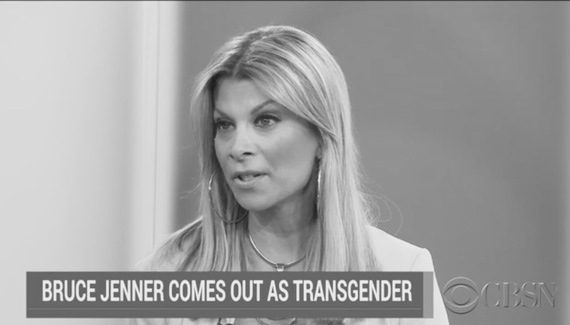 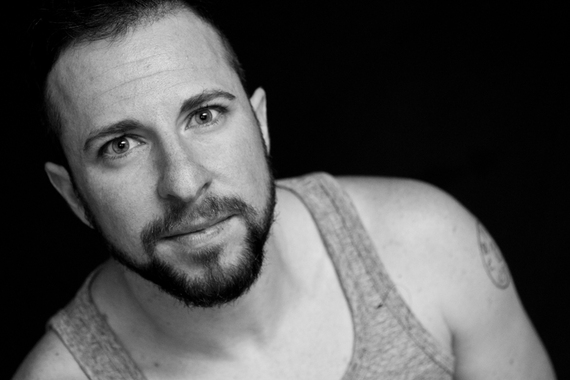 Dr. Robi: Why is Bruce still referring to himself as "he" if he identifies as being a "she"?

Ryan: Being transgender, my natural inclination is to use the pronoun "she" and to not use Jenner's birth name. Some people may feel confused by the fact that in the 20/20 interview, Jenner was still using male pronouns. Each transgender person has their own coming out process and own timeline regarding when they feel comfortable either using a different pronoun or name. In the 20/20 interview, Jenner was alluding to approaching that time, but appears to not quite be there.

Dr. Robi: How unusual is this?
Ryan: Every single person's transition is an individual process. So I wouldn't classify anything as "unusual," but rather unique to that person. In looking back at my own transition from female to male, even though I had had a surgery to remove my breasts and was on testosterone, I didn't start using male pronouns, or my chosen name until four months after I began my transition.

Dr. Robi: What was your reaction to Bruce Jenner's interview?
Ryan: I felt extreme sadness and also hope within one minute of the interview. I cannot imagine what life is like for people who did not have as wide of access to information around transgender identities as we do today. I know some people in the transgender community may attack Jenner, either because they feel at this point female pronouns and name should be used, or they are frustrated because the media is covering Jenner's story and not the violence and discrimination that is faced by transgender people worldwide.

In my opinion, Jenner's story impacted people that would otherwise not pay attention to news stories around the transgender community because they grew up with Jenner. In the interview, it is very apparent that Jenner has a lot to learn, and is open to learning and wanting to help. This interview reiterated that we all have individual processes, and we need to respect what has been requested by each individual. The way my heart felt in watching the interview, and seeing Jenner's 85-year-old mother even state her support, is inspiring.

Dr. Robi: Bruce said he always liked women and enjoyed sex with his wife, is it unusual for someone to enjoy sex as a man, when he identifies himself as a woman?

Ryan: Just like there is a coming out process for a person's gender identity, there is a coming out process for their sexual orientation. In the interview, it was stated that sexual orientation and gender identity are two separate things. In Jenner's situation, some people may say that Jenner should now identify as a lesbian because he is saying he is a woman, and that he is attracted to women. What I found powerful in the interview was Jenner stating that right now he feels asexual. For people who are unfamiliar with this term, it means a person who has no, or very little, sexual attraction toward other people. What I am sensing as a viewer is that Jenner just needs some more time to understand all aspects of identity.

Dr. Robi: Why do you think Bruce wouldn't talk about what sex he would date or who he would have sex with, once he transitions into a woman?

Ryan: Again, everyone has an individual process as to how they come to terms with what different labels may mean to them and their identity. For Jenner, it may be difficult enough having the world watch his transition to true self, having people also asking questions about orientation and sexual behaviors may make him feel even more uncomfortable.

Dr. Robi: If Bruce decides not to have reassignment surgery, does this mean he's more of a crossdresser versus a transgender person?

Ryan: Absolutely not. What defines how a person identifies their gender identity is not determined by what is between their legs. While Jenner is in the unique situation of being able to have the financial resources to pay for gender affirmation surgeries, most other people do not have that luxury, or are not insured, or if insured, do not have coverage that includes transition related care. There are other people who do not desire surgery. Do any of these reasons make a person less male, female or beyond male and female? The answer is, "No." What makes us who we are, is how we feel and identify on the inside, not what is between our legs.

Dr. Robi: Are you surprised by the support Bruce Jenner is getting over his coming out?
Ryan: I am grateful for the support Jenner is receiving from the community. I also ask that for folks that are judging, criticizing or making fun of Jenner, to reach deep down into your hearts and recognize that each and every one of us have a different story, a different path and a different way of understanding who we are, and also how to explain that to others.

Dr. Robi: Do you think his coming out can help the transgender community?
Ryan: My motto is "Sharing Stories, Save Lives," and I do believe Jenner's story can help the community, and people outside of the community develop a little more compassion. One of my favorite parts of Jenner's interview was showing Jenner's children and also 85-year-old mother talking about their love.

Dr. Robi: Bruce's family seems to be very supportive of his transition. How unusual is this?

Ryan: Every family's reaction to a person coming out as transgender is different. We currently do not have specific research to state the number of families that are accepting versus rejecting related to when a person comes out. I know some people that come out, whose families are completely rejecting, other families who need some time but eventually open their arms and then families who are accepting from the get go.

If we look at research from the Family Acceptance Project, we know that families that are accepting of people who come out as LGBT equates to LGBT people who do better both emotionally and physically in life. Families who are rejecting of LGBT people, dramatically increase the risk for both mental and physical health disparities, which includes suicide. When Jenner said that he could have taken a gun to himself after all the intrusive media coverage, my heart sank. Far too many of us are lost too soon because of that same feeling, or because of the violence we experience from perpetrators.

Dr. Robi: What advice would you give to Bruce Jenner from here on in?
Ryan: The advice I have for Jenner, is the same advice that I have for other people, continue to hold on to what you know is true for you. Do not try to change yourself to what you feel other people want. This is your life to live, and as far as any of us know, your only life to live, so treat your inner spirit with honor and dignity.

Ryan wants it to be noted again, that when using "he" as a pronoun, it is in recognition as to what was requested by Jenner in the 20/20 interview. In support of Jenner's identity and transition, Ryan would have liked to use the pronoun "she" and "her," but recognizes that everyone's transition process and timeline is different.