Raise your hand if you miss receiving mail. You know, the feeling of rushing to the mailbox to see what unknown messages await you. Grabbing the loot and attempting to decipher the secret sender from the scribbled return addresses. Using your finger to gently ease open the envelope's seal, careful not to disturb the precious bounty inside.

What awaits in the envelope could be anything from a coupon to a birthday card to a long-lost confession of love from the eternal object of your desire. The thoughtfulness, anticipation and reward of sending and receiving mail the good, old fashioned way puts the blasé experience of opening an email to shame, and the whole exchange will only cost you a mere 49 cents. 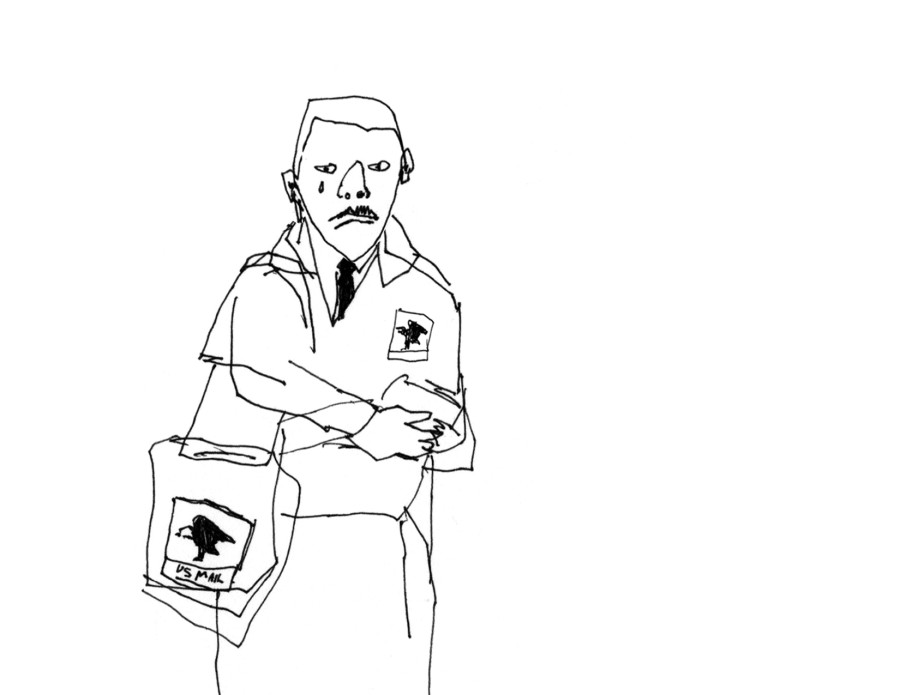 As you likely know, the postal service as we know it is in jeopardy. Social media and web communication threaten to turn hand-written letters and all the romance that comes with them into a quaint and obsolete notion. Jennie Ottinger, an Oakland-based artist and mail devotee, is determined to save the endangered mode of communication, using none other than the power of art to do so. "The democratic pricing and commitment to deliver to every American is something we should be proud of and work to defend as a matter of patriotism," Ottinger writes in a statement.

"The United States Post Office is endangered due to dire financial trouble and the ideological obsessions of certain congressmen," she continues. Ottinger is referring to California Congressman Darrell Issa, who, she explained in an interview, "keeps trying to write legislation that would effectively put the post office out of business and privatize it." There are ways to help the postal industry from becoming obsolete, though most require Congressional approval to be implemented. Yet Ottinger's stumbled upon a potential way to help the USPS that is so simple it just might work: mail things, lots of things. 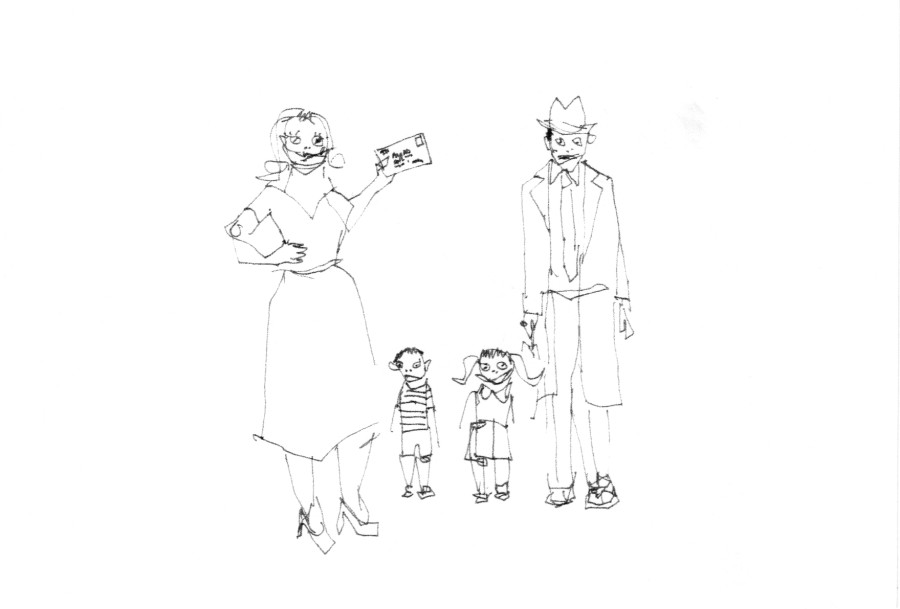 "It's been interesting doing the research," Ottinger told The Huffington Post. "It's become a lot more political than it originally was. At first I had this vague notion that the post office was in trouble and as I began doing research it's been really interesting. The project is the same but I feel differently about it. Even though in some way it's a joke -- I'm not actually going to save the post office -- I am having that altruistic impulse." Ottinger explained how her grassroots project went from something quite personal to something political. "The post office employs half a million people, and if it's privatized, they're losing their jobs. I'm glad the letter carriers know, at the very least, that people care about it."

The project has three parts. For the majority of the endeavor, Ottinger will author a hybrid Twitter/Instagram-like feed through the postal service, writing tweet-sized messages, observations or comments relating to the post office, with a corresponding drawing on the back. If you're not familiar with Ottinger's work, we'll briefly say her spindly drawings recall botched memories of influential childhood illustrations, their innocence marred in retrospect. They're as playful as they are disturbing, with each line simultaneously indeterminate and completely necessary. Upon receiving your personal postcard, you're encouraged to keep the mail flow going by sending a letter back. 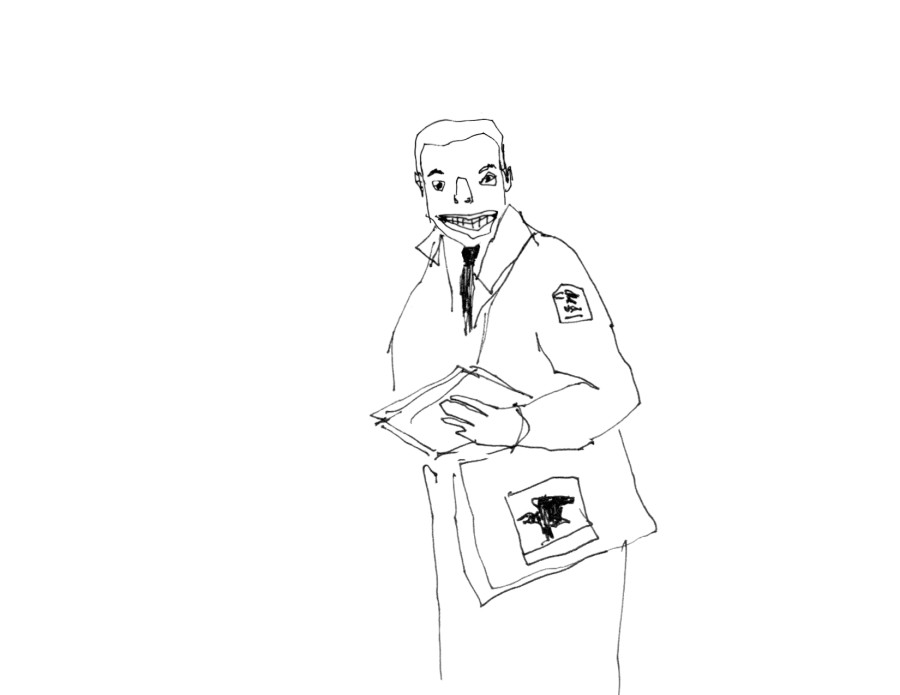 Aside from her faux social media feed, Ottinger will also be sending out, at less frequent intervals, her artsy take on supermarket flyers advertising real and fake products. Finally, Ottinger is hosting live events to bring the lost art of letter writing back to life. The first took place in mid-April at Mills College Art Museum, hosted by tongue-in-cheek collaborative Wonderment Consortium. The seminar featured a hand writing analysis expert, stamp collecting experts and a hate mail form letter to be sent to post office nemesis Issa, who's out to privatize the USPS.

"A theme in my current work is endangered species -- animals, books and organizations like the Post Office," Ottinger writes. "By attempting to save a huge organization with feeble means, it reveals our (real or perceived) powerlessness. The disparity between the size of the problem and the smallness of my solution highlights the futility of the project at all." 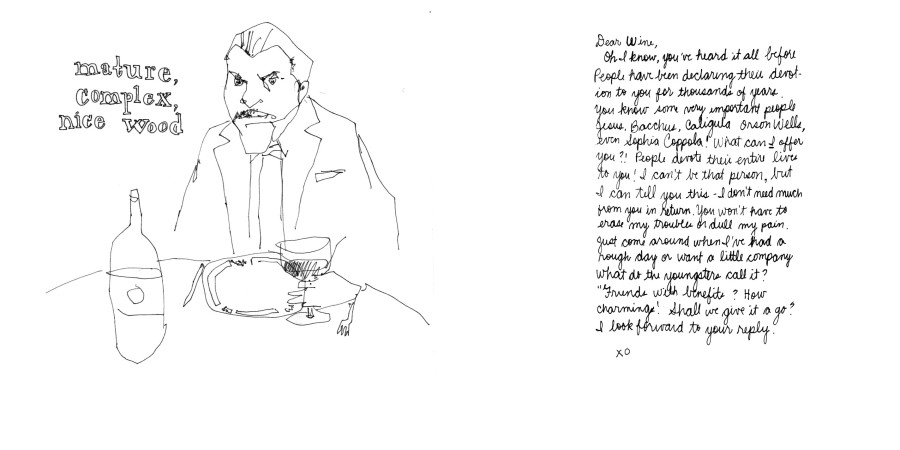 A subscription to partake in Ottinger's project costs $25. To sign up or learn more, email (or mail!) Jennie Ottinger. For more of her work, check out our interview with her from her previous exhibition "What To Do With Your Orphan: A Manual."