Although it's earned a good reputation in retrospect, childhood can be a perpetually terrifying experience. You spend years as nothing more than an innocent, defenseless flesh ball, navigating the world without the knowledge or power to protect yourself from whatever evils may lurk beyond -- be they a scary dog, a bossy teammate or a mysterious gentleman in a slow moving car.

Oakland-based painter Jennie Ottinger translates the gravity of those early years into paint, all the suspiciously grinning faces and all-in-good-fun sporting events, rendered with a hint of something sinister. Her current exhibition "Letter to the Predator" explores the sliding scale between predator and prey, pervert and ingenue, man and beast, nostalgia and nightmare. 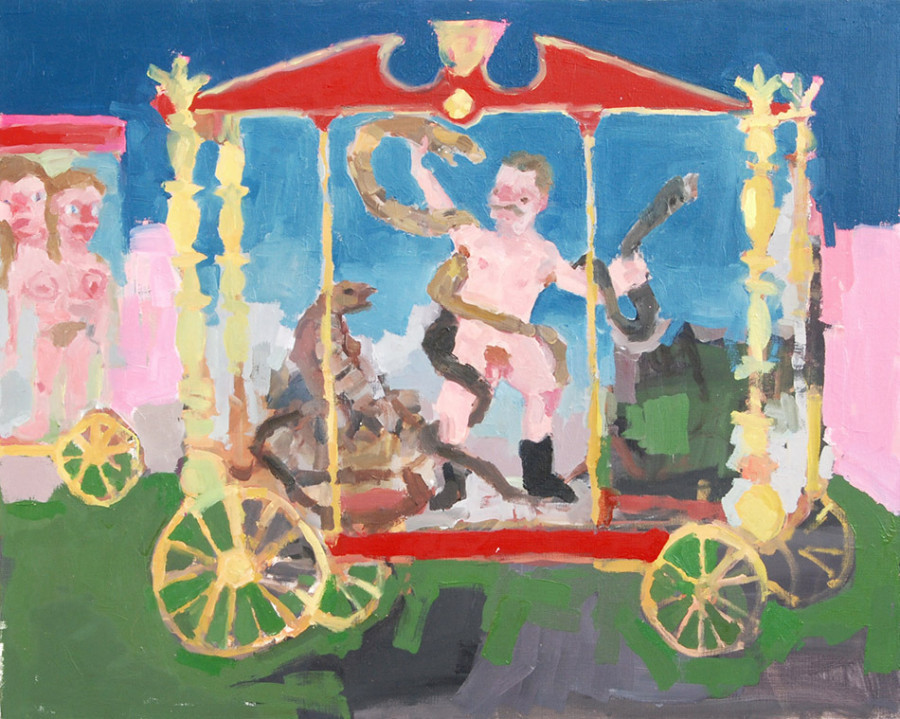 "When I was in grad school I imagined this correspondence between a captive tiger and a wild tiger," Ottinger explained in a phone interview with The Huffington Post, recounting how her newest exhibition came to be. "I just had them writing back and forth about their daily lives. I never even had thought about what it would ever be, it was just one of those things that happened organically."

This pretend friendship between one species spun two ways -- civilized and savage -- reminded Ottinger of her last show, which revolved around how uniforms and costumes create hierarchies and exclusive groups. "I decided to start painting humans and animals together and see what happens. I was wondering how I could represent them in space and how that would affect their relationship to the viewer." 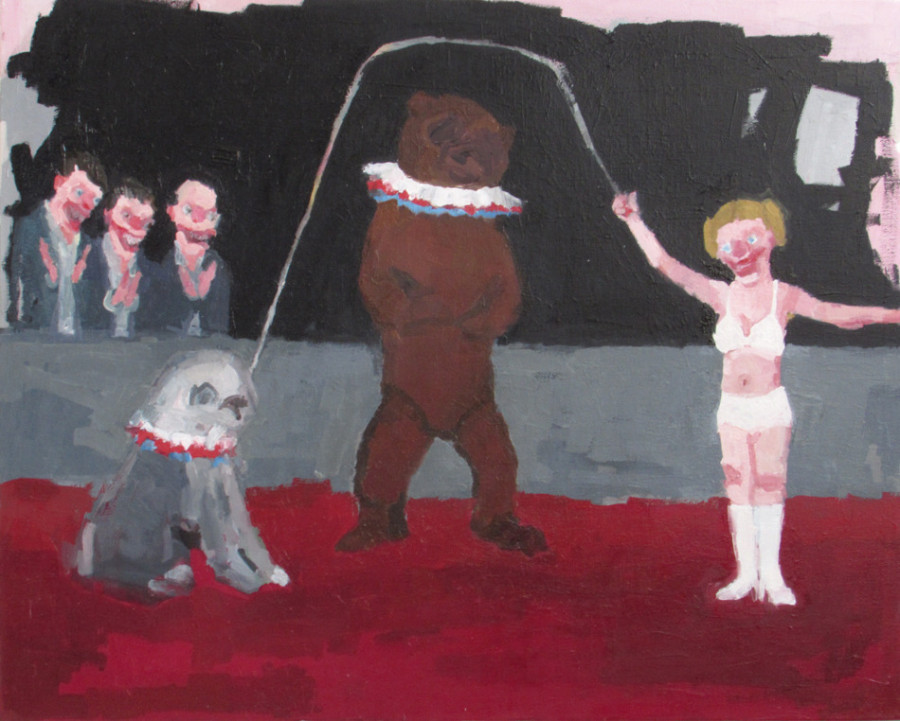 Ottinger took a little tip from MTV's "The Real World" as well -- mainly the mantra "Find out what happens when people stop being polite and start getting real." Stripping away the little laws that define our good taste, and even our humanity, Ottinger captures our animal instincts in full heat, from chewing with our mouths open to letting our flesh hang free. In her topsy turvy world, trained tigers exercise poise and restraint while catty cheerleaders and strangely nude men indulge their wilder compulsions.

There's a lot of nudity in Ottinger's show, mainly in the form of blurred, clownish bodies whose eyes bulge out more than their genitals. Although they often stand before an audience fully nude, they tend to appear more dangerous than endangered. "I thought I would make them vulnerable by taking off their clothes, but then I thought, 'Oh my god, they're totally creepy, perv-o predators!' It was really interesting to me. It changes the equation completely if there's an audience. There is exploitation. There is a whole different hierarchy." 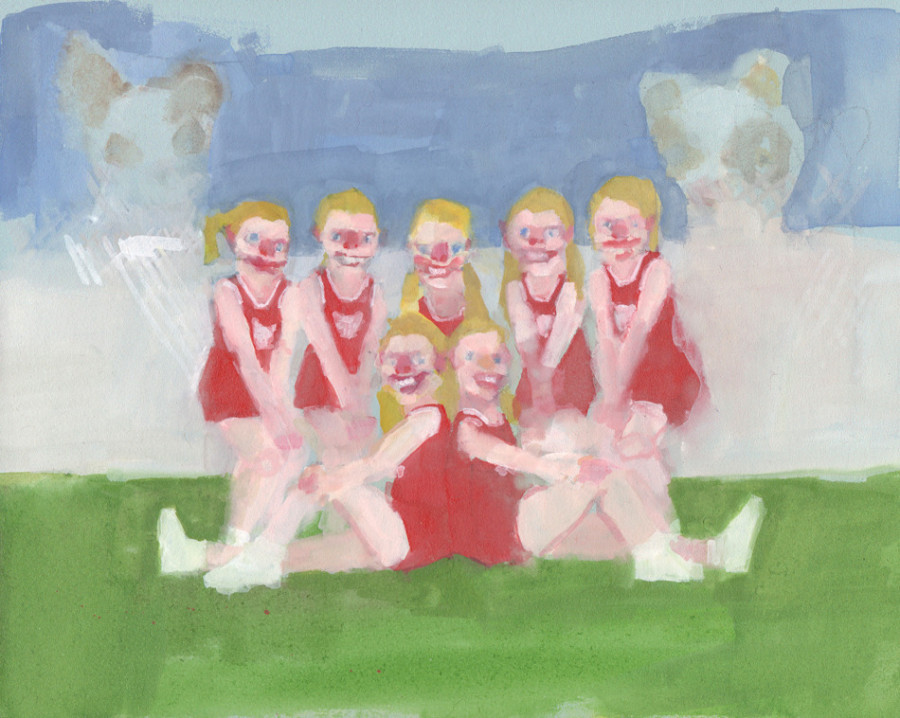 The artist recognizes other occurrences of this strange mishmash of predator and prey. "In our cultures cheerleaders are often the powerful, mean girls. But they're also teenage girls. It's both." In most of her paintings, you can see the cohabitation of child and monster in a single face, at once on guard, afraid and on the prowl. Pinkish mouths contort to resemble dripping maws; the uniformed ensembles and choreographed poses are the last vestiges of visible civilization.

Along with the paintings, the show features a slew of soft-sculptures, thrift store teddy bears that have barely made it through a botched surgical procedure. Childhood takes center stage here. The little guys, stripped of their adorable roots, become unidentifiable mutants, ripped apart and stitched back up with little care for what's what. "I made these little sculptures thinking of them as prey, little things you could eat up in one bite. And I was playing with the bigger ones -- what are the little things that make it something ferocious? Something vulnerable?" 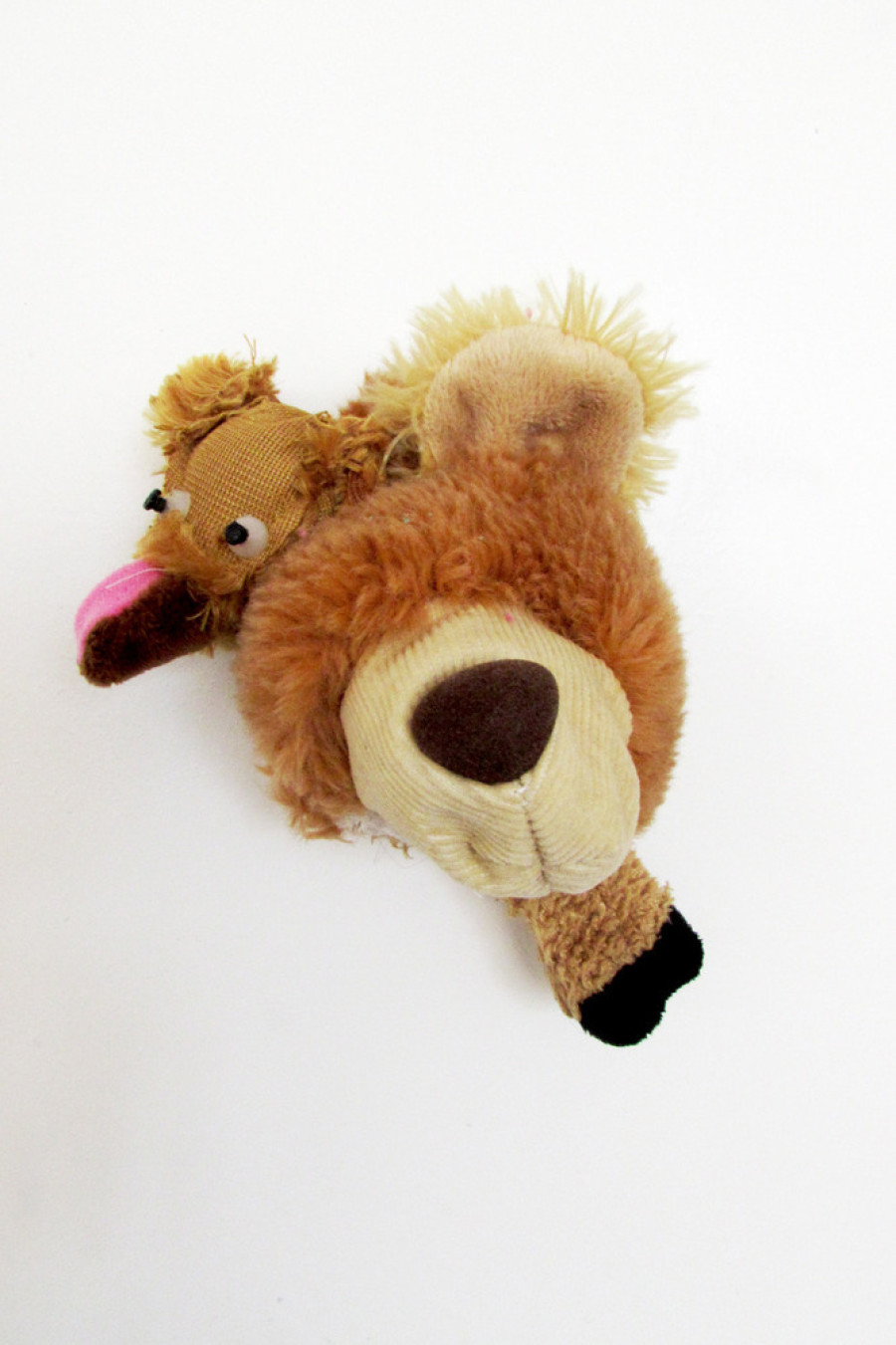 Mike Kelley's soft sculptures were a major influences for this portion of the show, Ottinger's first major foray into sculpture. "I also have this postcard on my wall of Jean Paul Gaultier's teddy bear when he was a kid. He put boobs on it -- he sexualized this teddy bear." The artist suggests that the warped teddy bears on view, a visual manifestation of childhood virtue left out to rot, serve as sites for youngsters to project their first understandings of sexuality and monstrosity.

The cuddly animals become spaces for youths to visualize their first fantasies and fears, the animal forms shaped and reshaped by human imaginings. Ottinger's show presents a visual world where the high stakes of youth are not minimized by adults but dramatized and fleshed out. Her anxiety-drenched canvases visualize the ever twitching power dynamics that are never quite as they seem.

Raise your hand if you feel creeped out by your childhood teddy... or just a bit aroused.

"Letters to the Predator" runs until February 28, 2015 at Johansson Projects in Oakland. Get a preview below. 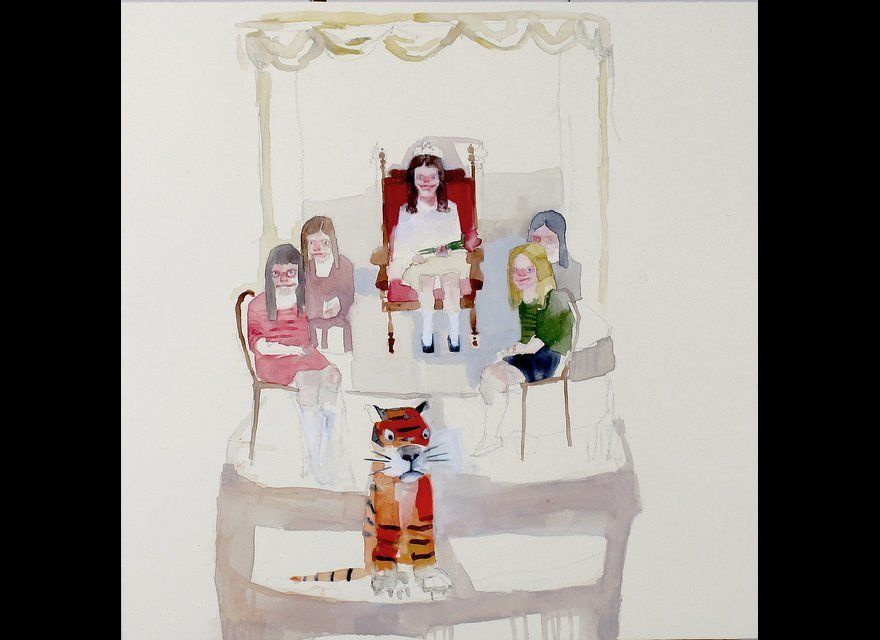