It would be naïve to assume that as a top celebrity in Hollywood, Jennifer Aniston could get any role she wanted. But the actress revealed Friday that she was drawn to play a mourning addict in the upcoming film “Cake” because she had her own doubts about herself. “I needed to do it so I could prove to myself that I was able to do it. So I wasn’t sitting there frustrated that I wasn’t getting certain parts because they knew something I didn’t know -- which was that I couldn’t do it,” Aniston told The Huffington Post Friday afternoon in Los Angeles.

Seated on a couch in a hotel suite at the Four Seasons, settled near the sunlight and in the path of a warm California breeze, it’s clear that Aniston is a pro. She has tirelessly promoted “Cake” ever since it premiered at the Toronto International Film Festival in the fall (she is also an executive producer), attending as many screenings and Q&As as possible with the hopes of ushering the film into the Oscar race. It worked, until it didn't: Aniston's performance was overlooked when this year's nominations were announced on Thursday.

After hearing that so many were shocked and even outraged that she missed out on an Oscar nomination for "Cake," Aniston's eyes welled up momentarily -- not out of sadness, but actually of gratitude. “I was amazed at how many messages of ‘Shocked!’ ‘Fuck ‘em!’ and ‘Robbed!’ I got,” she said. “I found it quite endearing and flattering that I had so many people rooting for me. It was almost just as good to be No. 1 snubbed than to be nominated,” she laughed, wearing her famous hair blown straight with a low cut white collared shirt that revealed almost as much as her Critics' Choice Movie Awards look from the evening before (she even wore similarly layered necklaces). “Now I don’t have any pressure.”

It's this kind of attitude that has carried Aniston through a career that spans more than 20 years (she starred in 238 episodes of “Friends” over a 10-year period and has also been in nearly 40 films). And yet “Cake” is not her first turn at drama. She received both praise and admiration for 2002’s “The Good Girl” and has tried serious tones, successfully, in films like “The Break-Up” and “Derailed.”

But there is something different about “Cake.” “It’s something I hadn’t done before. To take on such a wonderfully layered, complex character,” Aniston said.

Referring to the support group she gets kicked out of for being so negative, the fistfuls of prescription painkillers she washes down with alcohol, the weight she gained, the massive scars along her face and the chronic physical pain her character endures every day, Aniston views Claire Bennett with great empathy.

The character she plays suffers the consequences of an unexplained accident that renders her practically unable to do anything for herself. (Her housekeeper, played by Adriana Barraza, is her closest ally.) But the biggest pain of the film is the loss of someone very close to her, which has left Claire paralyzed in mourning.

“She feels that if she gets unstuck and heals herself, gets off the drugs and the booze, goes to her physical therapy and gets better, she feels she will forget [that person]. She will forget her loss,” Aniston said.

And yet it wasn’t the darkness of the role that worried Aniston the most. Or the lack of makeup. Or the weight gain. It was the drugs.

Being sure that the film accurately portrayed addiction was the biggest challenge, Aniston stated. “I sent it to a psychopharmacologist, a therapist and also someone who helps heal people with chronic pain,” she said.

“I wanted to understand what the effects of narcotics mixed with booze are when you’re in pain. Are you getting high? Is it numbing you? The opiates make you feel some euphoria, but what about when the drugs are lessening in your body? There is a physicality that comes along with that.”

As inspired as Aniston was by the role -- including the six weeks of preparation she did on her own -- and the willingness to try it with a less-seasoned director, Daniel Barnz, she doesn’t believe she could have done it any earlier in her career.

When asked if there is something particular about where she finds herself in her personal life or her career that made her want to do the film, she responded simply and without hesitation: “I have a level of ease right now in my life. I have an unbelievable partner who supports me and loves me and makes me feel like there’s nothing I cannot do,” she said, referring to fiancé Justin Theroux.

“There is something about having a partner who supports you that kind of allows you to have a real ‘fuck-it’ attitude. I gotta just go for everything, cause if I fall down on my face, I got my buddy right here to dust me off and say let’s keep going.” 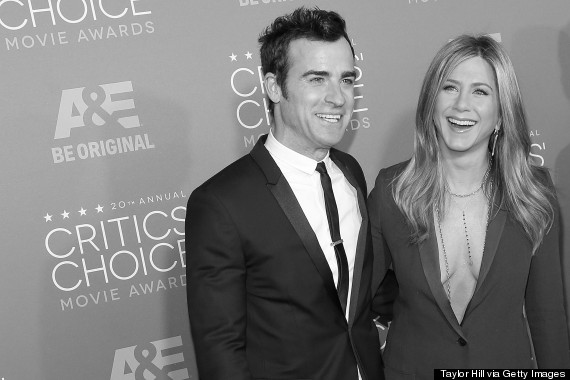 But the keeping-on is taxing for stars in her position, particularly women. While plenty of publications, including the New York Times, have written about her performance in “Cake,” headlines are more often something like "Jennifer Aniston, Angelina Jolie Avoid Red Carpet Run-In."

Just Thursday night in L.A., the two stars shared the red carpet at the Critics' Choice Movie Awards and apparently it was the first time this has happened since 2009.

“That stuff is getting better. She made such a beautiful movie,” Aniston said of the media coverage that often pits the two women against each other. “But they’re not focusing on why we are on the carpet together. They’re focusing on the catty bits and the drama, and there’s no drama.” 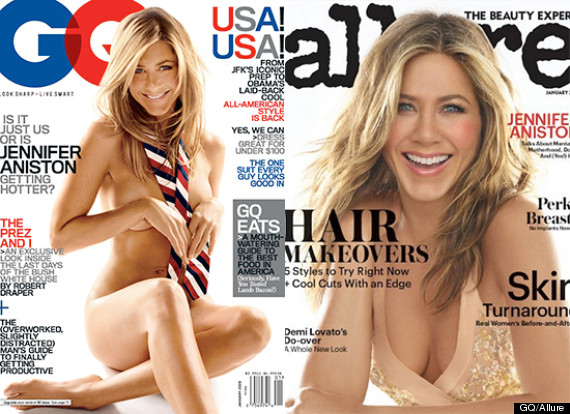 When asked how she remains sane in a industry where she is constantly being critiqued, one day on a "too thin" list and the next on a "she’s let herself go" round-up, Aniston considers it carefully.

“You don’t listen to it. Sometimes you’ll come across something by accident. But you have a core group of friends and family and everybody knows the truth and you know the truth,” she explained, referring to the cyclone of rumors in the media.

Considering her Oscar "snub" and the heaviness of a movie like “Cake,” Aniston’s taking it in stride is either a product of her many years in the spotlight, or the result of a deeper relationship she seems to have cultivated with gratitude.

The first to compliment someone else’s performance, she made sure to note Oscar nominee Julianne Moore’s speech the night before at the Critics' Choice Awards and to mention her film “Still Alice.”

“People want to see human stories. We watch them because we have empathy and we learn and we have compassion for people,” Aniston said. “‘Still Alice’ is so beautiful. Julianne is extraordinary. It brought me to my knees.”