No, world, Jennifer Aniston is not pregnant, even though she is the subject of yet another pregnancy rumor. This time, it was fabricated by Us Weekly.

Splashed across the magazine's most recent cover, the headlines read "Jen's Big Secret" and "After years of trying, she's finally going to be a mom at 44." Inside, the story cites "evidence" like a "curiously clear work schedule" and suspect wardrobe choices. The mag purports the actress chose a draped Vivienne Westwood gown for the Sept. 14 premiere of "Life Of Crime" in Toronto to purposefully hide her bump. This came after a flurry of media speculation over her stomach at the Aug. 1 premiere of "We're the Millers."

"Her stylist had to redo her whole press tour wardrobe," a supposed source told the publication regarding talk of a baby bump sighting.

Alas, Aniston's pregnancy is nothing short of a farce.

"Jennifer is NOT pregnant and their story is just another fabrication," her publicist, Stephen Huvane, told E! News Wednesday.

"The whole story is a complete fabrication all the way from a supposed cancelled Smartwater shoot to Jennifer asking for a late check-out in Toronto and to her stylist having to rework her wardrobe," Huvane told the New York Post's Page Six. "None of this ever happened and shame on US Magazine for once again getting it all wrong. Jennifer is NOT pregnant."

Us printed the denial, but still published the report. (It's worth noting that the article does not appear on the publication's website.)

Last month, Aniston addressed the rumors herself during an interview with Australia's "Kyle and Jackie O Show."

"It does feel like they've exhausted the question, and also the speculation. It's all been pretty much exhausted," she told the hosts. "Why not just wait until we actually get to have the fun of announcing something? Who wants to play the guessing game, whether it be [a] family wedding, this, that, the other thing?"

So, can everyone leave her womb alone now? 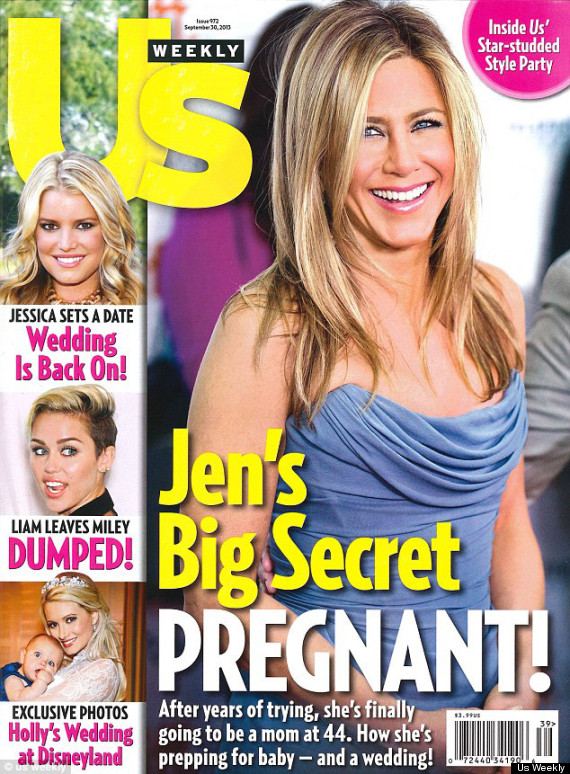 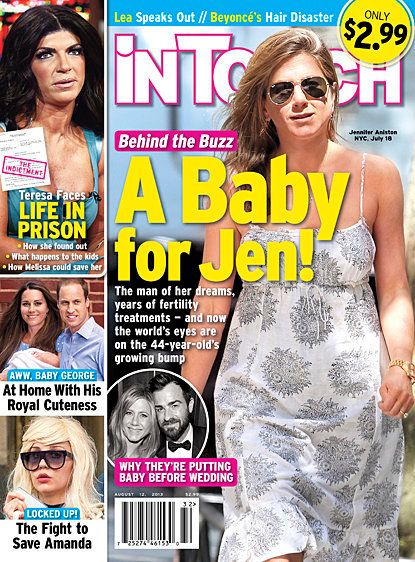