Jennifer Aniston has summarzied her secret for looking good. The "Bounty Hunter" star is on the cover of the UK Harper's Bazaar - on sale this week - and inside, responding to her thoughts on Botox (which she says she has avoided) she says she could never give up wine or dairy and, "My advice: just stop eating shit every day."

She also talks about her "rebirth" five years after her split from Brad Pitt and the failure of "Derailed."

Below are quotes from the press release.

On her love of British comedy:

"I so love the British sense of humour - I was obsessed with Benny Hill and Monty Python as a child. Oh my god, and I am so hooked on Ricky Gervais."

On her fans being upset by her racy roles:

"With Derailed [a dark action thriller opposite Clive Owen], I loved being racy. Love it...But people couldn't cope with me being involved in rape and murder."

"The last five years have been about spring cleaning for me. Now it's time for my rebirth. I love trying new things. I can't just be put in a box."

On the power of women:

"I grew up admiring strong women like journalist Barbara Walters and super-agent Sue Mengers, who represented Ali McGraw. But now look where we've got to as women. We've had a woman run for President. There is nothing like our power."

"I could do it, and I mean these lines are getting deeper every day, but when I tell you what's happened to me - these lines are just about living. Look I eat really well and I work out, but I also indulge when I want to. I don't starve myself in an extremist way. You're not taking away my coffee or my dairy or my glass of wine because I'd be devastated. My advice: just stop eating shit every day."

On her fellow Hollywood leading ladies:

"I love what Drew Barrymore is doing with directing. It's so much about a rebirth for her, and I love it when people are living in the now, like her. I hate it when people look back and regret what they haven't got. That's how I feel about my own life now. And my God, let's talk about how much I love Demi Moore as well. What kind of Kool-Aid is she drinking?"

The whole May issue and Aniston feature is on sale April 1 (no joke!) and the below photos were taken by Alexi Lubomirski and are courtesy of Harper's Bazaar. 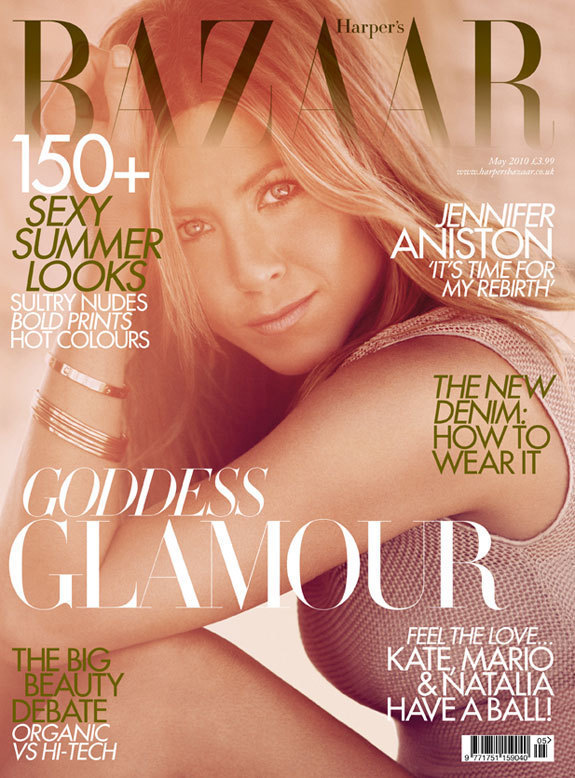 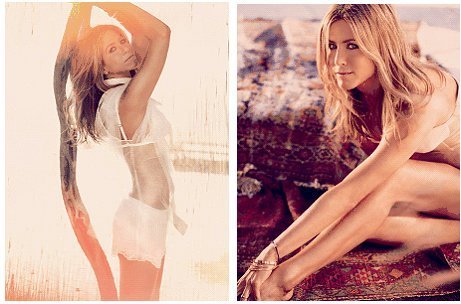