Bring up the topic of Spanx around a group of women, and you're sure to hear a pretty heated debate. The polarizing shapewear has pit two camps firmly against one another: one in support of Spanx and the other against the slimming undergarments.

It's safe to say that Jennifer Coolidge is in the latter camp. The actress talked Spanx with the New York Post at a Cinema Society and Alice + Olivia screening of "Austenland" this week, and she had a few choice words about the skintight shapewear:

"I hate Spanx because even though they look so good under your clothes, sometimes mid-wedding I'll be like, 'I feel so nauseous.' They’re so tight, who knows what you're cutting off?"

Not us, that's for sure. But we do know that Hollywood is pretty supportive when it comes to Spanx. Stars like Katy Perry, Oprah and Adele swear by Sara Blakely's cellulite-smoothing invention. Even Tim Gunn admits that dudes like himself benefit from a little shaping. No wonder Spanx released a "Star Power" line catered specifically towards red carpet moments.

Just take one look at the bizarre shapewear on the market, though, and you're sure to cringe at least once. And don't even get us started on the control top undies Renￃﾩe Zellweger wore in "Bridget Jones' Diary." Octavia Spencer even recounted how Melissa McCarthy's were once so painful, she had to take them off at an award show. At best, we have a love/hate relationship with Spanx, and we're sure many women feel the same way. So kudos, Jennifer Coolidge, for putting it out there.

What do you think? Are Spanx more of a life-saver or a nightmare? 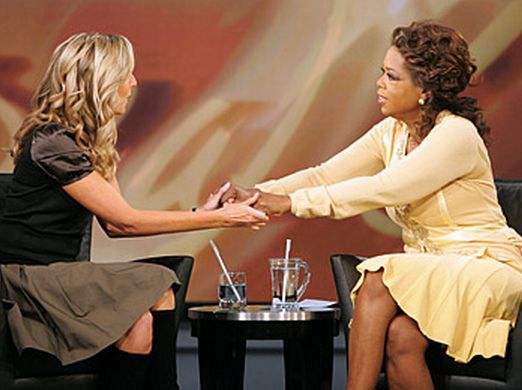