Ben Affleck's new flick "Gone Girl" has been the buzz of the week, topping the weekend box office with a $38 million debut. But Affleck's wife Jennifer Garner doesn't think it was just Gillian Flynn's novel that got people buying tickets.

The "Men, Women and Children" actress stopped by "The Ellen DeGeneres Show" for an episode airing Wednesday and got candid about Affleck's decision to go full frontal in the David Fincher-directed flick.

When DeGeneres suggested the nude scene might be helping ratings, Garner agreed: "He's showing his penis. I think you're probably onto something. What I have to say is, 'You're welcome,'" she joked. "I just try to consider myself a charitable person and I wanted to give back. You give me so much, I wanted to give something back to all of you."

As for whether or not this was Affleck's first full frontal nude scene on-screen, the 42-year-old actress replied, "Outside of our very racy film [home]? Yes."

"Did you talk about it?" DeGeneres asked.

"It wasn't a discussion,'" Garner said. "It was like, [using her Ben Affleck impression] 'Hey, at work today Fincher talked me into coming out of the shower.' And I was like, 'Oh, cool, well, I hope he had on a wide lens.'"

During the interview, Garner also shot down pregnancy rumors, saying, "I am not pregnant, but I've had three kids and there is a 'bump.' From now on ladies, I will have a 'bump' and it will be my 'baby bump' and let's just all settle in and get used to it, it's not going anywhere." 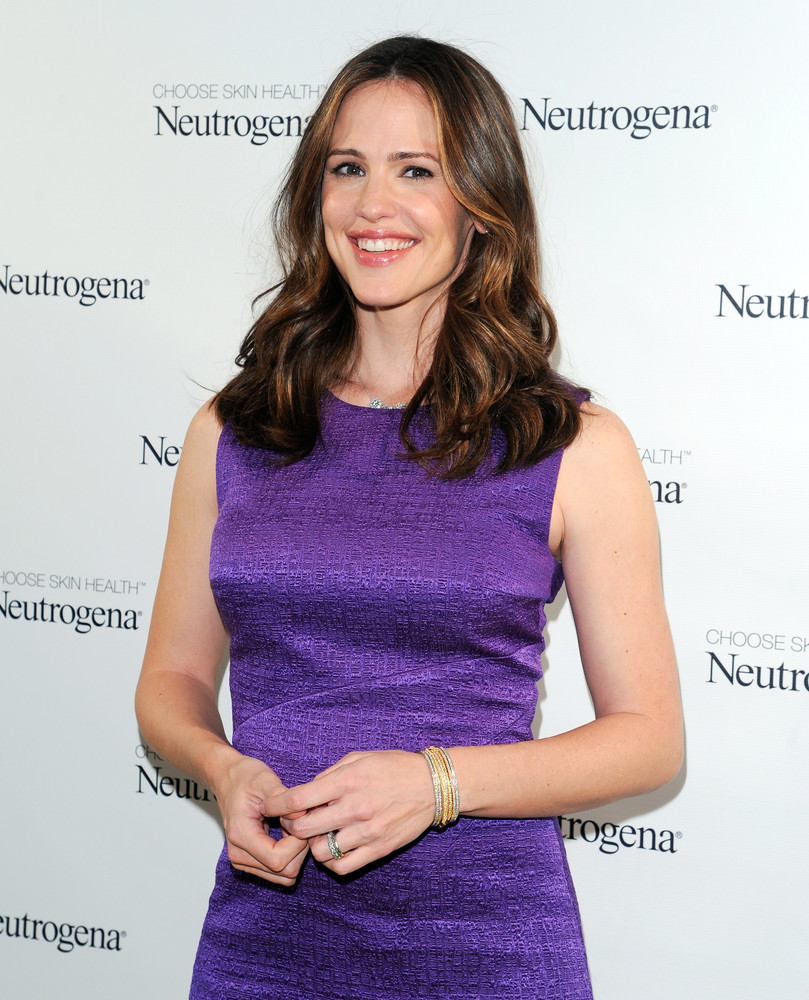