A key to marital success for Jennifer Garner and Ben Affleck is a bit of mindfulness.

"You can't expect to be courted all the time, and I don't want to court him right now – I don't have the energy!" Garner tells InStyle for the magazine's October 2014 issue, per People magazine. "But we're definitely in a very mindful place where we're making an effort to be together, do things at the same time, and be loving."

The two married in 2005 when Garner was pregnant with their eldest daughter, Violet, now 8. They are also now parents to Seraphina, 5, and Samuel, 2.

“When we had our first [child], we had only been together a year," she tells the magazine. "We were babies. It happened so fast, I hardly remember what we were like before the kids got here. Now we’re just starting to go away for a night here and there.”

Although they are Hollywood A-listers, Garner and Affleck embrace the roles of parenthood like any regular couple.

"We are divided down a very mom-dad [line]," Garner told Jimmy Fallon in April. "If it has to do with making food, or [doing] homework or anything that has to do with actually functioning -- sorry it's true -- that's a mom thing. And then coming in just as you're getting them to bed and picking them up by their heels and swinging them around, that's a dad thing. Anything fun, that is Ben."

And when it comes to keeping things steamy, they apparently have a stack of sexy Polaroids for that.

Check out Garner's full interview in the October 2014 issue of InStyle magazine, on newsstands Sept. 19. 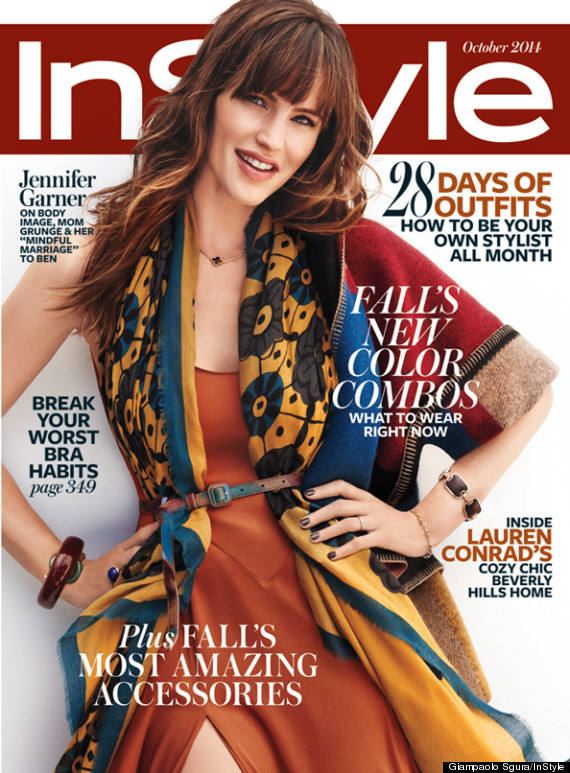