Alicia Keys and Jennifer Hudson clearly got the memo that leather is on-trend. The two Grammy Award-winning singers were looking like twins Thursday night in leather accented ensembles at the Sundance Film Festival premiere of their new film project "The Inevitable Defeat of Mister and Pete."

Alicia, who produced the film, and Jennifer, who stars in it, opted for edgy looks consisting of leather tops, skinny jeans and black leather boots. Coincidence? Perhaps. However, the film's gritty plot line -- two inner-city kids forced to survive on the streets after their mothers are taken away by authorities -- doesn't really invoke the look of ultra-feminine frocks.

We're loving the versatility of the leather pieces. Alicia's leather-paneled sweater looks warm and cozy when teamed with the white turtle, while JHud's short-sleeve leather button-down is fastened all the way to the top, which is giving a total hipster vibe.

Check out the stars in their matchy-matchy leather toppers below. Cute, right? 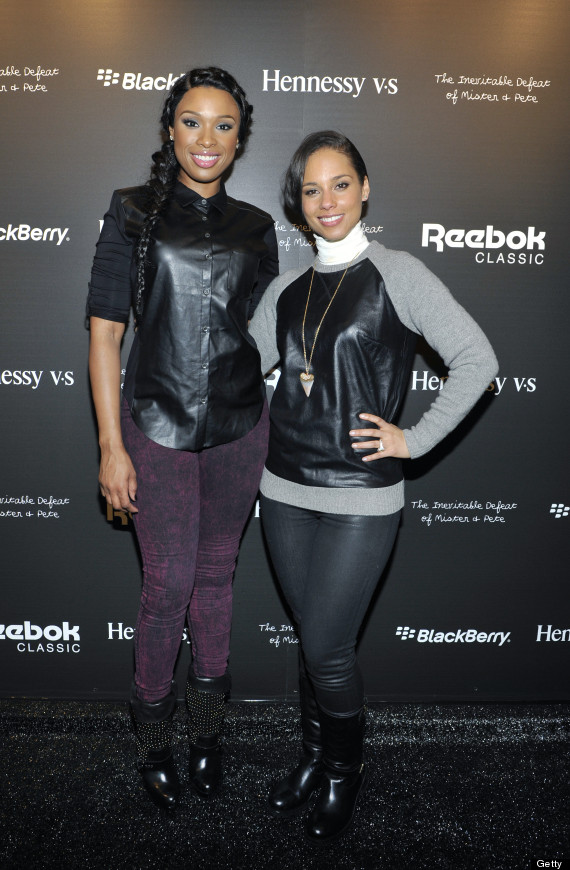 "The Inevitable Defeat Of Mister And Pete" Premiere