A plethora of stars came out to honor Michael Jackson at a tribute concert in Wales on Saturday night, but a last minute pull out dimmed the ticket in Cardiff considerably.

Hours before the show, Oscar and Grammy winner Jennifer Hudson announced that she would not be performing, tweeting, "To my uk fans that were coming to the mj show in wales. I will no longer be attentding [sic] due to major production issues."

Following a surprised reaction from fans, the "Dreamgirls" star followed up, writing, "I would have thought they would have informed you all by now , so since they did not , I am. Thank u for your support."

According to TMZ, Hudson was upset that she was not given enough time with the music she had agreed to sing. TMZ also reports that Hudson was paid in full ahead of time, which may cause legal problems.

Chris Brown and the Black Eyed Peas were also no-shows; Brown was reportedly denied a visa to enter the United Kingdomd due to his criminal record, while the Black Eyed Peas pulled out earlier in the week amidst speculation that they were breaking up.

Still, concertgoers were treated to performances by artists such as Christina Aguilera, Cee Lo Green, Gladys Knight, Beyonce (via satellite) and three generations of the Jackson family, including appearances by the late superstar's three children. 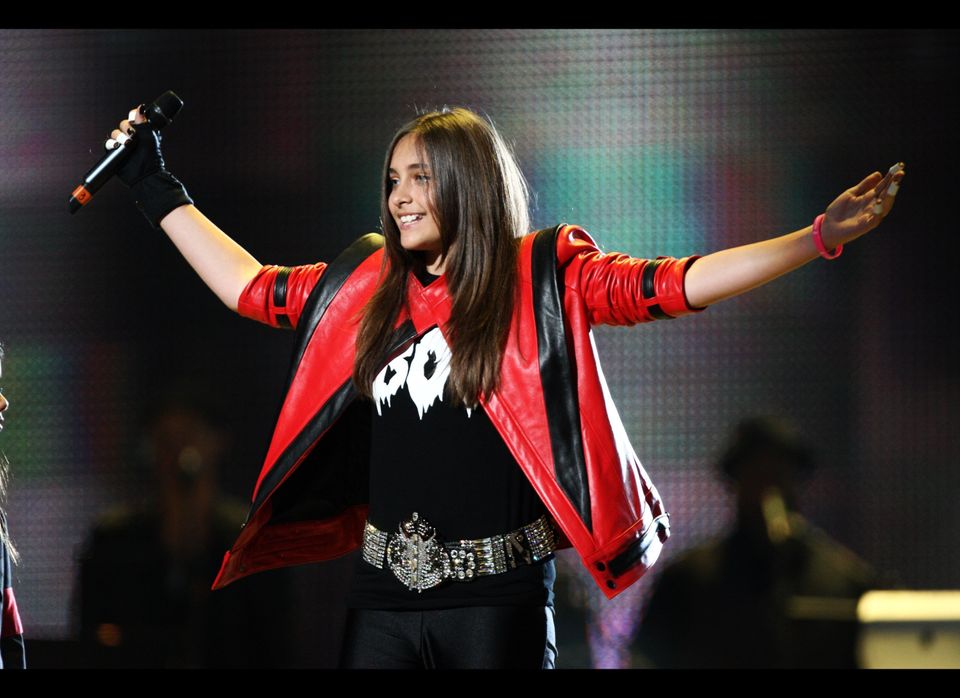