Jennifer Hudson may be one of Weight Watcher's big success stories, but after shedding more than 80 pounds, the 31-year-old singer is finished losing weight. In an interview with Redbook magazine, Hudson says that she's at her desired weight -- but that people think that she is still slimming down.

"I’m at the weight I want to be," she said. But I hear all the time, 'Don’t lose any more weight, you need to stop.' People are under the impression that I’m still losing but I’m not."

In 2009, Hudson and fiancé David Otunga welcomed their first child, David Daniel Otunga Jr. Her body transformation -- she went from a size 16 to a size 6 -- since giving birth three years ago is something the "Dreamgirls" star says she's still adjusting to. "I’m getting used to my new self more than anything else. I got used to being plus-sized and knowing how to be that, whereas this is like, 'Okay, who am I?' I keep thinking that I probably need an extra-large or a large and the stylist is like, 'No, you need a medium or a small.'"

Hudson isn't the only celebrity to have signed as the spokesperson for the weight-loss program, of course. In May, new mom Jessica Simpson reportedly inked a $4 million deal to become a spokesperson for Weight Watchers. In October, six months after giving birth to baby Maxwell Drew Johnson, Simpson revealed that she had already shed 60 pounds. 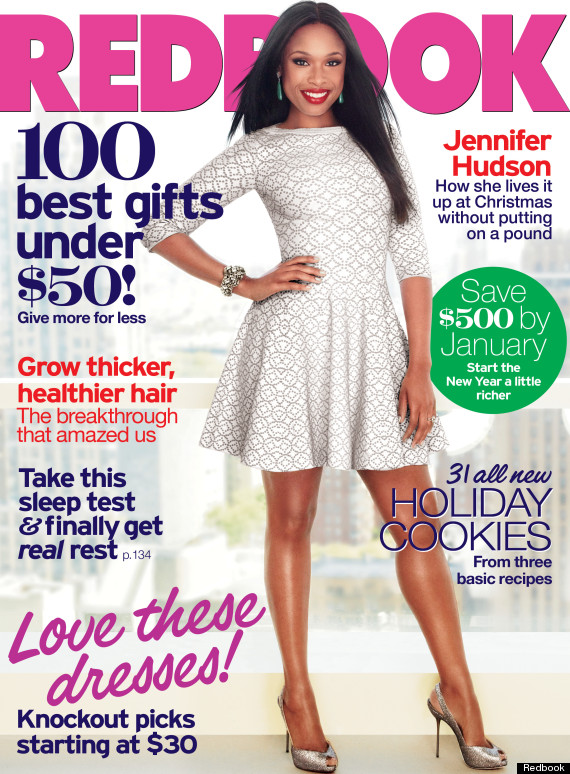