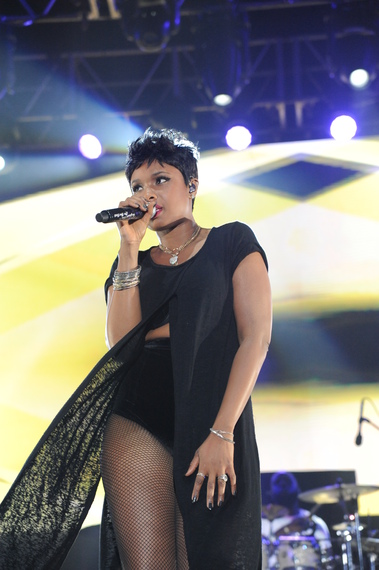 Dropping 80 lbs is no small feat. Keeping it off is even harder. And feeling good about who you see in the mirror, is probably the hardest. Jennifer Hudson has accomplished all of the above.

Undeniably J-Hud has had an amazing health transformation journey and the world has been there to watch every stage. We've watched as she's changed and transformed from a cute, curvaceous size 12 American Idol hopeful, to a slim, sexy Academy Award-winning star, to a health and body champion for Weight Watchers. Still, when you meet her, it's surprising how unabashedly comfortable she is standing next to you taking pictures in a multicolored bra top.

She loves her body. You can tell the minute you step into her presence.

I caught up with the soon-to-be Broadway starlet and chatted with her about body image, fashion, and her Broadway debut in "The Color Purple." Who's getting tickets? 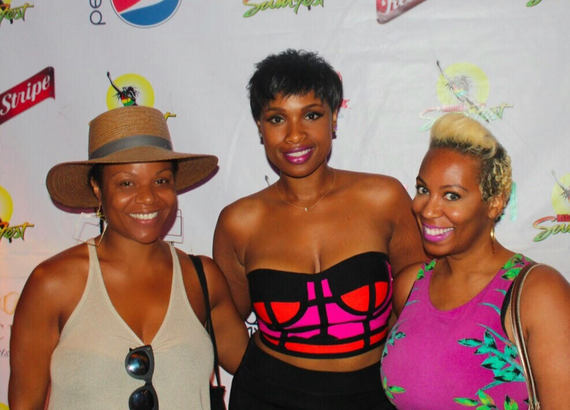 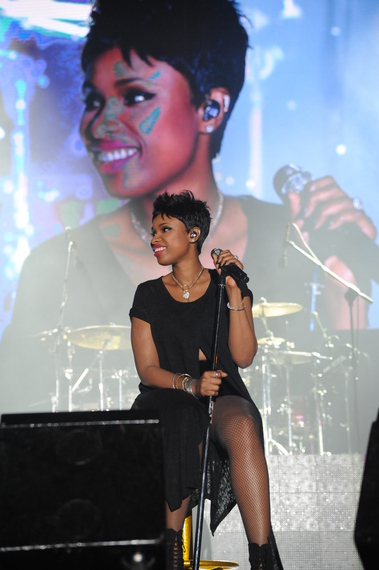 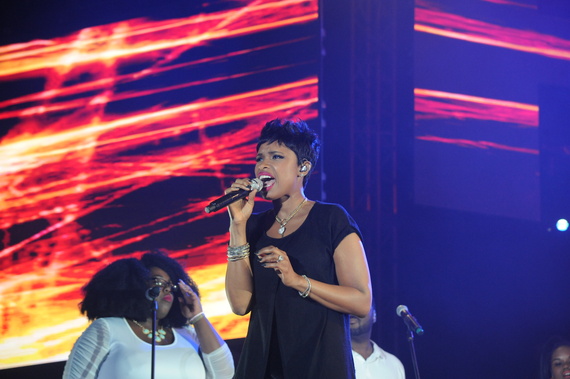 Jennifer Hudson loves her body. And why shouldn't she? She looks amazing. This was even more obvious the second she paraded out onto the Reggae Sumfest stage in front of nearly 15,000 people in a bra top, high-waist boy shorts and a cape.

"We are in Jamaica, that's why I left my clothes," she laughs. "I'm just excited to be here."

The star confessed that it's the people of Jamaica who motivated her somewhat revealing ensemble. "I like to be inspired by the people. I brought everything out my closet. I got an extra hotel room just to put all the clothes in," she said.

The women of Jamaica were equally unabashedly stylish. From size 2 to 20, women hit Reggae Sumfest in their best festival fashions. There is just something powerful about Jamaican women and their ability to celebrate their bodies at any size and J-Hud is all about that.

"You've got to embrace yourself. Love what skin you're in," says Jennifer Hudson. "It's not about what other people think. It's about what you believe about yourself, so own it."

The Grammy and Academy Award-winning artist may have finally come to terms with her body, but she's still a little anxious about her upcoming Broadway debut.

"[I'm] nervous as hell," admits the songstress, "because its an industry that I have the utmost respect for. I've been able to perform in every facet of entertainment, but I feel like with theater it's a live show every night. You have to have that same energy to deliver each and every show. It's going to take a lot of discipline. I've been moving around for about 15 years straight non-stop. So for all of that to just stop and for it to be about one stage with a very intimate audience -- that's the ultimate challenge as a performer.

Somehow, I don't think she has anything to worry about after seeing her perform live on the Reggae Sumfest stage. You be the judge. Check out her amazing performance at Reggae Sumfest below.